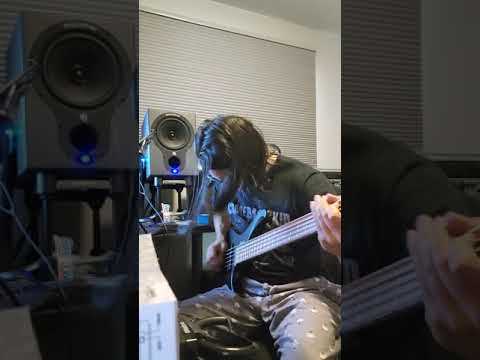 Working on a few things:

Sounding really good man. Too bad you’re on the other side of the country. Bassists that can play metal/metalcore/shred are impossible to find

@guitarenthusiast thanks man, I appreciate it! I’m always down to collaborate remotely, it’s what I’m mostly trying to do now lol. The main reason I got into bass is because it’s so hard to find a good bassist, might as well try to fill in that void in recordings myself… But I’ll never play drums as good as Mr. Superior Drummer.

One artist that early on made me want to pick up the bass is Jamiroquai; the bass is such a dominant instrument in those songs, and the lines are always sick. The “straight octave” funk groove is pretty easy with a pick, but the “triplet” feel (I’m not sure if that’s what it’s called) is a nightmare. I ended up using a D - hammer on - U picking pattern; definitely took some timing and pinky strength, but I’m loving the results! 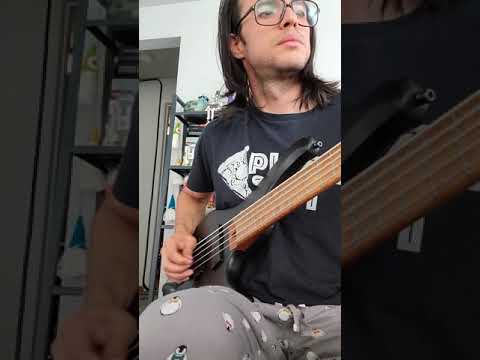 I keep meaning to learn more “shred” bass lines but not too many that I can think of, so I figure I start playing some of my favorite Dream Theater unison lines: 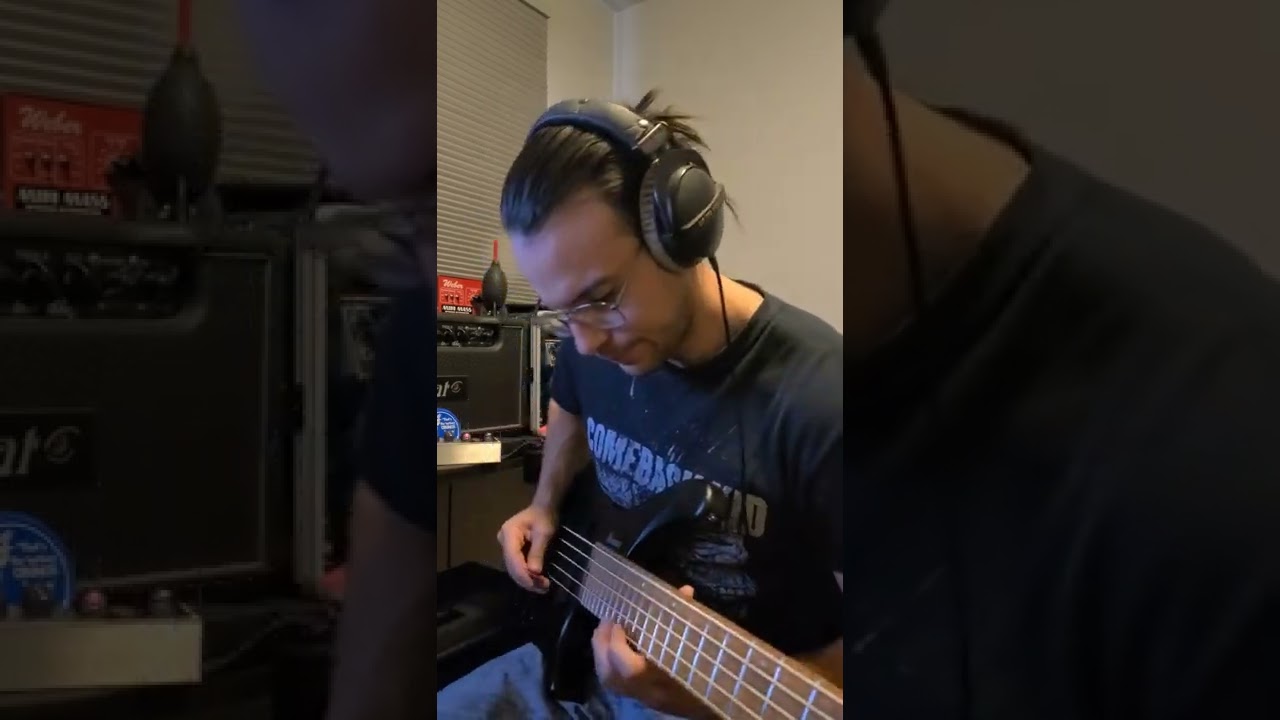 This pattern feels oddly reminiscent of “Universal Mind”, similar phrasing and I think the same tempo (156 BPM)? Would probably be a good “cross trainer” if you’re learning it; don’t have to skip strings, but does require position shifts and odd tempos.

The biggest challenge for me was getting used to that little silence in the playback (I think it adds a little bit of a lag) before the song starts!

PS: I found that YouTube on desktop lets you choose custom playback tempo ranges, useful for learning things and slowly ramping up!

I’m wondering do you find bass has helped your guitar at all? I remember Troy talking about adapdation in terms of changing scales, as in size. Like changing your mouse dpi from high to low, it increases adaptation and learning. I’ve not got a bass but perhaps I should buy one…

This is really interesting to me as I was recording bass recently for some of my own stuff and found the pick noise really bothered me. So I ended up using a more rounded picking with almost no edge picking. It wasn’t hard stuff though! Makes me want to give trailing edge a go. I’ve never tried it before

100 dollar p or jazz bass knock off at glarry, why not.

I’m wondering do you find bass has helped your guitar at all?

I purposely didn’t start playing bass “seriously” until I felt pretty comfortable at the stuff I wanted to do on guitar, mostly I was afraid I would not be able to differentiate the two instruments and technique would get messed. Since I started, I gave up on fingers and switching to picks made it a better time tradeoff, since I didn’t have to learn a whole different skill set to play. It’s helped in that I don’t always want to play guitar, so picking up a bass gives a similar stimulus while still being fun, since you’re able to play so many sick bass lines! The role in music is different, so it forces you to think as a more foundational aspect of what you listen to.

Makes me want to give trailing edge a go.

You have nothing to lose, give it a shot!

I hate that I can’t do this well, as it’s what Chris Poland did to get such clear notes. He does it three finger grip and has that powerful attack.

I always forget that Chris does trailing edge! Love his playing!

Meant to update this a while ago! Some clips of me trying to nail tones of songs I dig, particularly by players that are known to use fingers only. I lucked out and found bassless tracks!

Missed a couple notes while jamming out on this one: 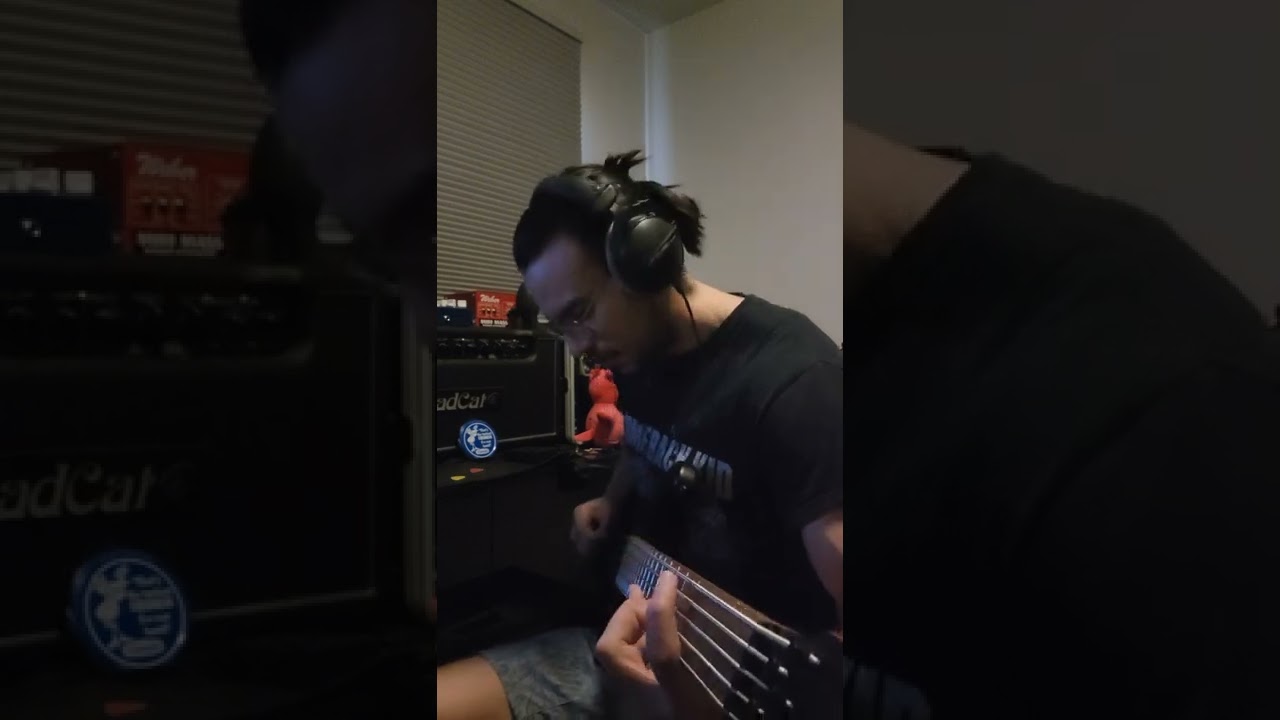 This one was cool because I never realized how much forearm rotation / elbow movement I use. I also went an octave lower in the “breakdown” and it felt / sounded awesome to me: 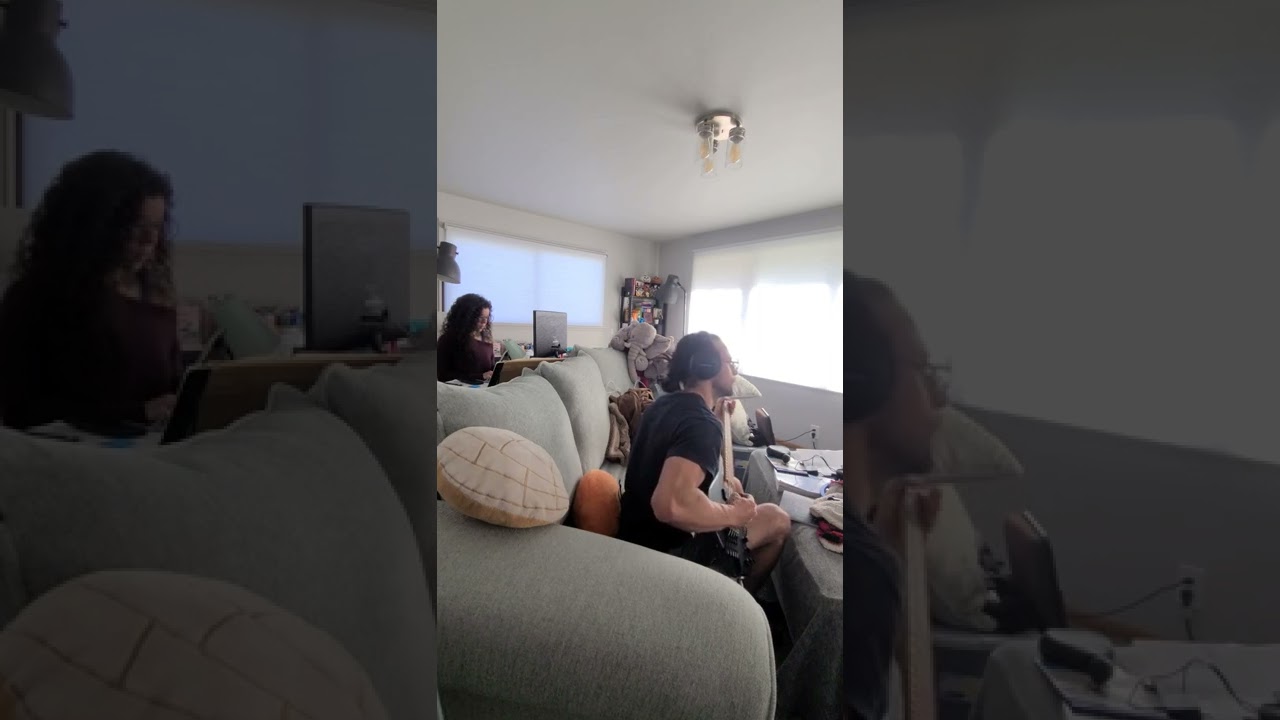 I hate that I can’t do this well, as it’s what Chris Poland did to get such clear notes. He does it three finger grip and has that powerful attack.

I’d always sort of idly looked at Poland’s hand and thought “ah, Benson grip” but actually looking at this video it looks like thumb and second finger with the first finger not on the pick.

I think its like most three finger grips where the index acts as support rather than grip. Keeping the pick from moving around too much

Didn’t see the links but I vaguely remember him holding it how you describe (middle finger mostly with index finger side support). I find myself doing the side support thing with the middle finger, so reversed!

You do it really well too. How would you describe the difference between leading n trailing?

@WhammyStarScream Hmm so some random pros / cons of trailing edge (from my perspective, some of these might be switched depending on personal preferences).

@WhammyStarScream I posted a video!

Trying some slap stuff with a pick! I can feel the hate from the internet already… I threw in a random “shred” line for fun. 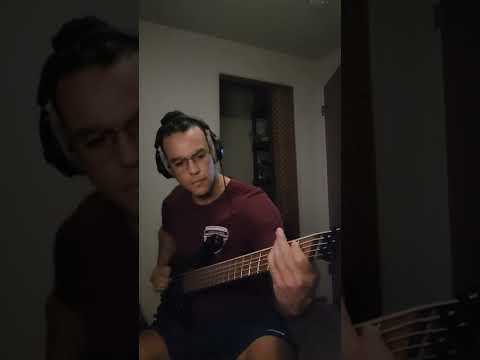 I’ve been using the 3 finger grip pretty consistently, as it allows me to really dig in hard. This clip I feel is more or less carried by the bass getting pounded, lol.

After reading @CalvinScarified 's thread, I realized that I didn’t have any random production clips up, so I started this thread to throw stuff out there for feedback / fun. This one is a “commission” from a friend to do an intro for his podcast; he wanted something “Gojira-ish”, which I took as a full on rip off, lmao. I didn’t spend any time on the mix really, I just loaded up a drum instance that I had used previously, as well as guitar / bass sims. I might clean it up later, but for now he …

For single note fast stuff, the jury is still out.