I’m posting this in case anyone listens to it and has questions that might help with their own writing. I’ve been composing, to varying degrees, since 1988 and leading groups playing my music exclusively since 1994. The other details aren’t necessary right now; I’ll address them if questions give them context. I have many more compositions that range from solo piano (I’d be hard pressed to find those right now), string quartet / quintet, piano quintet, small group ‘heads’, small group compositions, large ensemble things, etc, etc.

I’m not looking for feedback. I address why toward the end.

Some notes about this piece / rendering:

I’ve always (well, since the mid-late 80s) had a very clear vision of what my music was going to be, the path I would take, and at what times in my life I was going to do the ‘bigger picture’ things (expand my group, start playing other instruments - and how ‘accomplished’ I needed to be by ‘what age’, etc). Early on I also knew nobody would care about what I was doing, so I let go of the idea of touring, selling albums, etc. Because of that, I don’t write / play for anyone other than myself. Well, I don’t write ‘for’ myself, I write what hits me, if it moves me. I don’t care if it’s listenable to other people. What counts, to me, is if it’s intoxicating to me. If people dig it, cool. That mindset is likely very different from many musicians, since music tends to be a way to communicate with and to people.

I have a massive, MASSIVE backlog of compositions and fragments that needs to be dealt with. Most of it is beyond my technical ability, which is one of the reasons I’m on CtC. 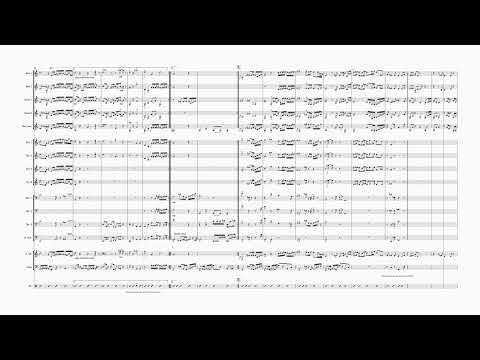 Anyway, let me know if you all have any questions about composition or anything else I brought up in here and I’ll do my best to answer them. Over time, I’ll post other pieces for the same reason.