A game plan for alternate picking on acoustic

I’m an acoustic player and strict alternate picker, with a default motion that’s a DBX stroke using mostly wrist and a little elbow, in the broad family of Carl Miner, Molly Tuttle or David Grier (minus 80% of the precision

). I’m trying to figure out a separate system I can transition to for uberfast lines, including an escape stroke for crossing strings while buried–like most of the top DSX alternate pickers will do when they need to go into top gear.

I have a few constraints:

My current thinking is this:

On paper this seems pretty elegant; I like the fact that each finer motion is handled by a correspondingly part of the arm.

This is currently more-or-less what happens automatically if I force my main motion to be wrist. The main difference is that unless I laser focus on using a specific escape motion, the escape motion tends to become a messy blend of stuff rather than just fingers, including bizarre combinations like elbow and fingers.

I think if I practiced, I could get the escape stroke to consistently be all fingers, but before I go on that particular wild goose chase I thought I’d run it by you other CtC’ers.

If this option fails, a similar alternative I could live with would be raising my wrist when I need to escape, rather than using fingers, as I mentioned earlier. I don’t like this because it uses the same joint for two tasks, which I’m sloppy at, but at least it’s separate motions, so I think I’d be able to make it work over time. It feels pretty natural (in fact there are certain places I can put my hand on the strings where it will happen automatically) but so far I just don’t get the fine control that I can accomplish with fingers.

I suppose I didn’t have any action item in this post, which would explain the crickets. The question is simply: using fingers for an escape motion is a bit unusual–does this seem like a logical decision? As a bonus question, do y’all know of any players already doing it?

If I understand your question, you might look at a few Andy Wood videos. Directly pertinent is the discussion at 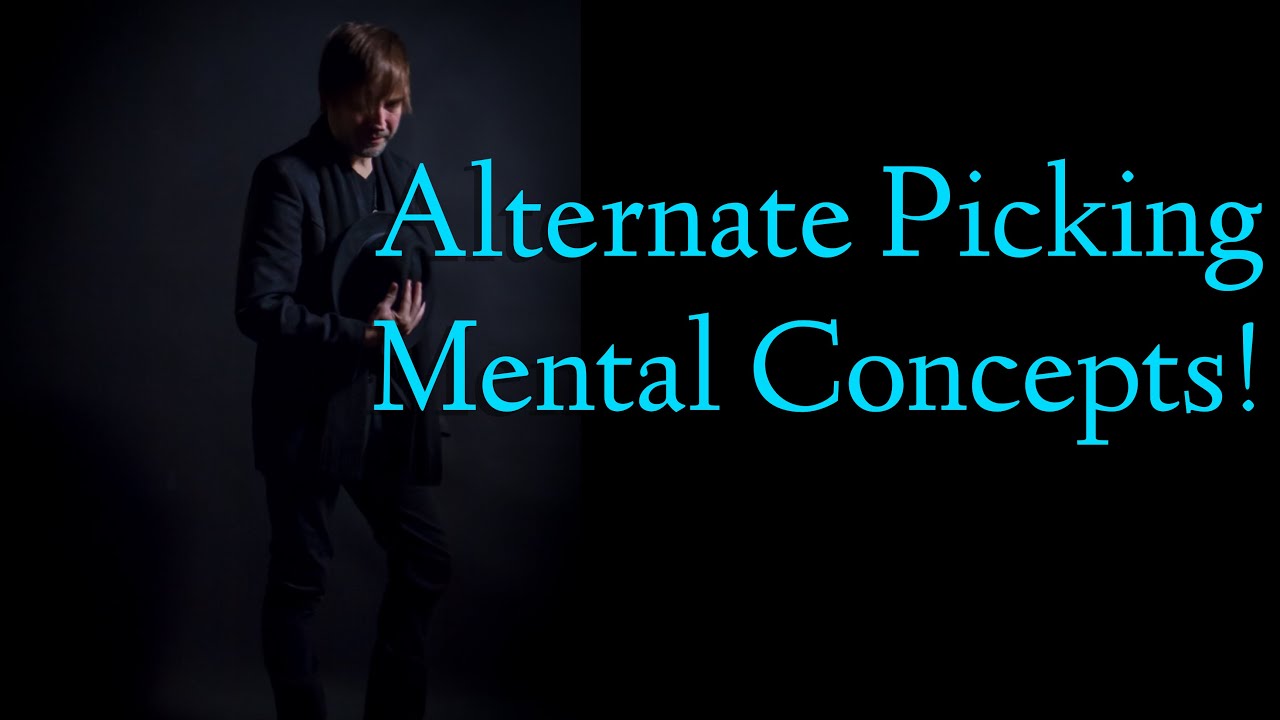 That whole video is good: 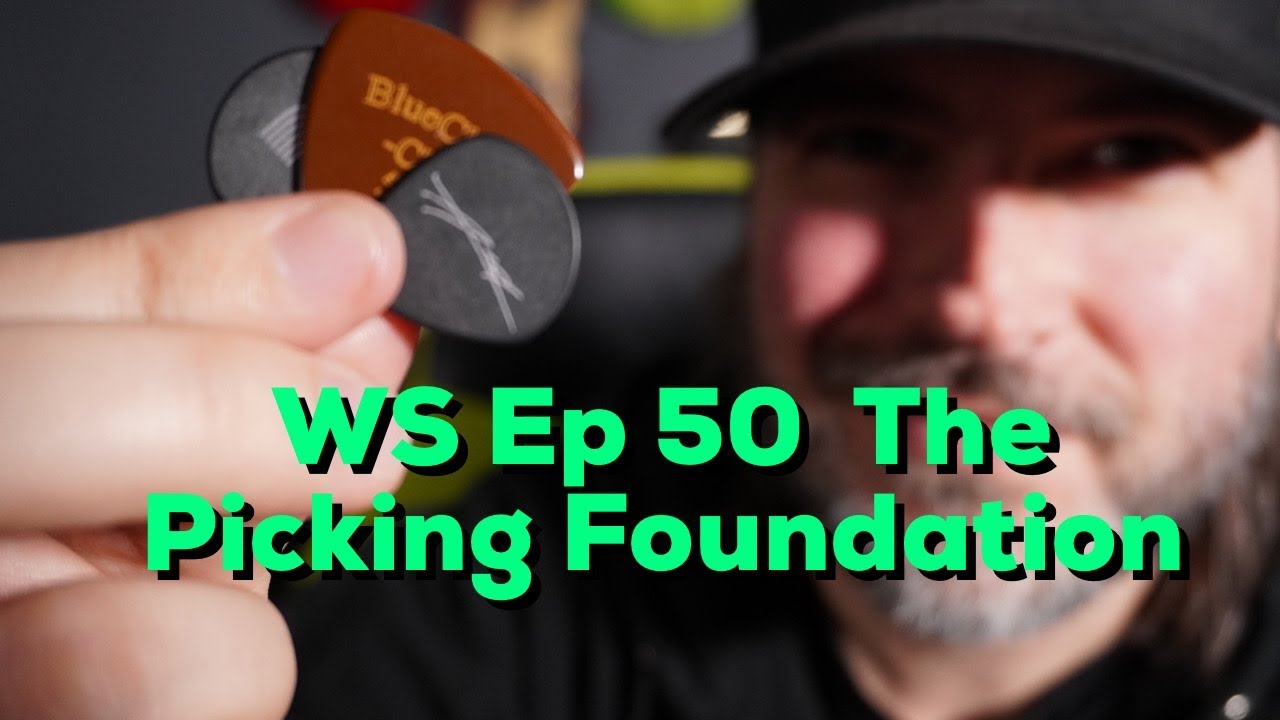 …and the Andy Wood material on this Cracking the Code site.

I think this might be where you get into trouble, i.e. trying to choose the type of motion you’re making at different speeds. Here’s an Instagram post from today on this very topic: Some commenters on yesterday's post were asking why David Grier switches his...

None of the changes you see in my technique here in these pentatonic examples are things I’m consciously “doing”, they’re just what happens when I try to go fast and I try to play as smoothly as I can while getting the notes right.

So I think the short answer to your question is, the best way to find a picking motion that works is to choose some representative phrases you want to play, and try to play them fast first with smoothness. Note-level accuracy doesn’t matter as much as motion smoothness and speed in these early steps. Once you find some motion that can go the speed you want, and it feels smooth / easy, and it’s getting at least some of the notes right, then you have something you can work with. Whatever motion that is, the sorting hat has chosen for you!

@Troy: Hmn. I think I may be closer to that than I made myself sound. I have a natural motion and I’m trying to adjust it in a relatively small way in order to be less sloppy on string transitions.

When playing fast, the motion that feels most natural to me for actually producing the note, is some combination of wrist and elbow, with a downward pick slant, slightly supinated arm, USX. For string tracking I use mostly shoulder if the guitar body is not restricting my shoulder motion (e.g., on a Strat or a classical on my left knee) or mostly elbow if the guitar body is restricting my shoulder motion (e.g., a dreadnought acoustic on my right knee).

In the second case, my picking motion tends to move from more elbow to more wrist, so that my elbow can do string tracking instead of my shoulder.

This all happens automatically after years of playing fast with no particular plan, and was established even before I started thinking about incorporating CtC ideas in my playing. It feels natural and mostly pretty relaxed. There’s no hard transition between my picking style for slower lines to what I’m describing here, and I don’t try to enforce one.

The problem is that while all of that stuff is consistent, my string escape motion is pretty sloppy and random. If I try and play something with a lot of odd numbers of notes on a string, like a 3NPS scale or Steve Vai’s (mostly) 5NPS exercise where you play a chromatic scale in one position, I can make the transitions ~95% of the time, but it’s sloppy and practically any part of my arm can end up being involved. My brain has caught on to the gimmick that you need to escape when you’re changing strings on a downstroke and about to get stuck. But it still hasn’t figured out a good and consistent way to actually perform that motion.

The most common escape motion I notice myself doing is lifting my wrist, which is physically comfortable, and it works pretty well when I am able to pick with my elbow (because I am on an instrument where my shoulder is free and I can use that for string tracking). But if I try to do it on an instrument where my shoulder is not free, then I end up using my elbow for string tracking, and I am forced to use the wrist both for picking and the escape motion. And while that’s still physically comfortable, it gets sloppy, because the same joint is responsible for two things.

One of the other ways I notice myself escaping the strings is with my fingers (less common than wrist, but it happens). It gives me the independence that I need, but feels a little strange, and I feel like I’ve rarely if ever seen other players doing it. Steve Morse obviously uses a ton of fingers and he’s escaping on every note, but he’s doing a unique DBX motion that isn’t very similar to mine. So my question is whether I might want to focus on letting the finger technique predominate, or should I just (let’s say) focus on cleaning up my wrist so that it can pick and escape the same time more cleanly. I’m not talking about forcing it either way; just trying to steer myself to use a finger motion that I can already do.

P.S.: in my original post I wrote “DSX” when I meant “USX”, when referring to some well-known players as a reference point. So I’m sure that didn’t help for people to understand!