Any one ever get into Pat Martino?

So I’ve been transcribing Pat Martino for a couple years now and can never get to the speed that he’s playing? In one of his books he has 6 different shapes that are related to the modes of the scale and I’ve learned them all. No matter how hard I try I can’t get it above 120 BPM. I have meticulously been studying Troy’s Malmsteen lessons in pickslanting. I have conquered some big hurdles and getting some of the major scale modes. However I find it difficult to apply it to Pats playing. Can you can anyone shed some light on Pats technique? I’ve heard him talk about it and he says that he doesn’t focus on it at all. Would love some tips. The logic of upward pick slanting basically is the same as damn word pickslanting except for in reverse so I can definitely see how the anti-gravity thing could possibly work with Pats playing. Anyone shed some light on this subject could be greatly appreciated

Pat is a pronated (i.e. “upward pickslanting”-style) crosspicker, similar to Molly Tuttle and David Grier. If you’re trying to do get there with a one-way pickslanting technique like Yngwie you’re going to run into a million scenarios that don’t “fit the rules”, where you have to rearrange fretaboard notes, use pulloffs, or make small changes to the line to smooth out the picking. This is actually a really cool homework assignment, and whenever I do this I am reminded of just how far you can get with “only” downward pickslanting, and how little the technique actually constrains you musically.

If you want all notes picked using the same fretboard shapes that Pat uses, you can use Molly or David’s pure alternate technique. Or you use Jimmy Bruno’s technique, which is a two-way pickslanting economy style. Jazz lines that move mainly in one direction, then turn around and come back, are ideally suited to two-way sweeping, aka economy. The rare scenarios where you have to bounce back and forth between two strings, most economy types either avoid that or use small bits of “inside picking” crosspicking.

Yeah I transcribed a lot of Pat Martino, I of course agree with Troy that the crosspicking technique is likely going to be the most fruitful.

However, you can rearrange and re-finger lines to work to work for primarily one way slanting, and/or reduce the slant changes.

In fact, there’s a great guitarist named Greg Duncan that I took a few lessons with, he used to live here in Boston now he’s in NYC, and he was into Martino stuff (and a nice blend of modern/bop stuff) and could actually play and improvise Martino-esque lines, live with a band, at much faster tempos than Martino plays.

Interestingly, his whole thing was about upward slanting and re-arranging things to fit his pick technique, but at the time (long time ago now) he was getting pretty comfortable with the downward slanting and two way slanting too, he just started it with the base of UWPS. Also interestingly, he did this either post music school or during school, where he really revamped his technique after playing a long time with other techniques and not being satisfied with the sound he was getting.

He didn’t use the cracking the code vocabulary at all and maybe didn’t even realize he was “slanting”, but he got the re-fingering concept and could do some bonkers stuff. (the lessons were very helpful!)

Of course, it can be tricky to do all the martino lines note for note with one way slanting, but you can rearrange and do quite a lot of very similar stuff. or do slurs etc.

But to play with his fingerings, and play his exact lines…yeah…crosspicking.

I could see economy picking working, however, I’d imagine it would take a lot of work to get the economy to sound as strong and tight (and loud) as Martino’s playing is. Not saying it’s not possible, it just would be a lot of work. Even bruno’s thing has a smoother, lighter sound.

I’d imagine it would take a lot of work to get the economy to sound as strong and tight (and loud) as Martino’s playing is.

Pat definitely has a “sound” with his staccato attack, and that could be a good or a bad thing depending on your perspective. His lines pretty much all have similar articulation. I think a lot of people are amazed that he can get that similar articulation all the time no matter the fretboard shape. That is something of an achievement. But I can see why that could sound “samey” to a lot of people. It’s all good to me. If you ever want a depressing evening, just wade through the comments on any video of Pat playing with pretty much anyone else:

Good lord people it’s not a competition. Sco is great, as is the legato-ey thing he does, as is his angular modern harmony stuff. Many things can be great in the world, let’s enjoy them all.

On the opposite end, there’s a great clip of him playing a solo on that tune for literarily an hour, picking 8th notes straight through. It’s amazing his hand doesn’t get tired. 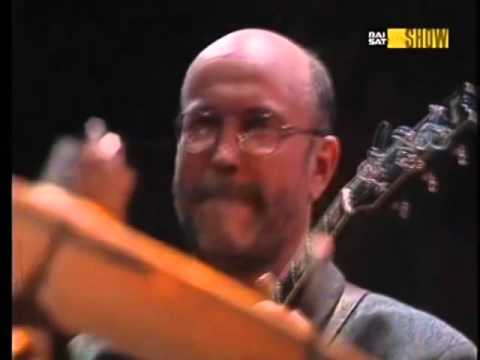 Personally I like that strong, driving sound Pat gets. It’s his thing. I also like Sco, or Holdsworth, or Tim Miller, who all sound totally different

PM can also be incredibly lyrical when he wants to be, even on quick lines. great recording here:

On the opposite end, there’s a great clip of him playing a solo on that tune for literarily an hour, picking 8th notes straight through. It’s amazing his hand doesn’t get tired.

I knew what this was going to be before I even clicked it. I think someone did a ten-hour version!

Woah! You were right, good crosspicking technique really is effortless!

When I was 14 my guitar teacher made me a mixtape, in order to introduce me to sounds other than the ones I was into at the time(namely punk). Side A was all jazz guitar, side B all classical. The jazz side opened with this… 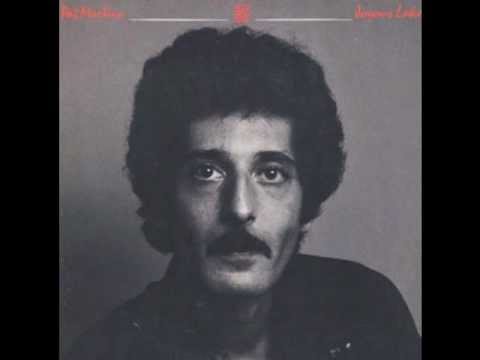 …and practically ruined me for life.

Much later I spend years practicing Martino’s stuff, initially using his fingerings, but as I was becoming more aware of how my own technique was coming together, I started re-fingering pretty much everything.

I’ve been a huge fan of Pat Martino ever since I got interested in jazz (his recording on sunny blew my mind). I looked into the linear expressions book and even though I learn the lines I couldn’t play them up to tempo so I didn’t really used them that much (I think this has to due with the fact the that at that time I wasn’t really practicing my scales in close position.) Then I looked into the way he finds chords from the augmented triad and the diminished chord and I did start using that a lot, because if you know your scales, you can come up with any chord without knowing that chord shape, and that eventually eases the way to arpeggios( chord tones). When Troy posted the 2 min cross-picking video I decided to try those linear expressions again and to my surprise I started playing them at 130ish bpm (still 10 bpms away from Pat’s tempo, and of course I did not play them clean) Just this past week I found out my problem was at the left hand not the picking hand so I changed my hand position to a more classical type of posture (even though I use to not feel comfortable with that hand position now it feels more natural and it is a total improve from the cleanness of the notes) so after practicing studies 1a, 2b to 4a, 4b at 130 bpms I feel more comfortable playing them, in a good day I can speed them up to 160/170 of course at that tempo the clean issue comes up again so that’s my main focus now, once I overcome this I’ll post a video if that helps. Just some advice would be to experiment with cross picking and to experiment also with your left hand, and this is super important; don’t over do them (just play one study and then take a 10 min rest and work in something else that is slow, at least until your hand gets use to playing them fast, and because you know we all get overwhelm when we do something continuously wrong) hope this helps

To answer the question posed by the thread title, I’m sure some have but not me. He’s a jazz guy, right? The only jazz players I listen to are Al DiMeola, John McLaughlin, and when he’s with The Trio, pack DeLucia! paco picks almost as fast as the other two and he doesn’t even use a pick; he picks with just two fingers!

this is a very nice gig

Troy
It’s been a minute since I posted this. Thanks for the reply! I have been studying Martin millers ( guide to picking) and that has pushed my ability to minimize movement and relax my hand. I re read this reply and started looking at some of the old Pat lines I could never play past 120bpm. Today I played 16th notes at 140bpm following your advice for pick slanting! Sincerely blown away.
Thanks man

Also Troy have you ever gotten into Jimmy hearing? Any tips on his style?