Are metronomes overrated? Do they hurt more than they help?

So I guess I have a complicated learning history. Over about 12 years, I acquired several bad habits that only now I’m figuring out how to overcome, and it severely hindered my technique and learning process. I could get by, but I never really felt like I had control of my instrument. It was like that for various reasons, like not being patient enough with myself and wanting to be better and play more difficult things than I could actually play at the time, and relying on fake technique to get the job done. Another reason was anxiety.

If I remember well, I think that for a time I focused on playing along with the metronome, and I might haven’t even practiced without the metronome at all. That was until one or two years ago, when I started going metronome-free. Not only that, but I started to practice without much regard for tempo. I’m aware when I’m playing out of tempo, and I’m doing it on purpose. For example, I might play a passage at a slow to medium tempo, and when I get to the tricky part of the passage I slow the hell down to really focus on my fingers and the sensations I feel.

I’m aware that I need to play things at tempo eventually, but what I now believe is that practicing with a metronome hindered my technique and tempo more than it helped. It pressured me with staying on the click, even if that meant using fake technique in order to manage that. The metronome gave me awareness of tempo, sure, but I wasn’t developing the proper technique to actually stay on tempo in a relaxed, technically efficient way.

So my personal hunch is that metronomes might be helpful for developing tempo awareness, they might be helpful either when you don’t have that awareness yet or when you’ve already developed your technique to the point when all that’s left is to make sure that it all flows together at tempo. They might help to test if we can play a passage at a given tempo. But they might be damaging if we use them with the intention of developing technique, and that technique might be better worked at no-tempo.

I feel like I’ve been fighting my own nature when I practiced with a metronome, that forcing myself to play with the beat when my body wanted to go out of tempo hindered the development of technique, because my body and my mind might have been attempting to figure things out at a speed where it could be relaxed, and I didn’t allow it. Furthermore, it might have given me the impression that all parts of a given passage were equal, when I needed to spend more time with one part than other. Now, I can’t say that was the fault of the metronome, but of my approach, but I still think that the metronome might have influenced me in such a way that it convinced me of its authority, rather than being just a tool to be used in the correct way.

Overall, I feel like I’ve been making a lot more progress since I’ve started to practice without the metronome. I don’t mean to say that there aren’t times when the metronome is helpful, but that it must be used with the right intention in mind. I feel like I’ve skipped something fundamental about the development of my technique and that practicing without the metronome is more useful. However, it makes sense to me to use the metronome to glue the music together, or practice scales, etc, when the technique is at a more solid level. I use a metronome when practicing drums. I slow it down if I’m working on a more difficult passage, but at times, that passage is so unfamiliar to me that I prefer to turn it off altogether.

This might have all been common sense to you guys, or it might be a new idea. I don’t know

I’m interested in hearing you guys’ opinion on this.

I think the metronome has a time (no pun intended, maybe) and place. Developing technique I don’t think I ever really relied on it, except to benchmark myself. The most useful I feel a metronome is to learn complex lines and bring them up to speed.

More abstractly, the ability to play is time is crucial if you ever want to perform with anyone else.

A year or two ago I would have said metronome is the most important tool for developing timing. Now, I consider it a tool just like anything else. It took me many years to realize that a metronome in and of itself won’t fix things like innately bad timing, which I possess. If I have to RELY on the metronome to give me my tempo, I’m using it wrong.

I think counting down beats out loud while playing may be the best possible way of gauging and improving your awareness of time. I realized this when I tried counting down beats to riffs I’ve played my whole life. Like Sweet Home Alabama or Smoke on the Water. I quickly realized that counting down beats against even a simple syncopated riff is not easy. Try it. It took me days to figure out how to count to Smoke on the Water over that 2nd riff with all the up beats while counting a down beat. This may be second nature to some but for me it’s definitely not. Once you get the hang of it, it becomes second nature. Back in Black was very tricky for me. To play that simple 16th note pentatonic run and count down beats took me probably a week.

For the development of timing, this would be my ranking

Again just my opinion. A metronome is a critical tool. If you ever plan to record music even just for fun, you need to make best friends with a click. You could record all real instruments by feel alone but adding any kind of digital instrument to a track that’s not lined up with the beat is impossible.

Of course George Benson said in an interview once that he never used a metronome. But that he showed up to a studio and found the mighty Wes Montgomery in a practice room shedding to a click. Wes never played anything out of time. But neither does Benson. We know George spent many many years playing to Charlie Christian and Wes Montgomery recordings. So that was his metronome practice.

As far as building techniqe. Idk. A lot of the great shredders posit the whole start slow and gradually speed up thing. It obviously worked for some people like the Mile High Shred guy that has been featured on here. But it seems like the real science/psychology of practicing shows that development of speed comes from just playing fast. We all know from CtC that the mechanics of playing something slow is radically different than playing fast. So that’s where I’m tempted to totally throw out the whole start slow and gradually speed up with the metronome thing. UNLESS you already understand your mechanics, and the average player, even most of the greats, don’t seem to understand their own mechanics. So by that logic, I definitely think the shredder/metronome trope can be detrimental to the majority of guitar players. 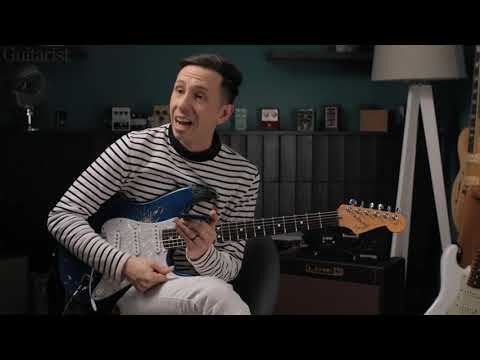 Groove is a synergy. Tempo is a science.

I think counting down beats out loud while playing may be the best possible way of gauging and improving your awareness of time.

Have you ever checked out konnakol?

I discovered this video from Shawn Crowder a while back and it confirmed my suspicions about counting. Sick drummer btw. He plays with Adam Neely in a dope electronic outfit called Sungazer 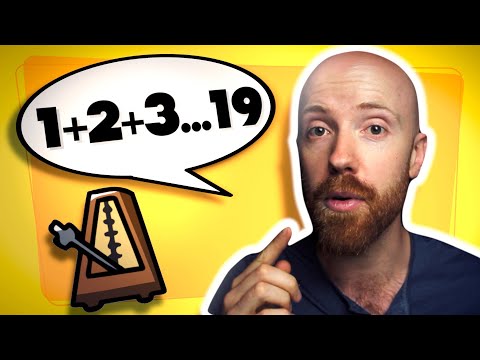 Even within an isolated topic/goal (say, time-keeping, or say, overall speed for some sweeping figures, just examples) whether to use the gnome or not depends on the specific practice activity and what issue is trying to be addressed through that activity.

Thanks again for posting it!!!

Interesting, I don’t think I’ve ever counted out loud while playing. I wonder if I could play the hardest things I do while counting, or where the cutoff would be…

Yea it’s probably the single best thing I’ve done for my timing. I do not have an innately strong rhythmic sense. I think 10 plus years of just noodling and improvising without ever really stopping to fix things ingrained a shaky sense of timing at best. So for the next 10 years I tried to work on it diligently with a metronome but still without really fixing my improvising chops.

That’s a completely different discussion, but my aha moment was watching the Martin Miller discussion on improv in which he shares the opinion that there really isn’t such a thing as true improvisation. That a line has to be motor memorized in order to be played accurately, especially at speed.

So that’s where I come from. And as an improvising musician, counting out loud makes me critically aware of beat one, down beats, etc. So now when I write or learn a line, chord progression or riff that’s tricky, I have to remind myself to count while playing it in order to truly ingrain the timing.

Hope it helps everyone!

Years ago I used to work as a studio engineer and you could tell instantly who hasn’t been practicing with a metronome and who has! I don’t just mean guitarists. In the mix, you could get away with loose playing on guitar, but not on drums and bass, they needed to be really tight with each other. If they go off the grid, that’s fine, some great drummers played a little behind the beat and when done right, it really worked!
Anyway, it’s a tool. I wouldn’t say use it all the time, but I think it’s important to be able to lock in with it.