Article: The Genius and Vision of Guitarist Shawn Lane 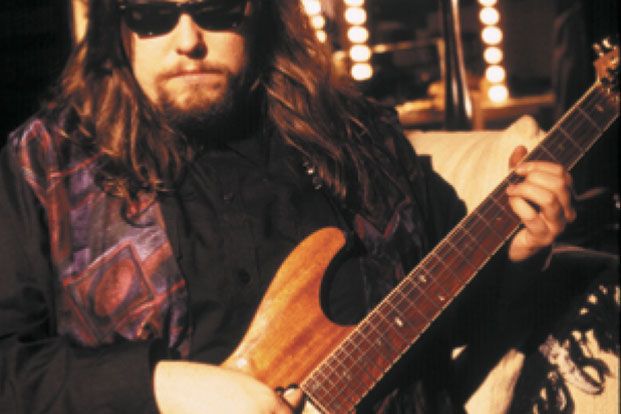 The Genius and Vision of Guitarist Shawn Lane

"There is a lot of fretboard pornography—a focus on how fast Shawn could play. Of course he did and it was fantastic but what made it fantastic is what he played.”

Great article with tons of trivia about Shawn. Definitely worth a read. Cracking the Code-relevant bits are quoted below.

“Shawn would play three notes per string in groups of two or three strings at a time using creative variations of string grouping patterns. He loved playing descending melodies while ascending up the strings, or visa versa in every inconceivable variation.”

“When explaining his ‘sheets-of-sound’ speed style Shawn broke it down to the concept of one thought triggering three notes, leading to one thought triggering six or nine notes, 36 notes, 64 notes, etc. Shawn would have one impulse and play an endless number of notes with bebop-esque syncopations and accents popping through. One-string diminished and augmented arpeggios [three notes per string] sounded amazing when he would move them around the fretboard. He would play a pattern up and down the neck. He broke it all down to large groups that triggered each other. He would think in combinations not notes and fly around with these patterns, using both a short and long delay creating sheets of sound. Shawn would be hammering on and pulling off while using hybrid picking, plucking out accents among the flurry with his middle finger.”

Thank you for sharing @guitarenthusiast!

My favourite Shawn Lane quote from the article is this one:

“If something is difficult, find an easier way to do it. Don’t get hung up; use any means necessary to express yourself”

Yep, that’s advice I wish I had years ago lol…