Best Guitar Picker in the World?

This is Vlatko Stefanovski, what a simple master in guitar picking , listen to his solo starting at 2:00 and can someone explain what type of picking this monster has ?
Thank you,
Troy February 1, 2020, 9:09pm #2

He looks like he’s using forearm-wrist motion, maybe with some fingers, similar to what Yngwie does. We broadly cover this type of motion, which you can do with or without some finger involvement, in the latest batch of Primer updates here: 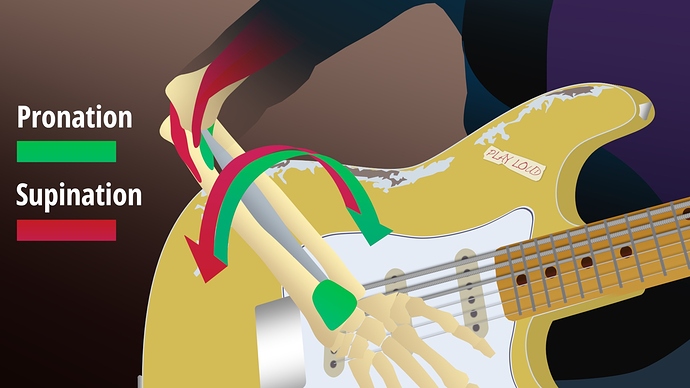 Note that this picking style has “rules”, and you’ll need to arrange lines to terminate on upstrokes and so on. Yes, you can learn to improvise in this style, as he’s probably doing here. Like all improvisation on a guitar, lines are made up of little semi-memorized units that you learn to string together in different sequences. This is even true for pure alternate “play anything” type players like Martin Miller. When you’re going full speed, it’s not all being made up on the fly. So try not to be too turned off by the mechanical requirements of this type of picking style because some amount of micro-memorization is always going to happen for playing to become automatic.