This is a little silly, but can anybody link to a clip of somebody besides Steve Morse playing Tumeni notes well?

Let me preface by saying I basically can’t play the piece at all so I’m not trying to insult anyone, I just can’t recall ever seeing anybody except Steve Morse play it clean and at tempo. There are some clips on YT that might be ok but it’s hard to really hear the guitar on the recording.

I’m pretty sure there’s no purpose to this curiosity, it’s just an ‘itch.’

Funniky enough I looked for the exact same thing last night. I have been trying to learn it so that it can be a long term playing goal and found that a lot of the covers on YT play with the original track so the guitar isn’t so clear. A lot of people can play the intro head, but I find that very few people can get the 2nd lower string arpeggios to sound good - the loose the feel quite easily it is an absolute beast of a piece.

Not sure about a full cover! But pretty good short clip by Martin Miller: 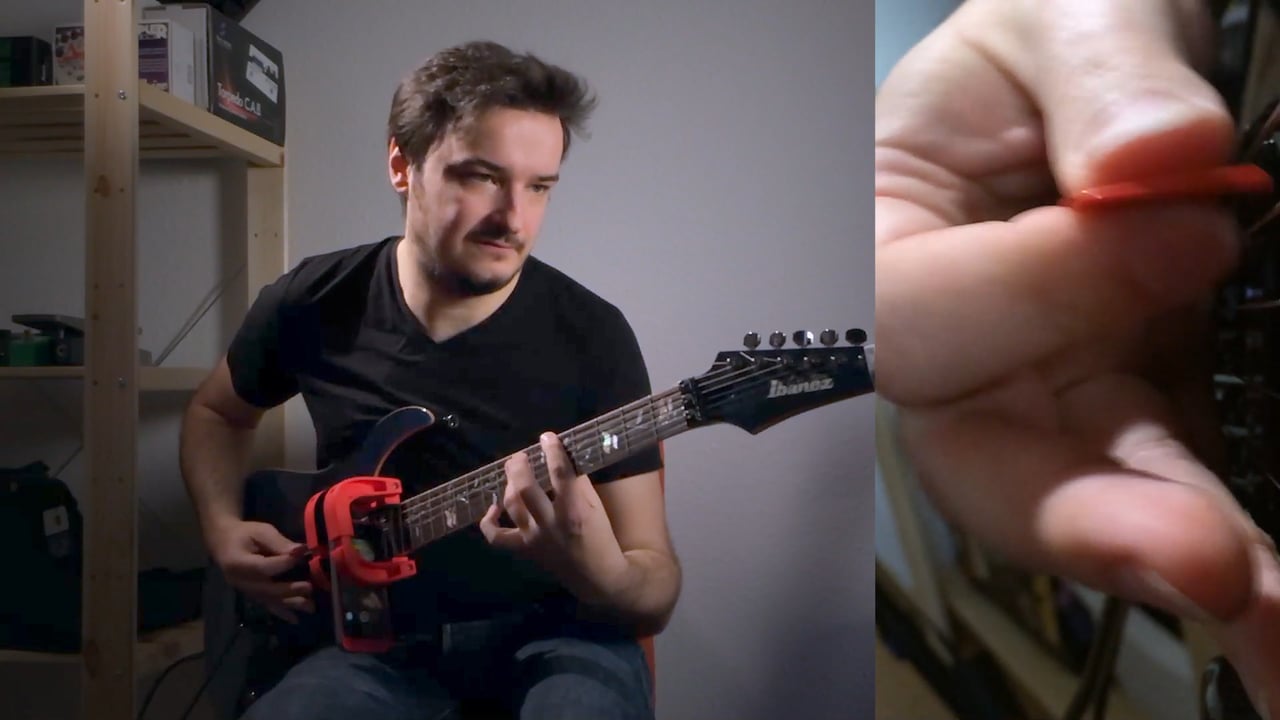 And similarly this has a couple brief clips e.g. around 7:52:

@JakeEstner, maybe we need to work on it and get our own covers of it! - I’ll get back to you in 2025 when I’ve cracked the first 8 bars!

As @Brendan says, Martin plays it perfectly. And I think a lot of people have assumed, well, it’s too fast to do with “normal” picking approaches, you need Martin’s technique with its finger motion component.

With that in mind here’s some recent practice footage with a more Steve-like approach: 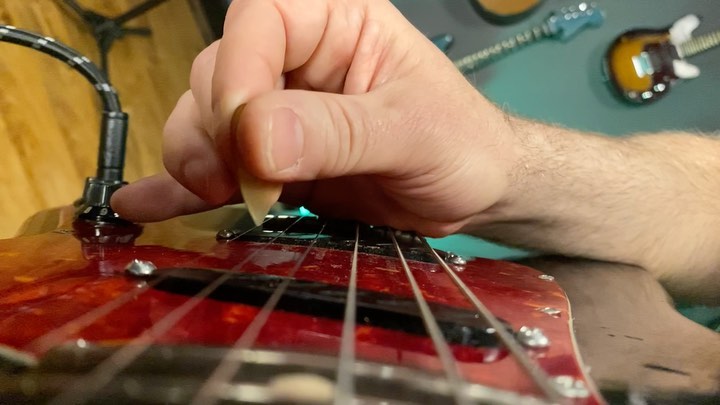 40 Likes, 2 Comments - Cracking the Code (@crackingthecodeguitar) on Instagram: “Why yes, there *are* too many notes! This is not a thing I work on, per se, but because the…”

This is mainly just wrist motion. In slow motion it looks like the two notes on the lower string are double escape motion, but the two notes on the top string are USX aka “downward pickslanting”. But this is why we’ve stepped away from using those terms to describe picking motion. If you go looking for “the slant” here you’ll knock yourself crazy. It’s not about that. It’s just which way the wrist is moving for each of the notes.

After watching this, it’s on my to-do list to try and film this again to see if I can do the whole thing with double escape instead of the motion mish mash I appear to currently be doing. For teaching purposes I should know what that difference feels like. When I can turn that on and off deliberately, I’m pretty sure I’ll be better at this overall.

One thing I can say is that this three-finger, supinated approach is cool. It really feels different and is a nice way to break out of a rut when you can’t figure out how to do something with your usual grip and motion. If you want to mix it up, give it a shot. It’s less weird than you think!

@Troy, at what bpm do you think roughly that this would be impossible to play with string hopping? (Given that its 8th note triplets). I have been tinkering with tumeni notes last night and tonight and had brief moments where it felt quite smooth at around 168bpm. I managed about 4 reps of the 1st 8 bars and then I lost the magic, lol. I then found it strange going back to scalar licks, so I’m wondering whether I’m remotely maintaining good double escapes or just making a very good job at string hopping and hitting the top end of whats capable with that. I’ll try and get some footage of it tomorrow, but would be intersted in what you think… even if it is good double escapes, the next step would be understanding how to ‘engage’ that mechanic and go back…

Well, that’s faster than the record by a decent amount so if you’re doing any version of this that fast then whatever you’re doing is pretty good! Put up a clip and we’ll take a look. Doesn’t have to be super clean, and if you’re doing it right then at first it probably won’t be. Trying to work up a slow but incorrect motion that gets all the notes right is where most people get stuck. So starting out a little sloppy but in the ballpark is a much faster way to get in the ballpark.

The best way to start this is just move sort of near the target tempo and worry about accuracy later. More generally I would simply say that if you can’t move your hand faster than about 120-130 sixteenths, then whether or not that’s technically “stringhopping” or some other kind of less optimal motion the bottom line is you never want to be dealing with a situation shere you feel like there is a cap at some low-ish speed. In my experience I have never been able to “work up” to speed from that.

You don’t have to do this exactly at the recorded speed but I would definetly start faster than that just to make sure that you’re not experiencing any kind of hard cap or tension. Once you get that out of the way you can always slow down a little to try and figure out the motion more accurately.

Don’t put huge amounts of time into this either if possible. Just do anything at all fast and sloppy then film it and see if any part of the motion looks right. Any part at all is a good first step. Because if you see even a couple of notes played with the correct semicircular motion, then you know you can actually do it. That’s how look at it!

Cheers @Troy, I’ll see what happens and get a clip of it under a critique post.

Cool! Happy to take a look

Dang, this guys’s chops are good. It looks really effortless, but still gets a great twang on the strings!

Anton is a monster picker,

for those of you who do not understand russian:

yeaaaah budday! There it is. Damn. Is there a clip of him playing the second section, the bit that comes around 0:20 seconds or so in the original?

It’s not a great recording, but here’s a video of my former teacher Declan Collins playing it live:

Thanks for posting that- great to see a live rendition! You have to have a hell of a lot of trust in your technique to do that.

Wow, this is great! It sounds faster than the original as well if I’m not mistaken.

Tom, do you know if Declan was aware of his mechanics / how he achieved these curved (and efficient) pickstrokes?

EDIT: must have been a blast to take lessons with him!

very cool, thanks for sharing!