Check out this video of Slash playing a solo... curious what you guys think?

Just came across this video of Slash playing a guitar solo…sounds like someone isolated the sound so we could just hear Slash playing without any background music.

After watching his technique and hearing the solo, I’m curious what you guys think of this.

Slash is my all time favorite and the reason I play guitar. He can play but obviously there are guitarists far better than him technically. Slash is a vibe with a killer ear and ability to write awesome stuff. There’s also a little bit of luck involved when these guys find the right group/band to make that magic together. Tons of great musicians out there who just never get linked up with the right ppl or in the past. That never gets talked about but is a big factor to me at least for the players who aren’t super technically skilled like Slash. Still he is my favorite. He also has a unique ability to pick great singers to work with and write with evidenced by his bands and solo album which has many great tunes

You pretty much nailed it…I completely agree with you.
Slash is also my ‘guitar hero’ and the reason I picked up a guitar back in the late 80’s.

I think you are totally right about all the variables that also affects one’s ability to be considered “great” …in the case of Slash, he has a style and technique all his own and there are only a certain few types of musicians and songs out there that can highlight him in his best form.

Slash is an amazing guitar player; so many memorable solos and riffs. Never understood the people who think he’s overrated.

If I’m honest, it’s not super clean. I’m a big Slash fan too, but it seems like our heroes often get a free pass lol! If I posted a clip like this and asked for technique critique, I’m sure it would be suggested that I work on hand sync. There’s a thread on here somewhere, where there’s an attempt to play an EVH phrase and intentionally including his ‘mistakes’. Because, Eddie’s so awesome even his mistakes sound cool

Now, it’s a live show and IMO this sounds plenty good enough (especially if we heard the whole band behind him). It sounds to me like he’s just picking as fast as he can and going for it. It’s rock music, after all

Slash is an amazing guitar player; so many memorable solos and riffs. Never understood the people who think he’s overrated.

People think he’s overrated? Who are these people???!!! lol! I think he’s awesome. He shreds enough for rock radio, he’s got great tone and he’s written some of the best solos and riffs ever. The outro lead in November Rain just might be my favorite rock solo ever. The intro riff in Sweet Child O Mine just might be my favorite rock intro ever. Maybe a toss up with Crazy Train. I dunno. Slash is the man though.

Honestly, I’d have to hear that in context a little better to really weigh in. Some of the note choice sounds a little, well abrbitrary, but for the most part left/right hand fretting coordination is good even if it wavers a little at the start.

But, listening to something like this turned way up, the fact some of those faster lines are pretty “outside” is jarring. Listening to it properly in the mix, it might have a very different feel. I remember a few months/maybe as much as a year ago here we were talkin about that picked run from For the Love of God, and I was very surprised to see, when it was slowed down and tabbed out, that some parts of it were vey much pattern-based rather than scale based, even though at full speed and in the mix it doesn’t sound particularly arbitrary at all. Vernon Reid is another guy who does a lot of the same sort of thing - his fast runs seem to mostly be pentatonic licks with chromatic connecting passing tones, but at speed, in a song, it still sounds great. I’m curious if the same thing is going on here.

But, like, at a minimum, these passages are pretty clearly “speed as a texture” runs, rather than “phrasing” ones.

I agree…there still needs to be a little forgiveness in the separation between technique and creativity.
Slash has written some all time classic guitar solos and licks and riffs.
The guitar solos at the end of ‘Nighttrain’ and ‘Paradise City’ are some of the most amazing solos I’ve ever heard…while at the same time you could criticize his technique for not being very pretty or as refined as we try to be here in the CTC community.

I don’t see it as a bad thing or a good thing…I just think it’s interesting that Slash (among many other great rock guitarists) may have what could be considered poor technique while still being one of the most creative and memorable guitarists of our time.

Yet ive never seen anyone play the paradise city solos or sweet child solo as good as the record. His technical prowess is just not in ways we normally think about. Theres a live video where he plays Crazy Train with myles singing. It was some show to honor Ozzy and ozzy was in the crowd. Slash did not do a very good job on that solo. 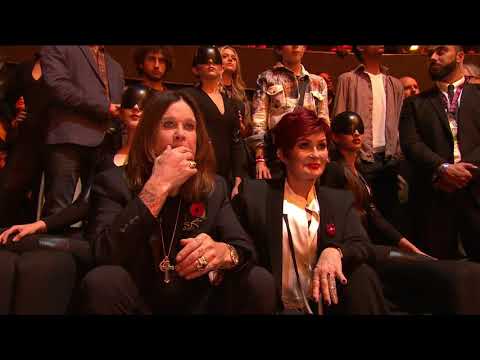 Hes just a whole vibe! ill listen to him mess up crazy train all day because i still love slash!

His technical prowess is just not in ways we normally think about.

Right. We tend to think in terms of technique being speed/cleanliness related. A huge part of classical guitar, for example, is tone production. It takes a very specific joint firmness and touching/releasing the string at just the right contact point on the finger. That’s technique, for sure. There are certainly other areas beyond this. But yeah Slash has good technique.

I don’t see it as a bad thing or a good thing…I just think it’s interesting that Slash (among many other great rock guitarists) may have what could be considered poor technique while still being one of the most creative and memorable guitarists of our time.

Yeah, and I’d take it a step further and say that sometimes technical inefficiencies or a bit of grit and noise in there can sometimes be musically valuable.

I mean, Rusty Cooley is FAR more technically accomplished than Eric Clapton, and I think his playing is hugely impressive and inspirational… but no one spraypainted “Cooley is God” on the side of Parliament after his first album came out. There’s probably more to guitar than optimizing mechanical efficiency (even though that’s a lot of fun to try to do).

Yeah this is a really good point. Online I used to see a lot of bedroom player kids who have managed to fudge their way through the ‘Sweet Child…’ solo after the 1000th take saying that Slash sucks because he is not as fast as say Buckethead or some nonsense like that lol

They always seem to miss out all the other factors that can make players great. Andy James says slash is a major inspiration and a great player - that is such an impressive recognition lol

It’s weird with Slash, I feel like the videos I’ve seen of him online can be quite hit or miss, sometimes nailing it but more often then not he’s a little sloppy.

That being said, when I saw him in London a few years back that was not my experience at all. He absolutely killed it and was flying all over the fretboard, it was insane!

To me it just looks like typical elbow technique, which is really interesting because there seems to be a trend among older players where they start to drift away from wrist motion into elbow when they really go for it. Zakk Wylde, Slash, John Petrucci, all these guys would be examples of this

A few years ago i took a few virtual lessons with Marshall Harrison after seeing him on this site and i wanted to learn more about SWYBRYD picking. I cant remember all the details but Marshall said he played in a band called Black Sheep or something like that. But he also said that Slash was temporarily in the band before him and that his 3nps runs were really good. Wish i could get more details on that

Something I noticed recently, when trying to play the outro solo to Paradise City, is that he’s using a descending 4s pattern at one point during that fast run, not all picked but mostly and it’s still faster than I can play descending 4s !

how bad is the guy without a shirt @ vocals. literally ruins a halfway decent cover…

Slash is what he is. He’s know for his soulful blues rock playing with some cool phrasing and note choices. He’s lit up most of the time, so when he’s on, he can be good, but when he’s off…

meh… i’m no GNR fan, but he can play some cool stuff at times.

i’m with Drew with the picking on the first clip. just texture effects.

Many guitarists online will probably say that Slash is bad/overrated. In my opinion he is actually quite underrated. Aside from Paradise City (which is evidence enough of his shredding abilities), I don’t remember much real crazy shredding in a GNR song, which is all most people have heard I imagine. In his post GNR stuff this is definitely present. He’s definitely improved since the 80s. I think because he’s one of the most famous guitarists as a result of the band he was in and his image, people get salty because he isn’t as “good” as Yngwie, Paul Gilbert, etc. and yet they are not well known by the general public. Slash doesn’t tap, sweep pick, or do much crazy strict alternate picking stuff, but his picking/legato combination technique is better and faster than most people who say he’s bad on the internet.

Growing up I hated Slash. I thought that he was sloppy and overrated. I was firmly on the Yngwie/Vinnie Moore/Paul Gilbert train. I’m still not a big fan, but I will say that he has a very distinct style and recognizable sound, which is more than 99% of guitarists have. His acoustic solos were always right for the songs and he does have a good ear for melody.

As to the video posted by OG, not really impressed, he can pick faster now. That little 2 second bit with his vibrato, it’s still weak and fast, but yeah, that’s the same vibrato from Sweet Child, it’s instantly Slash. 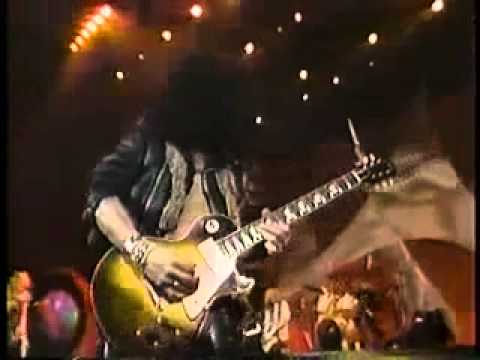 listen to his improv solo for patience here. the whole song performance is great but solo begins around 4:35