I pretty much have a full understanding of all the movements. The only one that confuses me is in Chapter 4 the Compound Curve with Albert Lee. I remember in other videos it mentions he uses Double Pick Escape. Also the idea of string hopping in other videos is discouraged in ones playing. However, this Chapter of Albert Lee interview leads me to question where this technique falls in line. Is it Double Pick Escape? It doesn’t seem like its a DWPS hybrid movement and Im not sure how this fits in with the information in the Pickslanting Primer’s main techniques. (USX vs DSX vs Double Escape vs 2 way pick slanting) Your insight is appreciated!

I see. Thanks for the response. I appreciate it. I found an interesting article that mentioned some further info on this process and how Double Escape is actually used along with USX and how he uses both. I would like to get your view on this! It seems like there was some corrections and revision on the previous interview via this article. 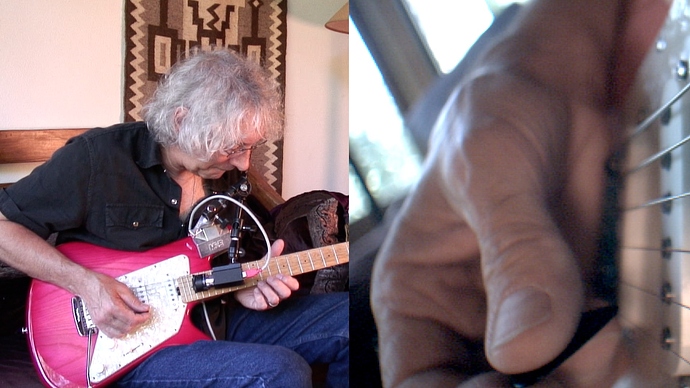 Our Cracking the Code interview with the legendary Albert Lee is a great example of why it’s important to go out and gather raw data with an open mind. You can only really see what you know, and at the time we did this interview, we “knew” what...

It seems he just does both, pure USX with rest strokes and DBX when he needs to. Andy Wood is also an example of a similar thing, but he uses DSX, not USX as his single escape motion and switches to DBX when it’s needed.

Good point. I guess I was somewhat confused because throughout the videos its mentioned that string hopping is not beneficial. I also have written down the main techniques and their mechanics and cant see how the Albert Lee String hopping/crosspicking fits in with these pervasive and main components:

Perhaps you can help me see how it fits in

Albert Lee is not stringhopping. Stringhopping is using flexion and extension on both pickstrokes. You extend and flex on downstroke and then again you extend and flex on the upstroke, which is a bad thing, because you end up stressing muscles responsible for flexion/extension way too much. You can imagine that what Albert Lee does when DBX is more like playing downstroke combined with extension and flexion and then upstroke done with a pure deviation motion.

String hopping, in Troy’s terminology, specifically refers to using the same muscle group to achieve your escape both upwards and downwards. So, flexion and extension for the down and upstrokes.

That is not whas Albert Lee does - he uses wrist deviation to escape on the upstroke, and wrist extension to escape on the downstroke. Because two different muscle groups are being used, you can efficiently alternate them without running into a speed bottleneck like you do when string hopping.

I appreciate the clarification. I have to see again visually what it looks like to do the downstroke escape with wrist extension because Im just use to the pronation, 8-2 wrist flick with UWPS

Thanks for your insight on this. I went back and watched the video and it all clicked! I assume that the use of this DBX is when there is 1 note on each string doing alternate picking

Not sure if I’m following you, but the 8-2 motion is how downstroke escape works for players like Andy Wood and John McLaughlin. There is no “flick”, it’s just a wrist motion. These players use a lightly supinated arm position, so the shallowest picking motion you can make that still goes over the string is a “2:00” motion.

Honestly my best advice here if you want to experiment with wrist-only playing it to not think about the theory too much. Instead, just choose an arm postion and keep it. All escapes can be made from all arm positions, from pronated to supinated.

You just want to try and a make a motion that feels flat in both directions, upstroke and downstroke, and does not involve any arm motion. Only the hand moves. This is true for one note per string, scales, anything you play. That’s the very simple instruction. For a longer lesson that teaches roll playing, you can check out this one, which discusses the supinated and pronated versions of this: 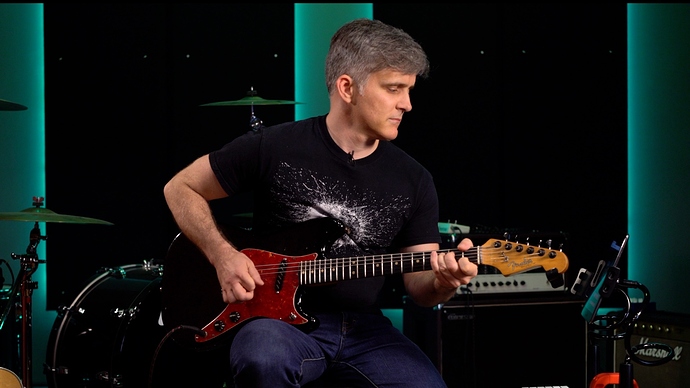 Ok I kind of see where you’re coming from. Basically you’re saying that the combination of mechanics is subjective to each person’s preference. That you can basically do for example a single escape multiple ways etc. I guess when it comes to DBX it’s a preference if you want to use it? Or if you don’t and you want to use a two way pick slant approach you can. I was just thinking that maybe each escape would have a specific use and like a tool box you would implement each escape for different and specific circumstances. Didn’t realize it’s so subjective.

Not sure if I’m following what you mean about “two way pickslanting”, but I don’t think anyone out there is really switching from prontated to supinated just to play a scale. If that’s what you mean, I don’t think that is what is really happening. Sorry if our teaching has not been clear on this! I know it could use more clarity.

Instead, most of the “famous” wrist players all use one basic arm position and make two different wrist motions to get over the string in each direction. This includes Paul Gilbert, John Petrucci, Al Di Meola, and so on. Sometimes you may see a little bit of forearm but it’s not usually enough to go completely from supinated to pronated and back. It’s usually much smaller than that.

This is why we have stopped using the term “two-way pickslanting” term to explain how scale playing works. It’s not about the “slant” of the pick, and it’s not about using forearm or not using forearm. Even when you see small amounts of arm motion, most of these players are still employing two different wrist motions to get over the string. They are sometimes using single escape motions, and sometimes using the double escape motion. And sometimes that double escape motion is done exclusively with the wrist, and sometimes it’s done with the wrist and a little forearm. It’s complicated!

That’s why I wouldn’t worry too much about exactly which motions you see at first. Just choose a single arm position and try to make flat motion that can make both escapes. This is basically what these players are all doing, in the bigger picture.

Okay that makes a lot of sense now to me. I appreciate you stating the big picture in simple terms.

Hey Troy hope all is well. I have a quick question about Double Escape. Do you use double escape on one string or is it only on string changes? I notice witth DBX when its on string changes I dont need a pick slant and it escapes easily whether its a upstroke or downstroke escape. But do you use DBX also on one string because on the Albert Lee video it shows him also implementing it while on 1 string, Is this necessary or can you just save it for string changes?

But do you use DBX also on one string because on the Albert Lee video it shows him also implementing it while on 1 string, Is this necessary or can you just save it for string changes?

I recall @Troy mentioning that Molly Tuttle appears to do a double escape pretty much at all times.

On the other hand Steve Morse, who is another double escape wizard, does plenty rest-strokes in some phrases that allow it (e.g. when there are several notes on the same string).

For your own playing I’d go with the lazy answer “whatever feels best”!

Thanks @tommo. Can you clarify what you mean when you say Steve Morse does rest strokes? What are rest strokes in relation to string changes? 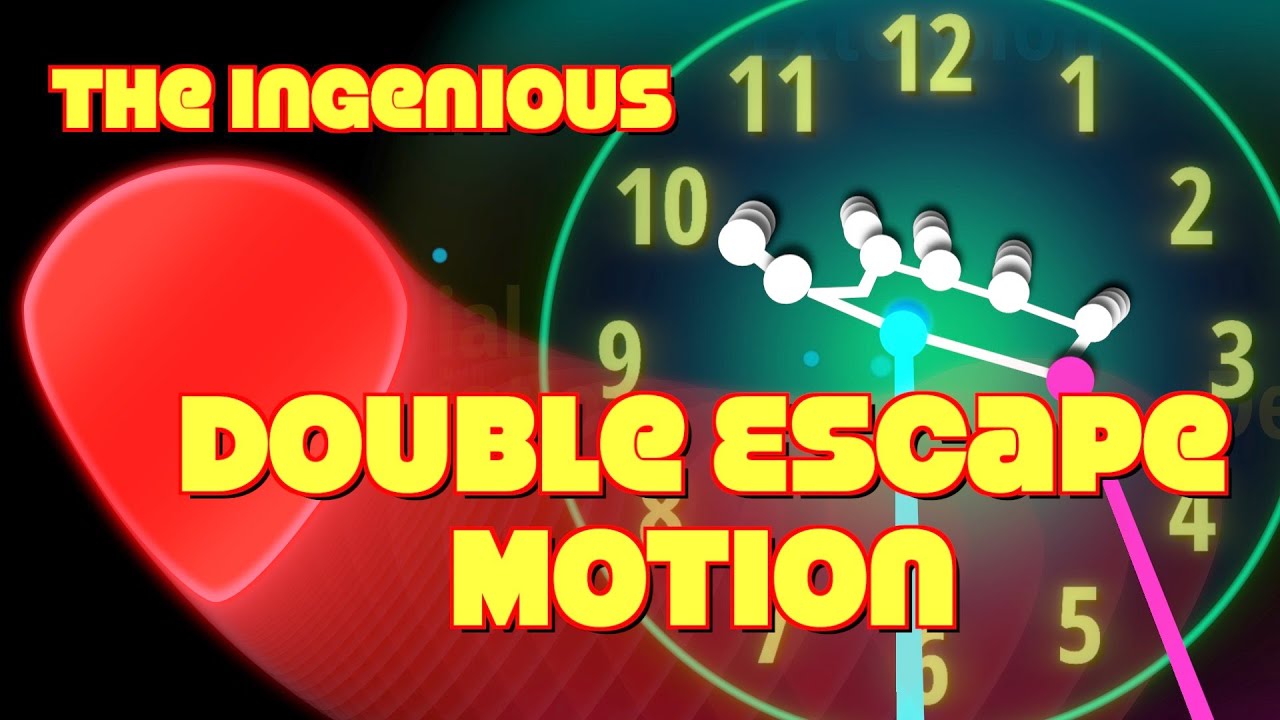 At 6:39 it shows double escape being played on one string, not just on the last stroke that leads to a string change

Can you clarify what you mean when you say Steve Morse does rest strokes? What are rest strokes in relation to string changes?

I mean that if he has several notes on a string he sometimes goes into a “single escape” mode, with a motion wide enough where you’ll see the pick go completely trapped and in fact it’ll come to rest on one of the adjacent strings. Like you see Troy do here with pure-USX motion (you’ll see the pick resting on the high E string at about 0:20s): 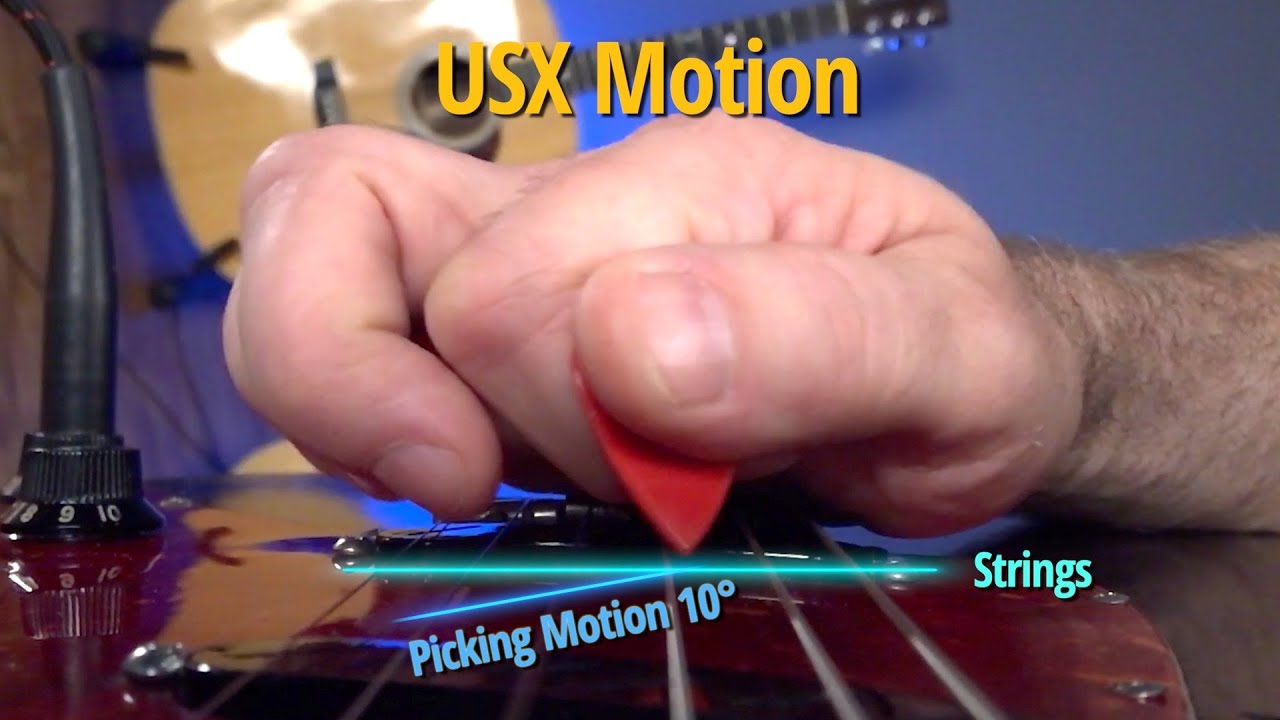 Or in other words: the fact that we see occasional rest strokes means that Steve Morse can’t possibly be doing a double-escape motion for these particular notes. Of course he can do plenty double-escaped pickstrokes when he needs to

Yes it’s common. You’re not “maintaining a pickslant”, you’re doing a motion. Once you’ve learned a motion and you can do it really well without thinking, why would you change it?

Thanks Troy! What video would be good to watch to see how transitions work from string to string with 2 way pick slanting?