Hello everyone, this is just for the curious and a connection to slap bass playing.
I’ve recently been spending most of my time on bass (mostly focusing on jazz) I found some relief in that fingered bass playing avoided some of the difficulties picks produced (and made some others, but were a little more intuitive and easy to solve on my own).

With this being said I was I’ve been trying to expand my technique, and double thumb has come up a lot. It was described to me as a slap technique that simulates the alternate picking of a pick but with the thumb (adding a distinct slap tone); I immediately thought of you folks and realized picking issues would follow me to the bass.

The nature of slap bass (limited by my imagination) is that you can only slap into the face of the guitar, kinda implying only the upward escape mechanic is possible. This is very obvious in this double thumb technique. When you’re using a double thumb technique to play an odd number of notes and switch strings, you run into the same issues of string hoping. In the video below, the teacher calls this string skipping. He suggests that hammer-ons (from nowhere) could be a fix.

I think another potential solution to this is to “pop” the string would add a neutral (neither up or down). For example, up-down-pop-switch. Maybe Tosin and friends already do these things! I feel like he would have figured this out, but I don’t find myself spending time studying his technique or listening to his music. 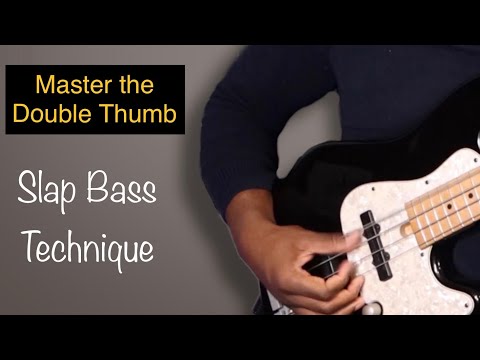 Pretty cool! The core motion reminds me of the gypsy style rest strokes. Slight forearm rotation drives the movement. The hammers he does, even though they hammers ‘from nowhere’ are (I think) exactly what Troy does here: 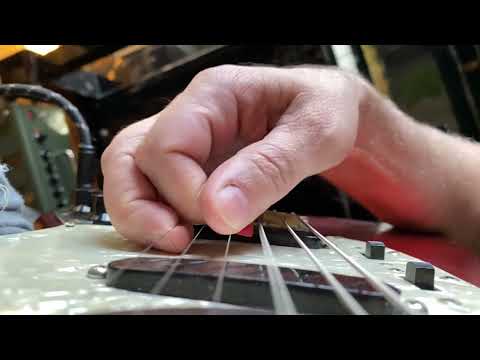 So the hammer from nowhere happens at the same moment the pick hits a muted string. To the hands it feels like continuous alternate picking. If the hand sync is good enough, we don’t hear the muted string, so it doesn’t feel like a mistake or sound like a mistake.

Nice connection! Great explanation of that video! I saw that on Instagram and just couldn’t understand the mechanic, now it’s clear as day. hahah

Cool! I found another thread where we’d talked about the concept. I tabbed a verbose example (not of Troy’s lick), so maybe this will help someone else out.

It’s a really neat concept. Sort of the ‘yin’ to the ‘yang’ we’ve got with the swiping as an engineering solution.

BTW I love your “up-down-pop-switch” idea