Hi all, apologies if this has been covered a lot before. I did search and read many topics before getting confused as I came across a few answers that contradicted each other

Basically, for metal playing, say stuff like bark at the moon intro or palm muted tremolo on the low E string. Would you slant the pick downards and do a sort of mix of wrist side to side and forearm rotation?
Recently I’ve been practicing just palm muted tremolo picking (slowly) on the low E and I had been doing it without slanting the pick, but I think I may be wrong here and when mixing it with powerchords etc if feels like I should be in a dwps position?

Can anybody advise on this? Again sorry if this has been covered…

good questions. For metal rhythm playing you will find all sorts of things. For instance, Jeff Hannemann from Slayer (RIP), Brendon Small who is often mentioned here in the forum and countless others use elbow for metal tremolo picking and because of this downstroke escape.

I use forearm/wrist combination and upstroke escape (I think) like countless others, too. But the main thing is that it feels smooth… like slicing through melting butter whilst sounding aggressive. It must not hurt or be too exhausting. Just smooth. (For elbow picking in general, check out the tips from Bill Hall here in the forum). If it feels smooth everything is good.

My best advice is: Just do it. Try to play along your favortie records if you want to, even if it’s sloppy at first, you will adjust that over time. Go for speed and smoothness. Be that 17 year old metal kid from the late 80s that wants to annoy his parents and authorities. Don’t worry about slanting. If you go with forearm/wrist you will probably slant the pick slightly downward, vice versa for elbow and so on… but… be the kid!

Great answer, and great advice — technically aware but practically focused. Putting me out of a job!

That’s great thank you for your response.

So I’m trying to undo much of what he taught me. For me it feels most natural to be downslanted and pick with a combination of wrist side to side and forearm rotation. I’m not sure I’ve ever picked from my elbow unless I’m trying something too fast for me and my wrist tenses up and the elbow kicks in to compensate. For now anyway, I just set aside a few minutes a day to try get used to picking the way I used to do it.

One way or another, it is upstroke escape for most metal rhythm. So down slant.

When you need to do even a simple “four palm mute on low string - open power chord on the two lower string”, you need to downstroke on the power chord. And “escape” just after to return back.

I play metal for 25 years. I NEVER seen a SINGLE rhythmic player using “up slant” as a regular position.

Down slant, upstroke escape before down picking on power chords.
And learning to “escape” by a slight wrist deviation/rotation after single downstrokes, to avoid being “trapped”.
This is the main way. Everything else is just the icing on the cake.
Wrist or elbow is secondary, and personal.

About your instructor, most don’t even know HOW they do things

If you check Troy videos, you will see even the best players don’t really know HOW they pick.

Here is the best example i could find from one of the best player : Dino Cazares
Take a close look at his right hand when he switch from “alternate” to “chord” position.
As you can see, “alternate” is almost flat. But it is slanted anyway.
See his thumb : it is rotating to change the slant between “alternate” and “down stroke only”.

The final detail : see how he escape JUST after downstrokes only. There is a slight wrist deviation.
And back to the business

I love Dino Cazares : he is REALLY a metal rhythmic machine. And this video is a perfect metal right hand model. A closer look would be better

All the “magic” from his playing is “thumb mobility” to change from “alternate” to “downstroke” and back. And his wrist escape after downstrokes.

Thanks for the detailed response!
I find it hard to see from the videos for sure, but it seems like he remains downslanted when performing the alternate picking on a single string. Something seems to be changing with his thumb but seems like he is keeping the downward slant?

Yes he always keep a down slant.

The accentuated slant (thumb bump) is needed to “brush” more than one string, for powerchords . And escape after downstroke, with a wrist movement.
Because the hand movement is less restricted.

The subtle slant (thumb push) is needed to alternate tighter. And upstroke escape, to prepare for powerchords slant.

There are exceptions with “gallops” and other odd numbers, witch need a wrist escape.

But you get the main picture for most metal rhythmic.

Thanks. I find sometimes I can get a bit stuck with the upstrokes when downslanting. I guess it will just take a bit of practice for the hand to learn to pick in this way?

Yes, it takes some time to get the “escape” wrist motion.
Being for odd number single string alternate picking (3,5) AND downstroke only.
Think about “string hoping” BUT staying on the same string

The easy way to practice this are old school thrash metal, like Sepultura.
Tempo is right in the middle for that purpose.

This but sometimes I use upward pickslant and it’s what made Yngwie and EJ licks so difficult for me for so long as my fast playing was locked in UWPS mode. Especially for E srtring riffs that have notes on the d string. This part of Megadeth’s Wake up Dead is a good example. 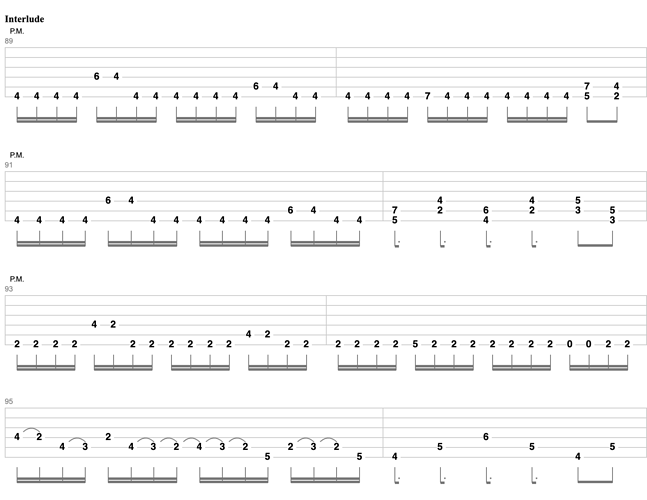 I know this problem for sure : sometimes, i can’t get the right slant on those strings too

Try something : hold your guitar differently
Try Dino Cazares position when sitting down

It will twist your wrist downward on top strings, but still being a comfortable position
If there is too much tension, stop it
Guitar body position is part of the mechanics

There is no single recipe, sadly for all of us

As a side note : i made the error of speaking about PICK SLANT.
You CAN be “upward pickslanter” AND still upward escape.
Upward escape is mandatory. Not really SLANT.

Sorry about this error.
This guy is CLEARLY upward pickslanter

Almost parallel. And even myself. 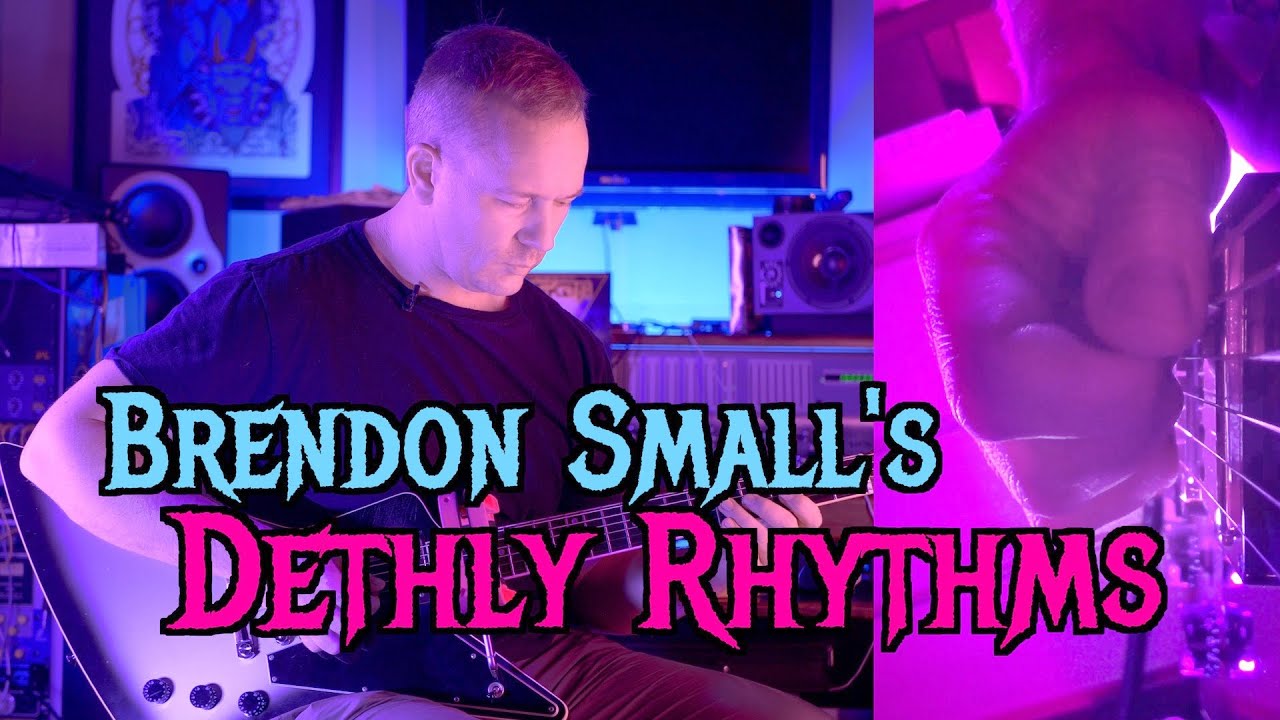 Yes I see that on the tremolo picked lines he seems to be more upward slanted but for his downstrokes it’s a bit more downslanted, I think… lol

Dino Cazares (video above) do the same switch between UPWS alternate on one string / DWPS downstroke on 2+ strings.
Because to hit more than 1 string at a time, you need at least a slight DWPS.

UWPS is for fast alternate tight movements. Nothing else.

Like @ASTN noted, each style tend to “push” slanting in one direction.

But a DWPS picker can alternate AND downpick without changing hand position.
Whereas an UWPS (like me and you @jptk) NEED to change slanting for downstroke only / 2+ strings.

To all ppl reading this post, take ANOTHER close look on the videos in this thread.
And see pickslanting change

UWPS is for fast alternate tight movements. Nothing else.

But a DWPS picker can alternate AND downpick without changing hand position.

Ehmm… Actually… I developed my UWPS by doing fast downstrokes.

On a single string ?

I usually use up to first (…or last?..thickest) 3 strings for riffs. Don’t like downstroking on thinner strings. not brutal enough ))

Oh, and one more bonus of UWPS - descending sweeps that I prefer to alternate picking.
UWPS is a reflection of DWPS. It has same features and issues, just mirrored )

Additionaly, as I said earlier - it’s kinda genre dependent.
In dethmetal I had to play rhythm where you have fast one-two over 4th or 5th powerchord. ie downstroke-upstroke. And once I even had 4 strokes over it (basically freaking tremolo burst on 2 strings!). With this stuff pronounced slanting doesn’t work - whether it’s DWPS or UWPS. But once you make it less obvious and use more edge picking - they both work perfectly. Because they are the same.
Another example is texas blues which I can’t imagine without its ‘ti-dam ti-dam ti-dam’ ) (up-down up-down up-down on 5 or 6 strings). Which, obviously, doesn’t work if you have one slanting only (regardless of direction).

Summarizing, I use UWPS for downstrokes, I use them for 2 strings, and I use pretty large motions especially during deth ‘downstrokes only’ riffs. And since I use some elbow with UWPS, it’s the most non-tiring technique I have in my arsenal.

So, there’s no ‘best’ slanting. They both work in some situations and they don’t in other.

I find sometimes when I’m in a downward pickslant for metal rhythm, the pick catches a little bit on the up stroke. Instead of changing my grip or trying to be in a more neutral position , I actually just tried Dunlop tortex standard picks and don’t seem to have that problem with them, or if I do, it’s not causing enough of an issue that I feel I need to wrap my thumb, if I did, I would end up using too much edge picking. Prior to this I was using a Clayton pick and that really caught on the upstrokes, until the pick wore down a little. Not that this has anything to do with your replies just something I noticed recently!