Early Yngwie - can anybody play it?

I may not be following totally, but I think you may be overthinking this.

Wow! I don’t know how you can diagnose this stuff without even hearing it - years of practice I guess Troy. I was playing around again with it tonight and realised there was a slight error with the string change - I wouldn’t call it a “hop” but I wasn’t pushing through enough - so a very slight hop you could say. But it was enough to make the lick sound not-Yngwie enough - even though I was playing it relatively cleanly. So I tried pushing through and getting to the high E string that fraction faster - and this let the accents etc. all fall into place - the lick started to come together. I was overthinking it and it turned out to be a slight mechanic correction after all. Thanks again!

even once you’re timing the sweep sweetly

Thanks for the reply vonbladet - and indeed it seems I wasn’t yet sweeping sweetly enough for it all to fall into place. I worked really hard on the post-sweep chunk - but couldn’t get it sounding right. Then I got the sweep better by pushing through more and it kind of all fell into place.

Yes I agree this is (as one of my old bosses in tech use to say) “non-trivial”! lol But as Troy, yourself and others have encouraged here - “non trivial” does not mean impossible.

Remembered this the other day and felt it had a place in this thread. Someone can do it, even if that someone is Jeff Loomis. 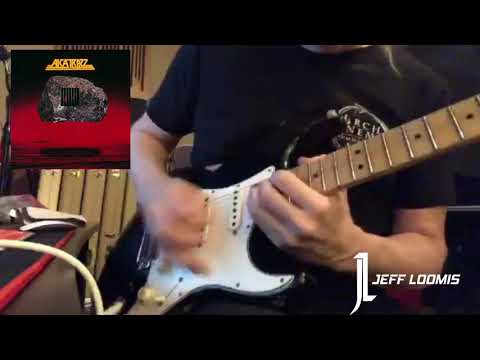 A lot of the every note is picked myth is due to the fact he’s one of the few higain players playing what is essentially single coils, higher action and a bright tone. Clarity and articulation is a big characteristic of his signature rig.

Thanks Dissonant_Timbres - yes this video absolutely belongs in this thread.! Jeff Loomis clearly nails it! The great thing about this video is that he does the cover of the solo without backing track.! Most people when attempting an Alcatrazz cover do it playing along with Yngwie - which is understandable given how hard it is.

Can anyone spot if he is using economy picking to get the turnarounds?
( At first I thought he was alt picking - but on slowing down and closer inspection I think it is economy.)
Here is one queued up:

A lot of the every note is picked myth is due to the fact he’s one of the few higain players playing what is essentially single coils, higher action and a bright tone. Clarity and articulation is a big characteristic of his signature rig.

Yep - for the longest time I thought he was alt picking every note!

Also @Troy and @tommo - I have a rather average video of me playing Troy’s lick on the night I got it to start sounding right - would it be appropriate to put it here? I just thought people might be interested in seeing something that has come together - rough though it is.

Thanks all for the great input to this thread!

Jeff is totally awesome obviously! And a very nice dude who we should reach out to.

But this is pure alternate and doesn’t really look or sound like Yngwie’s one-way economy approach. Again fabulous playing but not the same thing.

Can anyone spot if he is using economy picking to get the turnarounds?
( At first I thought he was alt picking - but on slowing down and closer inspection I think it is economy.)
Here is one queued up:

Re: the scalar bits and how the picking works, Jeff’s picking motion looks like Andy Wood’s and McLaughlin’ss. That means it’s DSX, not USX. So Jeff starts all these little six-note patterns on an upstroke. In slow motion this is clear. This is the opposite of what Yngwie does. Jeff definitely does throw in pull-offs here and there, but because he’s not using the full-time USX thing you’re not getting the little DDU combinations you would get with a USX approach inside the scalar lines.

Obviously, some of the arpeggio stuff is swept here for sure. But you’re seeing more of that “two way pickslanting” Gambale-style approach as opposed to the one-way economy approach of Yngwie or Eric Johnson.

Also @Troy and @tommo - I have a rather average video of me playing Troy’s lick on the night I got it to start sounding right - would it be appropriate to put it here?

Always happy to take a look, but I think that would fit better in a Technique Critique thread. For sure go ahead and make one, and link

More generally, have you watched the Cracking the Code episodes linked above as far as how the picking motion works, when to use pull-offs vs sweeping, and so on? Because the way one-way economy works is thankfully pretty straightforward. It’s based on USX motion, all these even-numbered patterns start on downstrokes, and so on. Just getting a handle on the “rules”, so to speak, can clear up a lot of confusion and save a lot of Q&A.

Thanks Troy - I have looked at the techniques and found them extremely helpful. To bring it all together I have attempted your turnaround lick in this thread here:

Hi everyone this is a lick Troy does in his Yngwie series that I have used to improve my Alcatrazz turnaround licks. Here is the original thread of discussion - with the Yngwie examples of what I am learning to play: Here is Troy’s lick: Here is my rough version - not nearly as well executed as Troy’s - but this when the lick started to come together and I got the basics of the economy Yngwie style to sound right. I have only been economy picking for a few weeks - but have been an alter…

It is rough - and not as good as yours! But I wanted to share with everyone who has been assisting - even just to show I am genuine and enjoying learning and putting this stuff together!

For anyone else interested in the the very early Yngwie playing - here is him playing one of these amazing turnaround licks at 18 years old!! Unbelievable

This performance is amazing. He plays the arpeggio break from ‘Rising Force’ here - interesting how he worked it out about 7-8 years before recording it on Odyssey!

Should be illegal to be that good.

Crazy he’d developed his signature technique and vocabulary already at this age. Even though we now know that’s it’s not strictly required, his efficiency of motion on those 2 string sweeps in that ‘Rising Force’ part is a beautiful thing to see. Even on footage of this quality. Thanks for sharing!

I still cannot work out how Yngwie developed his style. If you listen to the early Steeler solos you can hear simply amazing technique.

I’m working on learning how to play some of these early Yngwie licks and will be posting some more stuff soon on the forum.

One thing with playing early Yngwie I have learnt is it’s not enough to know what notes he is playing. You have to know how he is playing them if you want to sound like him. This is where the analysis Troy has done is important. Yngwie uses economy techniques and this results in that smoothness in his runs you hear in the Alcatrazz/ Steeler.

In his biography he says he socially distanced him self and practiced every waking hour. This attitude of his is true to this days. Steve vai says it and I have it on good authority from his Alcatraz fays, he’s never without his guitar, practicing.

One of the things ive heard is he also practices on acoustic just as much. This is not known by many. If you hear him noodling on his electric in interviews you can hear it, he’s articulate and picks harder that one might imagine.

Also his setup is critical, his custom guage 8/9-46 with high action and his amp/OD into t75s. He s also no stranger to hybrid picking.

This has just come up on Youtube - it is early Yngwie!. Check it out! 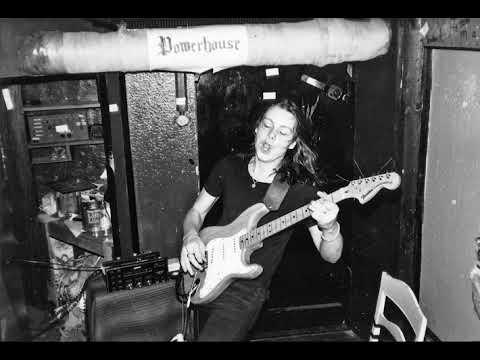 What I get from this is:
(a) Yngwie at this stage of his carer was quite focused on his picking and was unbelievably fast. When you hear him blazing through his Alcatrazz solos, they are probably not even the peak of his picking speed.
(b) The level of precision is again extraordinary
(c ) His splaying changed post Alcatrazz and became focused on other stylistic elements - more legato, more arpeggios, more classical type runs

The OP of the video suggests this is circa 1985 - but I think this is earlier - clearly in front of an audience large enough to be heard. I’m thinking Steeler or something else?

Also I hear a clear difference between the 85 link in the video comments to this - I felt his playing had already begun to change post Alcatrazz. 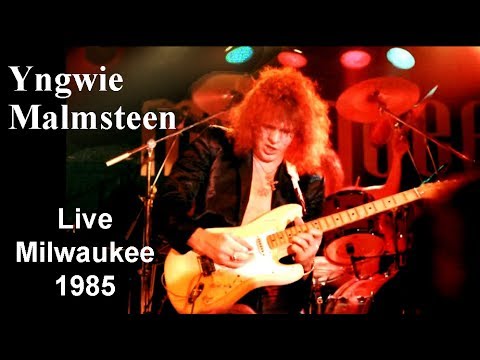 In the heavily memed “more is more” interview Yngwie touched on how much a “freak” he was in his youth constantly practicing and alludes to having gotten bored with the blues as the prime reason for focusing more on classical tonality as major/minor tonalities have more notes in the scales. There is another banger interview that I can’t find at the moment from the Metal Evolution: Power Metal ep where he talks about learning Deep Purple’s Made In Japan by ear, replacing Blackmore’s playing with his own, and fooling his school friends. 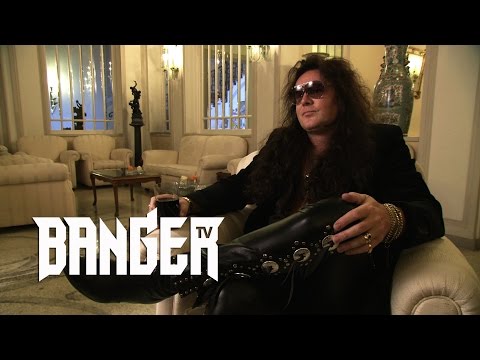 Of course more is more. How could it be anything but!

Also interesting is how he never distinguished between practicing and playing, after a certain point- they were really the same to him. As I always say, Live in Leningrad 1989 is some illegal stuff.

This has just come up on Youtube - it is early Yngwie!. Check it out!

Ha, this is awesome. Honestly the thing that impresses me the most is how even his trem picking is, at these speeds, along a single string. Back to the woodshed!

I don’t really have any thoughts on this…or anything at the moment…because my head just exploded!

Seriously though. What a beast! He gets extra points for playing that Bach Bourrée in E minor around 50:49 lol!

I don’t really have any thoughts on this…or anything at the moment…because my head just exploded!

I too was speechless. Still reeling from the solo clip.

Would he be using economy picking all through this first clip do people think?