this is a lick Troy does in his Yngwie series that I have used to improve my Alcatrazz turnaround licks.

Here is the original thread of discussion - with the Yngwie examples of what I am learning to play:

Hi everyone Listening to early Yngwie (Alcatrazz and Steeler), I have noticed that virtually no-one can play these licks accurately - particularly these type of runs. I have listened to so many covers and people seem to get stuck on these licks and can’t seem to execute them. Can anyone play them or have you seen any videos of people being able to play them? thanks! 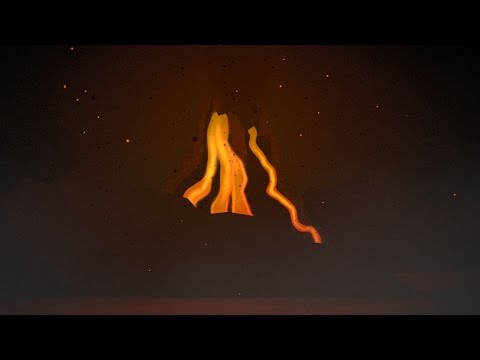 Here is my rough version - not nearly as well executed as Troy’s - but this when the lick started to come together and I got the basics of the economy Yngwie style to sound right. I have only been economy picking for a few weeks - but have been an alternate picker for years. 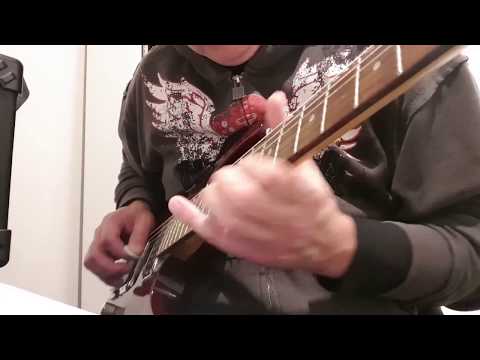 I really just wanted to show this to demonstrate the results of putting some of these techniques together and to say thanks to Troy, tommo and those who have contributed have been assisting in the main thread.

Great playing! Thanks for filming this.

Short story, you’re using the Jeff Loomis technique not Yngwie’s. You’re using a DSX motion, where downstrokes go up in the air or “escape”. Nothing wrong with this, it’s a great technique. But it’s like speaking a different language. And to accomodate this, you have to change the sequence of pickstrokes in the phrase. You’re actually doing that, whether or not you are aware of this.

In a DSX motion, all string changes must occur during downstrokes. That’s how you’re able to pick all the notes on the top string, DUDUD, and then transition smoothly to the lower string. The last downstroke goes up in the air, then you come back on the B string on an upstroke. In the Yngwie version, the sequence is different. You would need to go DUDU-pulloff on the top string. This makes the final pickstroke an upstroke, which escapes and goes up in the air. That’s how you come back to the B string on downstroke.

There is nothing “wrong” with your way of doing this. And the picking motions look very good here. A small amount of hand sync is missing but that’s it. Are you aware you’re picking all the notes on the top string or are you trying to do the pulloff version as in the lesson? Because if you’re not aware, then I would become aware so you can lock up the hands. Don’t worry about doing the USX / Yngwie version. Just do the one you’re doing, but slow it down very slightly and clean up the hand sync.

Yes when I practice slowly the pulloff is present on the final two notes on the high E allowing for the downstroke on the B. However - when I play it fast, the last not on high E gets picked. It is a legacy of years and years of alt picking (and trying to master Paul Gilbert licks haha).

Your analysis of Yngwie playing the lick with a pulloff is clearly correct - and your playing of the lick has that authentic Yngwie Alcatrazz feel.

So my goal is to continue to practice this lick to clean it up. The 2 areas of focus are:
(a) cleaning up the hand sync
(b) getting the pulloff occurring on the high E when executing the lick at speed

The main breakthrough for me to getting it sounding right, was starting the notes on the E with a downstroke and then pushing through to that note without any hop.

It really is a great lick for improving and developing the early Yngwie sound.

My interest is the early Yngwie Alcatrazz stuff. I have always felt his style changed post Alcatrazz and I was less into that.

I thoroughly recommend anyone who is interested in doing this early Yngwie stuff to to try to emulate what you do here with your turnaround lick. There simply isn’t this kind of accurate analysis available anywhere else.

What is the tab of this lick called? I’d like to learn it too.

Why is it called a ‘turnaround’?

(I mean, I know about the turnaround in a 12 bar blues but don’t see that this has a lot to do with that)

Why is it called a ‘turnaround’?

(I mean, I know about the turnaround in a 12 bar blues but don’t see that this has a lot to do with that)

Not a stupid question at all. Below is a sample of one. It ascends to the 16th fret on the high E and then “turns around” and begins descending back down again.

Yngwie does a LOT of these in the Alcatrazz/ Steeler era where after turning around, he continues with a set of descending fours on the way back down. Like this:

Yngwie plays these incredibly smoothly, and I was struggling to play them like Yngwie. Troy figured it out and discusses the mechanics of it in the video above.

Thanks for the reply!

So my goal is to continue to practice this lick to clean it up. The 2 areas of focus are:
[ … ]
(b) getting the pulloff occurring on the high E when executing the lick at speed

You can’t “get the pulloff occurring on the high E string” by using the picking motion you are currently using. You are using a DSX motion. It is what you are good at. Yngwie uses a USX motion. The only way to play the line like Yngwie is to learn a completely different style of picking motion, and a different set of economy rules that goes along with it.

Your current technique is not easy, and you have a good thing going. So I highly recommend understanding its power and cleaning that up. Mainly because until you master one of these playing styles, you’ll never really know what it feels like to play perfectly locked up and clean in any style. And once you do, it becomes much, much easier to learn new ones. Imagine never being fluent in a language, and getting close but stopping and then trying to learn a new one. That’s sort of what we’re desribing here.

We have an upcoming series of lessons on Frank Gambale and economy picking in general which we’ll be releasing to YT over the next couple weeks. I recommend watching it so you know what I mean when I say “downstroke escape” and “upstroke escape”. That’s a good free resource for understanding the different motion types.

thank you my friend, much appreciated.

@Interestedoz are you using legato for the first few notes in this lick?

Your current technique is not easy, and you have a good thing going. So I highly recommend understanding its power and cleaning that up.

Thanks Troy - and good advice. To be honest even going from pure alt picking to doing some of the economy techniques is quite a change. I will check out the upcoming videos you mention to continue my learning.

There is still quite a lot of improvement to be achieved with my current technique so as you mention lots to be gained from perfecting that first.

@Interestedoz are you using legato for the first few notes in this lick?

Not intentionally! The first notes are supposed to be all picked - and I think I get most of them. There was another run of this lick I filmed where about halfway through I clearly miss one of the ascending lines. LOL I pick the first note on the B string and then hammer the next 2! I thought " I can’t put that up on CtC forum!" haha . But actually it sounded quite good even though I clearly missed the picked notes!

Anyway, this is a fun lick to practice because it has many challenges. One is that as you move the lick down the neck, it makes you "reload"your picking ready to launch into the next 3 notes straight after you move to the next position. I am polishing that part of the lick at the moment. Focusing on hand sync.

Thanks for the reply!