Okay so I’ve been running into this problem for quite some time now. First, for some context, I have been practicing economy picking for about 2 years now and can play 3 nps scales straight up and down with little problem. The issue I am about to describe occurs when I try playing a passage which involves, say, 3 notes on low e followed by one note on the a string followed by 3 notes on the d string and then one note on the g string.

When I learnt to sweep pick I got used to the rest stroke which involved following through a pick stroke and resting it on the next string till that string needed to be played again. When I try and play passages similar to the one I described above, what is happening is that after my first downstroke on the D string I automatically follow it through to rest the pick on the G string as I would during normal sweep picking but I need to keep the pick close to the D string for the subsequent up stroke.

How do you guys handle this kind of thing?

You’re already comfortable using sweep picking for 3NPS scales so now just do the same thing: for this pattern you would do DUD D DUD D (note you could also using your middle finger to pluck the note on the g string if you were then going to descend).

It might help to watch the Gambale interview to see the “traditional” rules for sweeping: odd number of notes continue the sweep while
even number of notes turn the pick around.

Then I’d watch the Jimmy Bruno interview to see economy picking in an “imperfect” world: when ascending switch to a string with a downstroke (sweep D D or alternate pick U D) and when descending change strings with an upstroke (Sweep U U or alternate pick D U)

You could also watch the Marshall Harrison interview to see some of the really cool “Swybrid” stuff he does (using Hybrid Picking with sweeping). He has some videos up on YouTube on economy picking, and swybrid picking that you should check out!

@DJ_Ddawg Thanks for the reply. I’m new around here so those references you mentioned should give me a head-start.

I would mention that the pattern you posted is exactly what I’m doing DUD D DUD D. The issue is with the three DDD in a row. On the third D I am supposed to be close to the string for the following U but my sweep picking training causes my pick to follow through all the way to the G string. Guess I’ll have to practice not following through. Thanks again.

Why is it an issue? Do you think it limits your speed?

I need to keep the pick close to the D string for the subsequent up stroke.

Do you really need to keep close to the D-string?

The usual rest stroke technique involves resting on the next string (say G) like you describe, but then doing an upstroke on the same string (D). This is the cornerstone of sweeping so I don’t think you need to not do it!

Again, I don’t understand. Supposed to be close? Why?

@Johannes Thanks for your reply.

So you’re saying you’re using the “correct” sequence of motions, but for some reason when you get to the initial note on the third string of your pattern, the one with the three consecutive diatonic notes, your pick just keeps going like you’re playing an arpeggio and hits the next string? What actually happens as a result of this, can you not play the three scale notes at all? Or does it just create a pause between the first and second note of those three notes?

This is a case where some video could be useful. Reason being, we haven’t spoken much about the “how” of actually doing sweeping, in terms of what physical motions are being used. But it could be that whatever you’re doing is activating different motions than what you would normally use for just playing those alternate notes on the string itself.

In the forearm section of the Primer, we tried to look at this a little bit in the most recent sequence of chapters we uploaded. In my case, for that motion in particular, when I’m doing economy type stuff, since it’s a hybrid motion that fuses forearm and wrist together the sweeping part of the conomy phrase looks to be sort of an extension of the wrist part of the motion, i.e. the tail end. Whereas the note on the lower string looks more like forearm.

So it’s tricky, and I think it’s a really interesting question of exactly how to “do” sweeping that we’ll have to boil down eventually, and seeing what different people are doing, like yourself, could be helpful.

I’d also mention the Oz Noy pair of interviews for tons of great economy examples. Lots of great arpeggio and other cool fusiony sequences there.

More practically speaking, what can you do here? Well, assuming there’s nothing actually “wrong” with your mechanics, and you’re just making the wrong sequence of motions because you’ve previously memorized the arpeggio-style sweeping thing, I like to go with what’s working right now. In other words, I try not to hammer away on the phrase that’s failing, but instead try to find similar ones that are working and play those instead. If those phrases are just similar enough, it may be that when I come back to the problematic one later on, that I no longer have the problem.

So in your case, you’re looking for any phrases that combinations of 3 and 1, but it doesn’t have to be identical to this one, and it doesn’t even have to be strictly ascending. Again, I’ll mention Oz because there are so many cool things he played where I was like, I’m totally going to try that! But then we got busy and I never got back to it. Here’s a great one, for example:

Sounds like pretty standard Gambale type sweep patterns. He does this pattern in all the 7th chord arps in “Monster Licks”. It’s all rest strokes throughout. The alternate picked upstroke escape just bounces off the string from the downstroke rest - you don’t need to “keep the pick close to the string” for the upstroke. Just follow through the downstroke like usual.

The “DDD” is a sweep, there’s really only 1 downstroke that’s catching 3 strings.

Everything gets inverted for the descending direction: upstroke rests - downstroke escapes that bounce off the upstroke. 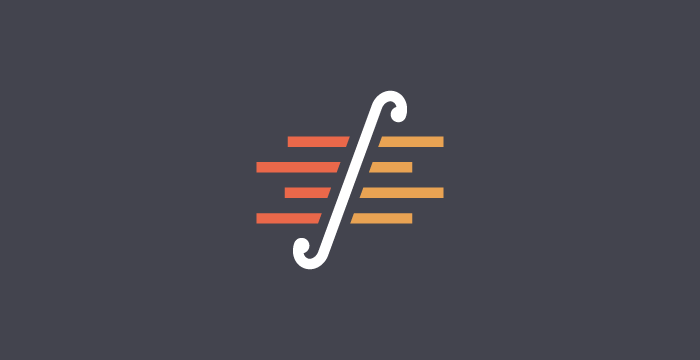 Wow somebody tabbed out the whole thing, that’s pretty cool.

The tab at m.68 “traditional shapes” for pentatonic scales is wrong though. I’ve only ever seen Frank do up-down for pentatonics, i.e. DSX / UWPS, and this is no exception. The accompanying video makes this clear.

I would imagine the more strictly swept passages are more likely to be tabbed correctly but I’d just double check for anyone working through this as a reference.

I did this lol.

You’re right about the “Trad shape” penta. I don’t think I was watching how he did it at the time - good catch! Fixed now.

Pretty sure all the sweeping is correct - I watched everything in slow motion like 10x. Hope so anyway!

Oh, that’s your tab. Sorry, not a knock! That’s pretty cool and a lot of work.

Frank is a “primary DSX” type player, so when in doubt, he locks into that motion, upstroke sweeps and so on. This is clear from all the closeup footage we’ve filmed. Even though he sweeps in both directions, and we think of him as a two-way economy player, he really only does EJ and Benson-style economy that mixes alternate and sweep when he’s in UWPS mode.

There really isn’t an equivalent in the UWPS world to the kind of “full-time DWPS” styles we see from players like the Gypsies, EJ, and Benson. Frank is the closest I can think of in terms of really focusing on the upstroke sweeping + alternate side of things.

All good, I appreciate constructive feedback.

Agreed that Frank defaults to DSX, but he’s probably the most versatile “ambipixtrous” economy player ever. I don’t think anybody has really mastered the 2-way sweeping thing like he has. Maybe Marshall Harrison and Tosin Abasi come close, but they got it from him!

@Troy Wow. Some great insights there. You’ve hit the nail on the head there. To provide some context I am posting the exact lick that I composed and highlighting the problem area.

Rick Graham plays such licks very often (This lick was inspired by Rick. You should really get him on board one day). Now that I think about it the following three DDD sequence doesn’t trouble me as much. Maybe because only one upstroke follows and the subsequent downstroke involves a string change. So it seems like a sweep involving more than 2 strings followed by 3 or more alternate picked notes on a single string is what is tripping me. I’ll try and post a video if I can. Meanwhile I’ll be checking out the resources you mentioned.

You put into writing what I’ve been thinking about since yesterday. I got stuck trying to find good examples…