I thought it would be nice to start a thread to just chat about EVH. There are lots of threads on his amazing technique, so I have started this thread to just talk about his music, post videos etc.

Here is a video of Eddie playing Amsterdam in 1985…

This is actually from April of 1987…he’s playing someone’s borrowed guitar.

I love Ed, always have an always will. I thought I’d share some thoughts. I’ve always read how Ed would ‘regret’ causing the evolution of guitar playing to go in the shred direction…and maybe it’s urban legend at this point, but I have to say this: it wasn’t Ed.

I think it was Yngwie.

Ed was hugely influential across the board, of course. But as far as shredding goes, what happened in the 80s with Shrapnel, that kind of music was, in my opinion, derivative of Yngwie and the EVH copycats (Yngwie was definitely not an EVH copycat, although even he used some techniques popularized by Ed: volume swells and tapping).

In fact, back in 2006 when I took a ‘shred’ class at our local music shop, in a class of 15 or so folks, not one of them named Ed when it came to influences. Mind you it’s a lot time removed, but even the instructor didn’t consider Ed when it came to shredding. He was important, but not the catalyst.

Not sure what you guys think but would like know, either way.

Long live the memory of EVH!

Ed brought virtuoso guitar technique to the scene. He played super charged blues rock licks at speeds and with a fluidity that no one did before him. Not to mention his incredible sense of timing and rhythm playing. Very few players to this day can capture his “swing” feel when he plays.

Regardless if people called it “shred”, it was, imo. EVH style is foundational for becoming a solid rock player, even if all you take from him, is the aggresiveness of the earlier albums.

The techniques he used in VH1, and II, especially “Spanish Fly” were copped by so many players. Paul Gilbert totally used those techinques for his LH work and readily admits it.

Shame the “shredders” in that class you took, or even the instructor didn’t acknowledge Eds contribution to the shred guitar scene.

I did not grow up in that time, I’m 1986. But from what I know, he without doubt set off the shred scene. He may not of shredded often himself to be classed as a shredder, but he poplularised the lead guitarist and the superstrats to an extent that shredding became the main way to personify that aspect of lead guitar.

That extreme competence that is on the edge of human physicality, and just makes you say, wow…

Can we agree that “Shred Guitar” essentially is, technical guitar playing/virtuosic guitar playing? For that matter Al Dimeola and John Mcloughlin were pioneers as well as guys like Frank Marino, even Alvin Lee! I"m sure i’m missing some others.

Check out some of VHs early concerts on youtube. He is literally from another planet, his tone, the sounds, his technique, attitude, musicality…

I was born in 1971 and started playing during the whole 80’s shred scene. In my mind EVH wasn’t part of that scene. He was just an awesome rock guitar player in a great band. What he did do was push rock guitar to another level by moving it beyond the 70’s blues rock thing.

Here is a cool EVH and Steve Rosen interview. 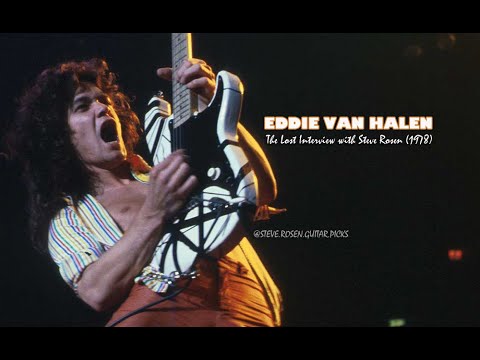 When I think about shred I think of EVH being “classic” shred, along with guys like Gary Moore, Schenker etc.

His ideas, motives, etc from those first 2-3 albums were the nucleus of so many guitar oriented bands, its almost too many to mention. Eddie played “shred riffs” in a band context and players like George Lynch, Warren Dimartini, etc. were spawned. PG stole a ton of LH ideas, as well as RR.

Even Yngwie used his riffs…

Van Halen for me came quite late. I’d heard his name in back to the future as a kid, but that honestly that was a terrible introduction as it was just a bunch of random noises.

It wasn’t till about 20 years later listening to what was labeled as the power rangers soundtrack downloading from limewire that I encountered dreams, I really enjoyed the message and the guitar grabbed my attention. About 5 years after that! I was in my first year of being introduced to weed, and you know how it can give you Lazer focus at times, I came across the 1989 Tokyo show and while high saw him do this shit. 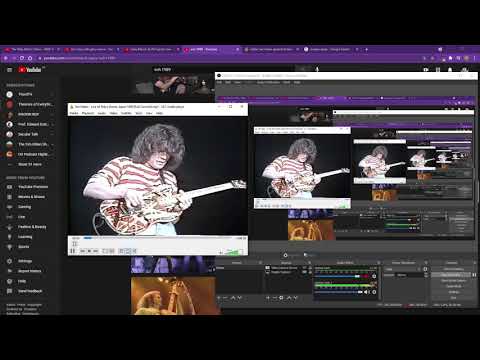 I’ve been a hardcore fan ever since. That tremolo really was quite unique.

I didn’t discover Eddie until I was about 18 and saw the Live Without a Net VHS. His playing blew me away, I must have watched his guitar solo on that more than any other part of the tape