Far Beyond The Sun Intro

I’ve been working on some Malmsteen stuff lately, I might try to keep this going for a full playthough if I can make it all the way through 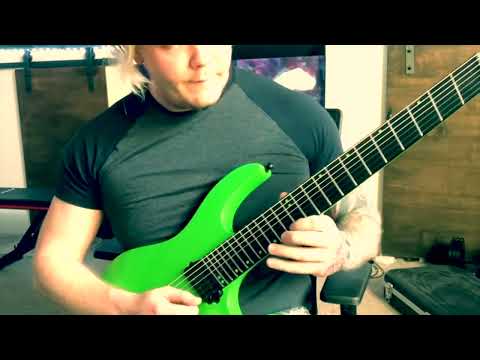 Awesome! I just watched this really quickly and didn’t analyze or anything…

Without painstakingly figuring out what you’re doing myself, can you comment if your playing the scalar stuff with:

It feels like I’m mostly playing with DBX + mixed escape and that’s how I try to practice it when going slower. I think if I push the speed much faster it would turn into 802+swiping but I have a good habit of left hand muting so I probably wouldn’t notice. I definitely still work in purposeful escape motions with my forearm on certain runs.

Whenever the magnets are up for sale I’ll definitely be recording my playing on different runs, I feel like I’m not especially good at identifying all the things I’m doing without that kind of visual analysis.

@joebegly A couple relevant things with 902 DBX after thinking about mixed escape a bit, and how you can derive a mixed escape primary USX technique from DBX by dropping wrist extension on non-string change downstrokes. I’m wondering if that’s actually more efficient due to less overall motion, or if the change between engaging the wrist extension and not doing so causes any hinderance.

I feel like I slip into mixed escape USX on faster lines, and I think that’s the case with say Andy Wood as well. Overall, if the aggressive sound is what you’re going for, I don’t think anything could beat well executed swiping in terms of efficiency. So I’m not at all trying to eliminate swiping or anything, I actually want to include swiping on fast aggressive runs.