so this is my first technique post here. I think it’s been several months since I subscribed and went through the basic videos, but I almost didn’t pick up the guitar for a few months due to the stresses of graduating university getting in the middle, so I would say I now have about a solid month or 1.5 months of “evening/weekend warrior’s” practice along the lines of Pickslanting Primer. Now that university’s done and I have some time again, I felt I can finally make some videos and check in with the bright minds here if I’m on the right track.
Like a lot of people in the forum, I had picked up the electric perhaps 15 ago, but got discouraged due to lack of progress and quit practicing seriously after a few years. My coping mechanism for this failure to make progress was switching to bass - which turned out not to be a bad decision - but, having stumbled upon the wealth of incredibly actionable knowledge Troy has gathered, I’ve become motivated again to come full circle and deal with the “unfinished business” on the electric.

So, here are the videos of my attempts at DWPS/USX. I must say it really felt “against the grain” trying to get any USX going, and I still feel like I need to warp my hand in a really strange way to get USX happenning. However, it might just be unfamiliarity, as I can practice for hours at a time without the right hand getting too sore.

The first video shows the basic 6NPS descending run from the Volcano seminar. The first half is the part that I am quite comfortable with; however, the thinner strings are giving me trouble. To some extent this seems to be due to the location of the volume pot on my guitar as my RH keeps bumping into it (strong candidate to the “Lamest Excuses Hall of Fame”), but even if I somehow manage to work around that, it still takes a whole lot more effort to play the two thinnest strings than the middle strings. 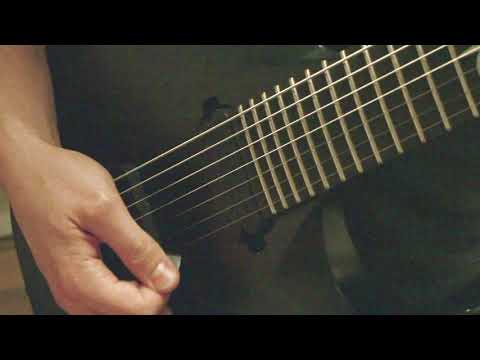 The second video is a 4NPS lick. Again, the thin-string trouble is evident, and noise control is an issue as well. 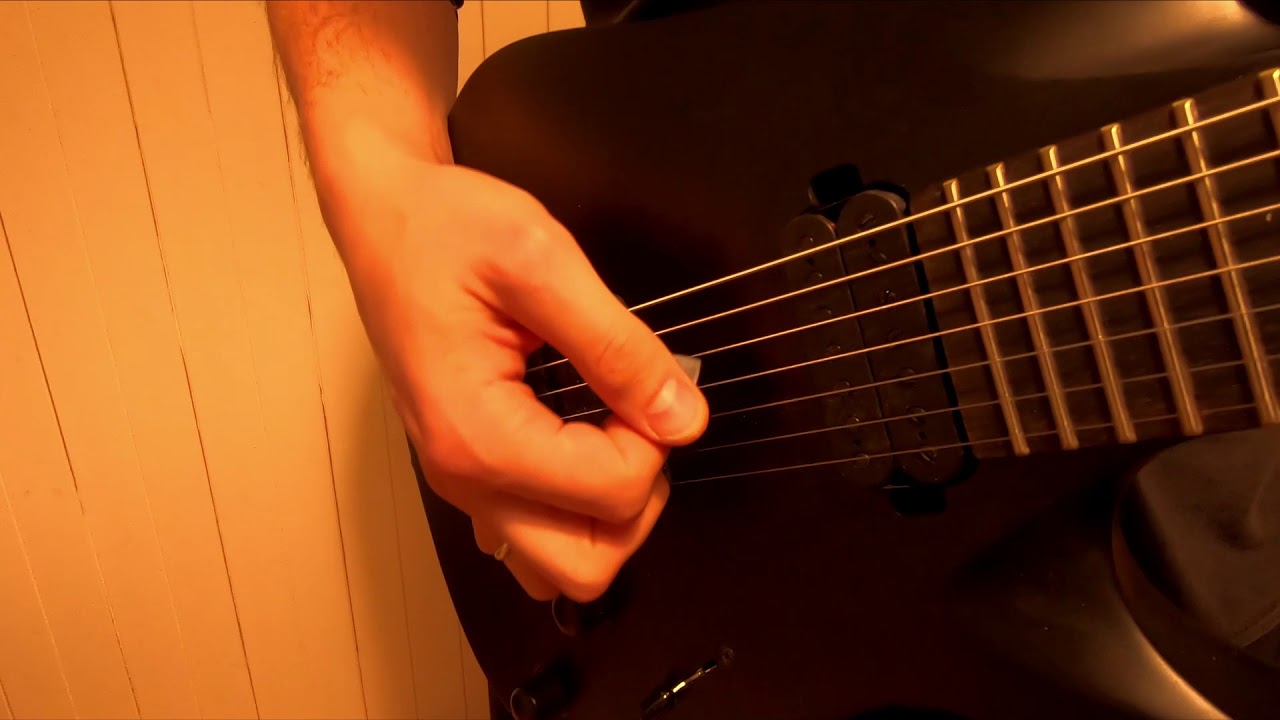 There are so many problems here that I’m not really sure what my main question is. I know for sure that I have some sort of working USX already - as slow as these speeds look in the context of this forum, they are still well beyond what I ever imagined to be able to play. I would even say that if I don’t ever get a single BPM faster than in these videos, it might just (almost!) be enough for me for life, if I could do it consistently and cleanly. The problem now is that, although the videos are generally not too messy, what is not shown is the multitude of attempts where I get stuck somewhere in the midle of the lick (or, more usually, among the first few notes).
So the key question is perhaps as follows: is there something obvious in the technique that would totally prevent me from eventually playing cleanly and consistently that I should change right now, or does this look generally OK and I should just expect consistency to slowly improve with additional practice, while looking for small details to tweak to improve muting and the situation on the thinner strings?

Thanks for any input!

I think it looks (and sounds) quite good. One thing I noticed is that you tend to keep the wrist in roughly the same area, so as the hand tracks across strings, your angle of attack and wrist setup change. The way I try to avoid this is by using arm tracking at the elbow. The whole arm setup shifts up and down to track string changes, while keeping the wrist+hand setup essentially the same on every string. This helps create the same type of attack and tactile response on all strings.

Another thing to help give you more freedom in your right hand is to experiment with picking at different points on the string, closer to the neck and back to the bridge. The more comfortable you are with playing anywhere on the string, the less you will be restricted to only one area. This gives you more tonal and dynamic options as well.

Accuracy and speed come in time, don’t focus so much on “cleanliness”. Rhythmic control and feeling momentum is the more important thing.

Thanks for the comments!
Indeed, you address a lot of things I am uncertain about.
Tracking might just be the most difficult thing for me right now. It feels so… scary! to move the anchor point. But I guess I should try to get more used to it. I really like the stability of an anchor point - it feels like it’s safer to change the picking angle rather than move the anchor point… I’m used to headbanging and generally prancing on stage quite a bit while playing bass, and I know that in order for those feats to not mess up what I’m playing, I need to have my thumb anchored on a pickup or at least a string. But I do feel the limitations quite severely, and totally notice how weird the picking angles feel on strings further away from the one or two “optimum” strings.
I guess it would make sense to work a bit more on moving the anchor without losing momentum…

Keep in mind that your string tracking is pretty smooth, accurate, and in tempo. These are the top priorities in my mind - so you already have a strong foundation to work with.

Feel free to look up some debates on “anchoring” in this forum - certainly some players have a stronger anchor than others, and still get results. You are not planting the fingers on the body or the wrist on the bridge, which already gives you a lot of freedom of movement.

Pretty early on, I was sold on the Petrucci technique of anchoring the pinky on the bridge pickup as a way to improve tracking. It wasn’t until I saw more players (Gilbert comes to mind) that mostly just use their palms lightly to have some stability, that I decided to be more or less go “anchorless”. It takes some getting used to, but the earlier you start, the sooner it’ll begin to feel natural!