Hi, I recently purchased a MIJ strat (second hand) and was considering upgrading from the 6 point tremolo to a better unit.

I like the concept of the FR Rail Tail and this reminds me of the SuperVee Bladerunner (no knife edges).

Has anyone tried the FR rail tail? In particlualr does it handle higher gauge strings well.

As a long time fan of Floyd Rose trems in general, you might want to go with something from Gotoh instead. They are no longer made in Germany of high quality steels. They are made in Korea now instead (they do have some German parts still for the original Floyd) which means the quality of materials isn’t that good and I’ve seen quite many complaints about that around different places. This is mostly opinion based on my experience with Floyd and years of being a tech at my previous job. I’m not the biggest fan of Japanese steel either, but it’s better than Korean, Indonesian or Chinese steel. Most of these companies tend to cheap out and use awful pot metal in lots of their parts (hi Ibanez) which always makes me think twice about buying anything from there. If you live in a coastal place (I’m originally from Seattle) high quality materials is paramount due to the amount of salt in the air which causes corrosion when things get wet (sweat also has salt) and inferior materials will corrode faster.

I don’t have first-hand experience, but Darrell Braun on youtube did a nice rundown on this trem. Unfortunately it doesn’t address your string gauge question. He seemed to think the only drawback was cost, and the preference issue of whether you like a dive-only trem or not: 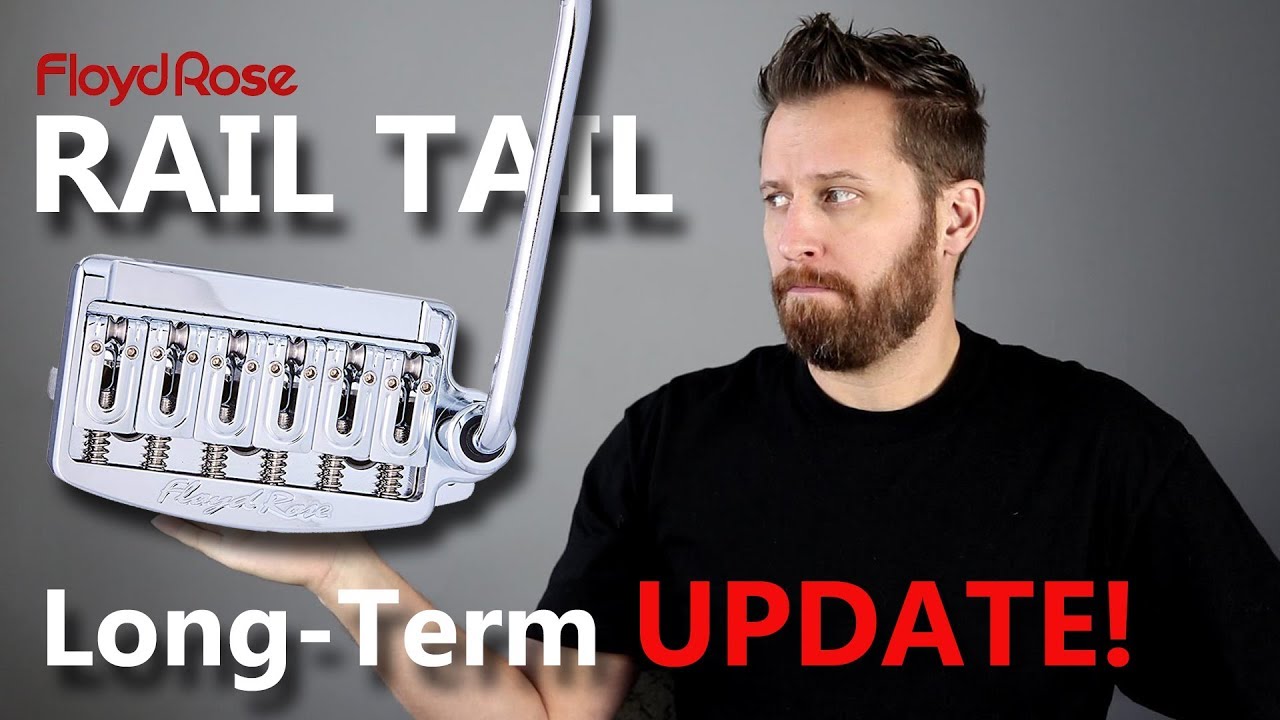 As a long time fan of Floyd Rose trems in general, you might want to go with something from Gotoh instead.

The limiting factor is that @jmath90 expressed interest in something without knife edges, and I don’t think Gotoh offers anything like that. If that consideration weren’t an issue, I’d suggest the Gotoh EV510TS-BS (or other Gotoh 510 variant of preference).

Yeah, the Vega looks like a nicer bridge to me, but it’s a floater. Stainless, made in Spain. I guess it depends on what kind of tone you are after too, and if you want floating or not. There’s also the Wilkinson one which is steel but traditional mounting. They are going to sound radically different from each other too. Setting up a strat bridge is also a fine art, and adjusting the trees correctly with spacers under them and of course locking tuners. There’s a ton of different upgrades you can do to a strat.

Thanks @ScottyB and @Frylock . I’m open to suggestion for a good tremolo unit. From a conceptual point of view I like the idea of having no knife edges (less wear and tear etc), hence the mention of FR and SuperVee. But I don’t have first hand experience with either. So not sure how it functions in the real world.

Darrel Braun’s video is the only good one I could find on comparing all the different tremolo units. But he doesn’t mention anything about the gauges (I prefer 10s and sometimes 11s).

I’m looking for tuning stability primarily. The change in tone/feel is something I could deal with. I believe most of these units could be considered an’upgrade’ to the default Fender units. As mentioned, I mostly prefer hardtail but don’t mind light use of tremolo where available. The dive only aspect of FR Rail Tail is fine by me.

I will have a look at Gotoh EV510TS-BS (or other Gotoh 510 variants). Thanks for the suggestion. I’ve avoided using a tremolo for a long time and as you mentioned setting it up properly is definitely a fine art. All my other guitars are hard tail.

My Floyd’s are all setup as dive only. Not everyone likes how they sound, but I like the tuning stability. However you can get one of those trems to stay in tune without a problem, even with more vintage style tuners. The Gotoh tuners are nice too and have a higher gear ratio while keeping the same holes and hardware style. There’s also nut sauce which is great. A properly made bone or brass nut is paramount to tuning stability too, well worth having a good shop do for you. Guitars are highly customizable machines and everything is down to player preference. If you have a guitar that’s not vintage or something you aren’t worried about modifying then I can only suggest to do lots of research and try things. Unfortunately they way things are right now that’s not exactly easy to just go and do. If you have the skill and money to do it yourself you can always buy parts and experiment until you find something that works for you. It’s the same as finding what works for playing imo.

am I allowed to ask you why you would like to swap the original tremolo system? The 6 point units might not seem like mechanical wonders (and they aren’t) but they usually do the job if they are properly set up especially if they are not floating.

Thanks Thomas. I remember seeing this on his channel FruduaTV many years ago. The strat I bought is Traditional '70s Stratocaster® Ash in natural and it came with 8s on it from the owner. The previous owner never really played it and was under his bed. So its in mint condition.

I haven’t changed the strings yet and this is the first time I’m playing 8s. It feels different. Currently, it goes out of tune (g string mainly) on using the tremolo (and sometimes otherwise). I reckon that my heavy handed approach is also pulling it out of tune as I’m not used to the lighter gauge. The tremolo unit definitely requires a setup and I will be doing a basic setup soon. The strings are also old which probably contributes to tuning instability.

I will be changing the strings to 10s and so this prompted the whole search for a relatively stable tremolo unit. Also I’m quite curious of the new developments in tremolo units offered by various companies and would like to get feedback from people having used it in the real world. Some of these tremolo units are quite expensive and I don’t want to spend a lot of money based on marketing hype from manufacturers. They all claim to offer greater tuning stability

At this stage, I just doing some more research and haven’t committed to buying a new tremolo unit. There may not be any reason to switch after a proper setup.

As mentioned above, I don’t use it that often but now that I have a strat I wouldn’t mind exploring the tremolo a bit more musically.

Changing to 10’s may mean that the guitar will benefit from adjusting the nut slots. Give those slots some lube as well. If that improves it significantly but not enough - locking tuners is something else to investigate.

I’m a believer that a well-lubricated nut will resolve the overwhelming majority of tuning stability issues. Make sure the nut slots are appropriate for the strings you use, and either use a self-lubricating nut like GraphTech, or lubricate the nut with the material of your choice (some variation of pencil lead either by itself or suspended in petroleum jelly seems to be popular).To go the extra mile you could replace tuning machines with staggered-height locking tuners (which should completely eliminate the need for string trees and also add convenience). If you have string trees, try removing them without even replacing the tuners. If the guitar still sounds fine, the string trees can be omitted even without staggered-height tuners.

If tuning stability is your main concern, I’d suggest exhausting the options above before investing in a new bridge. Personally, I like a Wilkinson VS100 style bridge because of how the top of the saddles feel against my hand, but vintage-style bridges are actually pretty decent as long as things are in proper shape at the headstock end. And count me as another fan of FruduaTV.