For the gods help for strumming the code!

hello everyone ! i’m reviving the strumming post i followed your advice but i still cant achieve a consistent and fast strumming , im posting some videos with different pick grips and in slow motion really sorry for the quality and blurriness but i didnt get to turn off the autofocus on my phone it seems it doesnt have that option i really hope you can help me because im thinking to quit , i just been trying for so long to get strumming right that im kind of tired of trying without no results , lately i remembered troy said that it doesnt have to be as relaxed and floppy as it seems he said that you can strum hard , i havent tried that may be thats what im missing 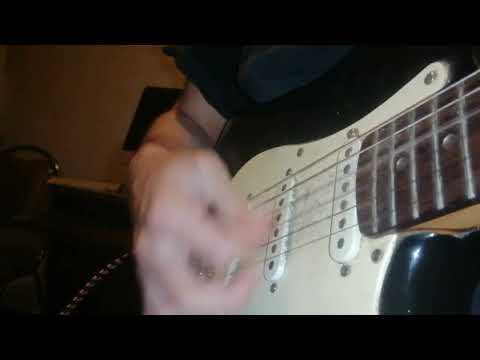 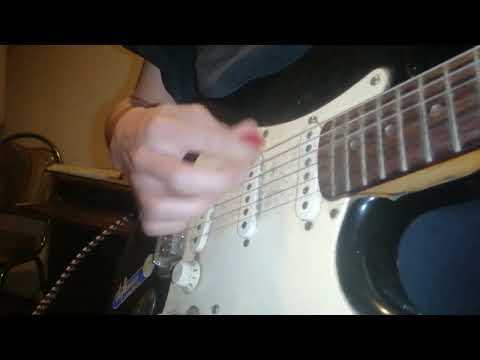 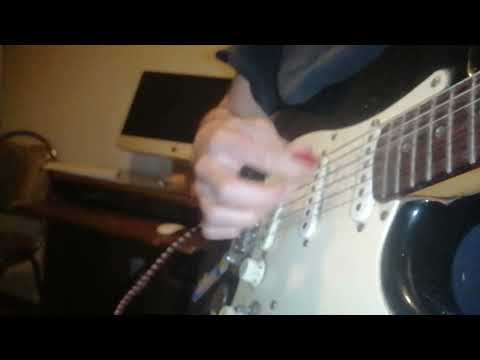 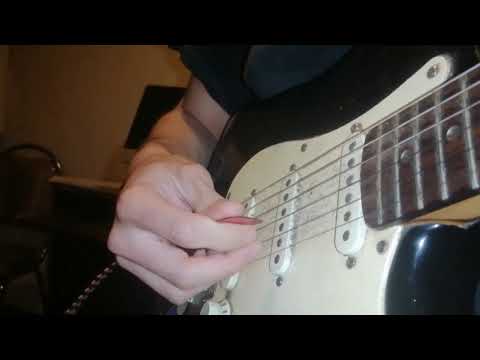 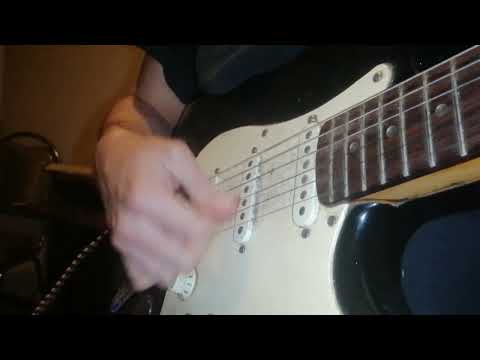 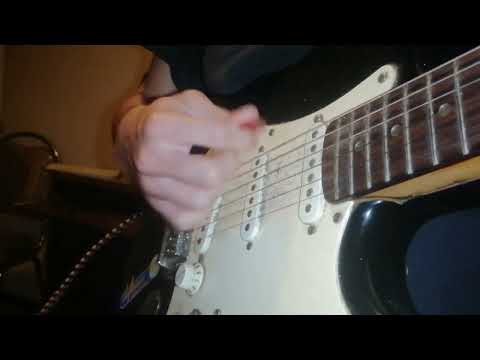 These attempts don’t look bad, but I am guessing this is far below the speed you wanted to achieve.

What happens when you actually try to strum at the target speed?

Maybe you can also try to “start smaller”, like tremolo picking 2 or 3 strings at the same time.

PS: do your upstrokes feel a bit “stuck” in any of these videos?

hey tommo! thanks for replying well when i try to strum at faster tempos (110-125) i feel tense and i noticed i start strumming from the elbow and the wrist movement becomes small.
i also a video editor and i dowloaded several videos from cory wong , niles rodgers tomo fujita and other funk strummers and watched in slow motion or frame by frame i see they strum from the wrist kind of a flextension mixed with little elbow and fore arm in the downstroke and elbow and fore arm rotation in the upstroke but when i try to emulate that i can’t pass 110 16th notes , and im confused some of them say you need to be quite relaxed and strum soft , but troy and others say the opposite strum hard , what do you think? now im strumming hard and trying to develope stamina cause the other way doesnt seem to work , also im targetting 3 or 4 strings , a curious thing is that i can strum faster when im playing power chords and the 6th and 5th strings .
as for the upstrokes i used to feel them stucked but i started to do the “brush” thing and got better no matter the pick angle or grip so what do you suggest? its a matter of stamina or strike not so soft? what has worked with you because i watched you have interest in this topic , i hope troy release soon the cory wong interview it`s been almost a year since he posted it

I’d recommend to not try to think in terms of “should / shouldn’t do”, but in terms of what does and doesn’t work. Your elbow wants to get involved when you strum fast? let it get involved and see what result you get.

Strum hard or soft? Try both and again evaluate the result.

PS: there should not be any need to build stamina like in gym/athletics, if you get the motion right it should feel relatively easy to do for long-ish periods of time.

well , sometimes i get confused about how long should i try something to see if it works ,one week , one month? or how many measures 4, 8 etc a movement works when i try it fast for example i can play one or two measures at 120 bpm , if i study every day i can get to 4 to 16 but only if i play at least 30 mins , rather than other techniques like picking, specially usx where i can skip several days and yet keep the speed without too many effort till now i haven’t found movements that work i’ve always have to warm at least 10 mins until i kind of get fast , now i’m also trying to not to think in terms on up and down strokes but side to side , imagining semi circles something like the pendulum that troy talks about on the crosspicking pick movement , i felt it weird but i could reached more measures i’d be interesting to know what works for you of if you could upload a video playing 16th notes to compare what i`m doing different any ways thanks for the feedback

well , sometimes i get confused about how long should i try something to see if it works ,one week , one month?

Good question! In general, if something works it works straight away. Maybe not consistently, but straight away you should get at least some “windows of correctness”.

If you don’t get that, then you need to change some variables and try again. If you just try again without changing any variables, the result will probably not change regardless of time invested.

To give you a concrete example, I’ll put myself out there and show you my current (lack of) funk strumming skills. I have practiced this for about 5 minutes today. I’m using a 3-finger grip which I found to be more comfy for me for this kind of thing (but until today, I only used it for medium speed strumming).

Initially the fast strums didn’t come out at all. After a few minutes I realised that I had to make the faster strums smaller, like hitting 3 or 4 strings max. So I made this change and I began to be able to insert fast strums here and there. Not very consistent, but roughly the speed I was aiming for.

This currently feels awful and not reliable (you can see that there’s quite a bit of variability on how smoothly the pick glides across the strings during the faster strums) but it shows me the following things:

Note how I would never have figured this out with slow metronome work.
PS: not to say metronomes/ drum machines are bad. But in my opinion, working on refining timing etc. would make sense only after I have the basic motion under control. 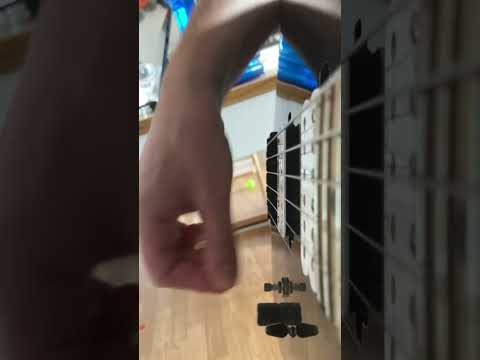 For the CTC forum

Hi David, I remember your previous topics about your difficulty with fast strumming. Have you tried to just floor it and allow whatever motions feel like they are becoming involved to happen?

I’d recommend going fast, just spanning two or three strings. You might feel like adjusting your grip on the fly and I’d allow that to happen.

Trying to micromanage and plan out how you do it could be part of the reason why you haven’t quite got there with this yet.

For me, the faster I go, the more likely other joint motions , like elbow, might get involved. Especially if I try span 6 strings at speed.

thanks bro i watched your post yesterday , yeah doesnt look bad , today i tried to apply your advice , i started to play at target speed , and changing variables , also i watched a video of justin guitar on youtube where he explains that upstrokes are played kind of outwards the guitar and because of it you don't play the 6 strings, i tried that combined with another thing that troy mentioned in a post where he says that the wrist is slightly oriented in 1 or 2 o clock but flexed , and some kind of weird movement that i can't explain but related to elbow ; i got to play more measures at 120 bpm with several grips ( except the one you are using in the video ) but also i tried the 3 finger grip , i only could play 1 or 3 measures but ill keep trying and searching variables ill study keeping that philosophy to see where i get with it , by the way do you have a magnet? id love to have one but i guess they are not shippable yet .

hey man thanks for the advice , yeah i have tought in that a lot of times and ive tried to floor it without not good results , well kind of lets say that some times 1 or 2 in 10 i feel better and more "groovy" but thats the thing the next day i cant feel it , but you know long time ago i did a red hot chili peppers tribute band and i just hade the goal to play the songs and to give a shit about mistakes ,and its weird in time some how i managed to play with groove and looseness , i walked jumped and got crazy on stage ,so i dont know how i got there , and ill be honest now a days i feel more insecure playing i tried to do the same giving a shit philosohy but i didnt get to those looseness again i get your point , ill apply your advice mixed with the things tomo suggest , both are important i think my main goal is to get to those levels willingly , its interesting the phsycological stuff in playing , what do you think?