I’m a couple of weeks late to the party, but this show is a riot, and writer/director James Gunn is leaning hard into some of the 80s rock nostalgia. It’s poking fun, but with clear affection. So much about this show has an over-the-top sensibility that I think will appeal to many of us who have a fondness for some of the musical and cultural excesses of the 80s.

As is often the case in Gunn’s work, there’s a theme of problematic father-son relationships that helps explain how the deeply flawed title character ended up the way he is. But the pace is brisk, and the show is fun and action-packed.

And I mean c’mon, a show where two minor characters get into an argument about the band Cinderella? Pandering? Sure, but it plays.

I think the opening title song is by a Swedish band called WigWam. They are pretty good. I know it’s meant to be tongue in cheek but I like it. They have a song or album called “667 The Neighbor of the Beast”. Which I think is pretty hilarious. Like Steel Panther.

Yeah, apparently that song is from around 2010. There’s an official video from then that is a pretty good recreation of the look of something like a RATT video from the mid-80s.

Without going too spoilerish, in episode 4, we get into some of Peacemaker’s heavy personal stuff and start to see why he’s so attached to music from that period.

Found an interesting interview with Gunn related to the show: 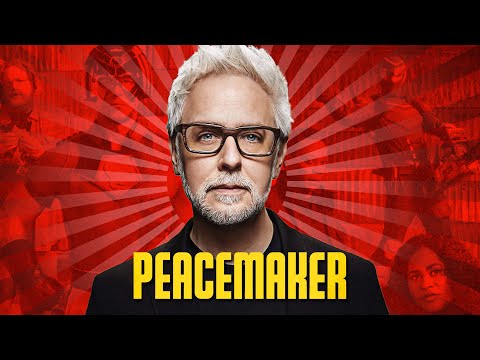