Haha what is this ? you guys check this out 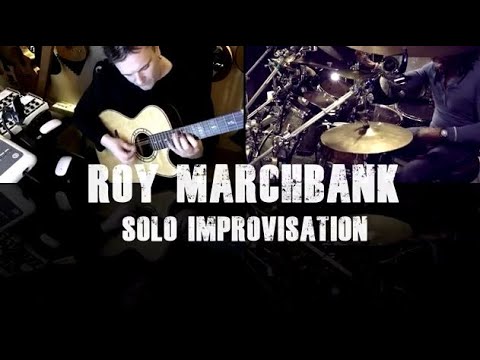 this dude is quick and clean ! figure you guys would dig this

This guy is powered by at least 1.21 Gigawatts! Ridiculous playing. Thanks for sharing! Looks like a trailing edge grip…pretty cool!

HOW THE HELL is he playing what I feel can only be described as “CHIP TUNES” ON HIS DAMN ACOUSTIC GUITAR?!

Yeah…thinking about this again and rewatching. Without counting notes per second this seems like some Shawn Lane level playing. Just amazing to be that fast and also musical.

He is incredible, here is an interview on his picking technique. The other guy Rowan Parker is my old guitar teacher from Glasgow, UK. 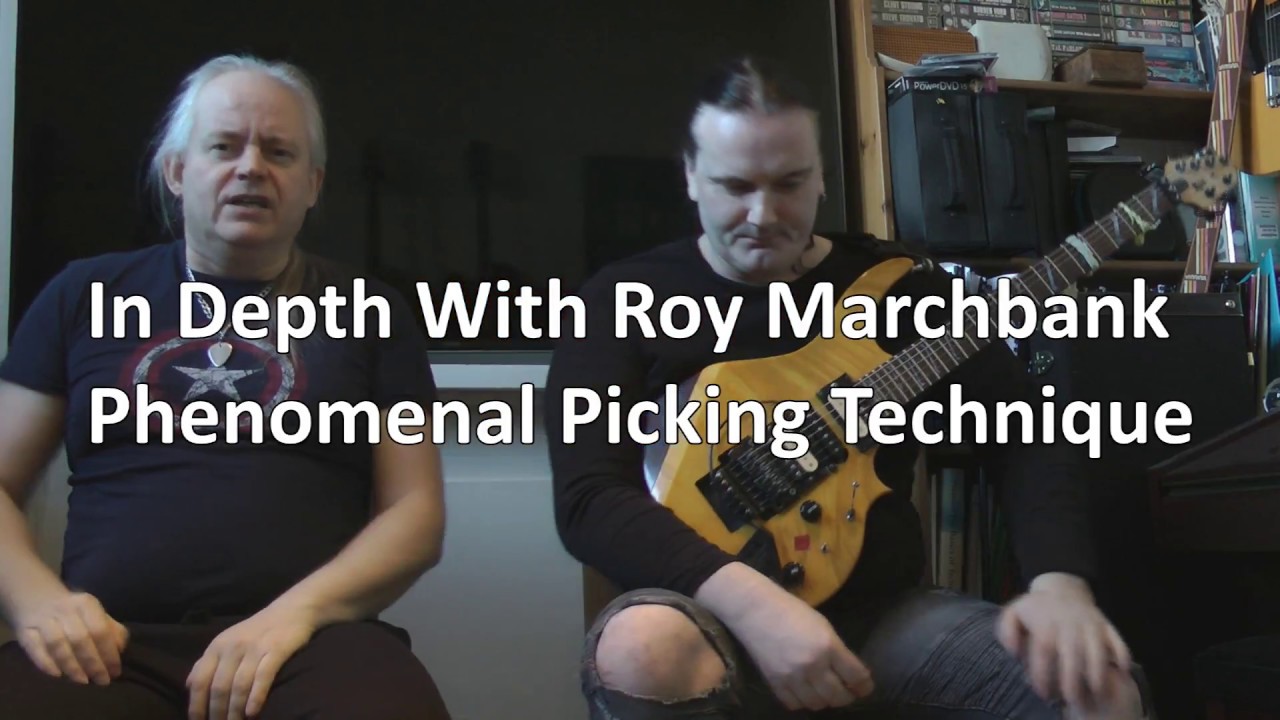 Ha…further googling on this beast leads me right back to…wait for it…the CtC forum!!! He’s a member! Guess if I weren’t a 6 month newb around here I’d already know that

I was going to share this recently uploaded video by Roy Marchbank to the pick’s thread then I decided that he deserves his own thread. Roy used to glue three 3mm picks together to obtain a super thick pick that his whole alternate picking technique is apparently built on. But now it seems that he has his own signature pick: This guy’s alternate picking is just scary. I wonder what is exactly in the shape of this pick that makes string switching easier according to him… Anyway, his YT channe…

I’ve only skimmed but it’s an interesting read with lots of other clips of his awesome technique. Looks like my reaction of Lane-level wasn’t too far off based on some other comments and the consensus on his notes per second. Still…I come back to musicality. Most of what I’ve seen isn’t just fast…it’s also good.

And yeah I’ve seen some of Rowan’s clips on youtube. He’s awesome too and seems like a really cool guy. That’s awesome you got to study with him @weealf!

The guy has a really interesting picking motion, is super fast and has great musical ideas. You can also see in the Rowan interview that the speed is real.

However, if you compare the live playing in the interview with the video at the top of this page, it’s hard to shake the impression that parts of the latter may be heavily edited - in fact some of the fast passages sound like a midi!

Again this does not take away the fact that the guy has some serious picking skills!

check this one out! (I’ve queued it) 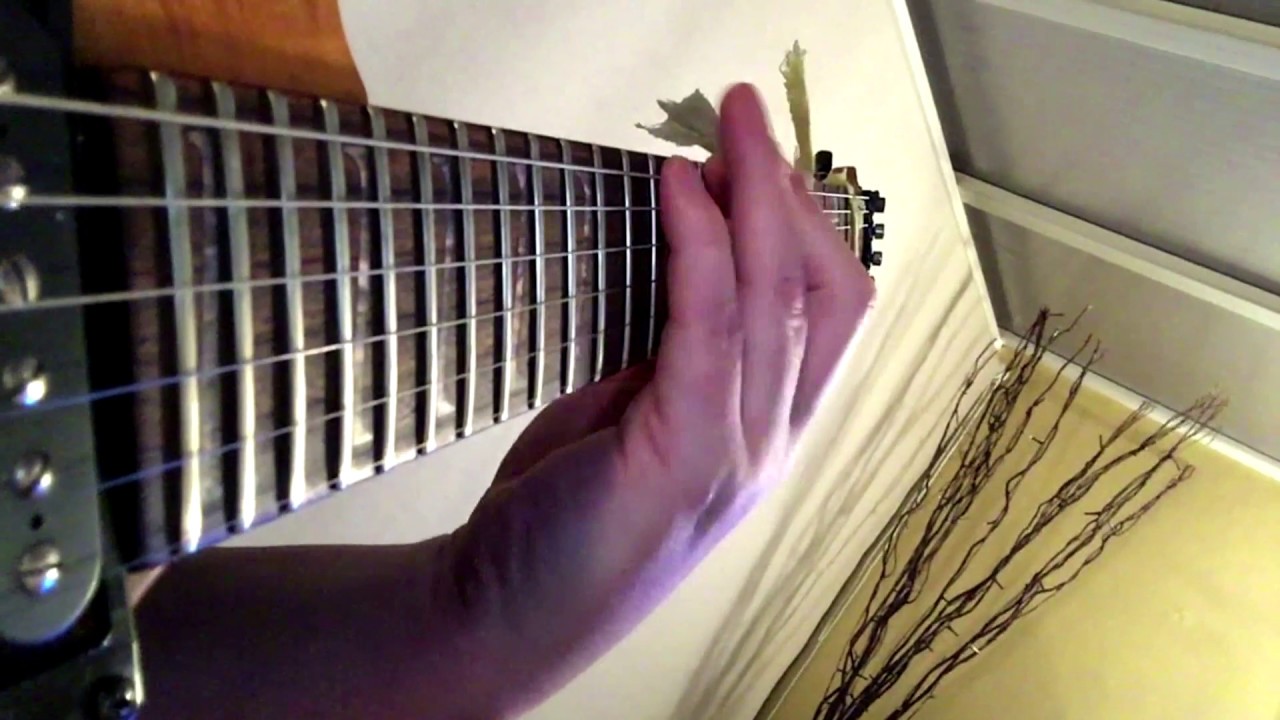 I am sad because I can’t even burn my guitar after watching this, since it’s not made of wood.

since it’s not made of wood.

Does that mean it doesn’t weigh the same as a duck?

Does that mean it doesn’t weigh the same as a duck?

It just might weight the same. Sometimes I feel Troy and the gang put the Devil in it. Was it all black already when I took it home?

in fact some of the fast passages sound like a midi!

I hate to be a hater, but I can’t listen to this guy because of it. It would sound better though a synth! Lol

This guy is powered by at least 1.21 Gigawatts! Ridiculous playing.

some of the fast passages sound like a midi!

The playing in this video is the sound of samples or other synth sound, and also not the result of the playing you’re seeing in the video. It’s actually a little disappointing to me that I even have to type this out. Has nobody ever loaded up a general midi guitar patch before and had it play back Bach or something at high bpm? The uniform rhythm, lack of articulation, and pitch bend slides are so distinctively computerlike that that no slow motion or other CSI-level investigation is necessary to hear them in this video.

However, if you’re still not sure, please watch the first 30 seconds or so at quarter speed in the YT player. Notes sounding with no fingers or pick moving, slides with no fingers sliding, multi-string phrases with the hand not moving off the top string. The very first line played in this video is missing fretting motions and pickstrokes, and that’s not even fast.

He is incredible, here is an interview on his picking technique. The other guy Rowan Parker is my old guitar teacher from Glasgow, UK.

The irony here is that Roy’s picking motion itself is clearly real. This video with Rowan makes that obvious. It also makes it obvious how different his live playing is from whatever is going on in the other video. There’s a lot of noise and lack of synchronization here, even accounting for room echo. At one point they both play an arpeggio and Rowan’s is the more accurate. I think the motion itself is probably single escaped or trapped, and hitting unwanted strings / double-striking notes is going to compound whatever synchronization challenges already exist at these very fast speeds.

Roy is a very nice guy, so I’ve been straight with him about the computerized playing not doing him any favors. We were straight with John Taylor @milehighshred too about not really playing 600bpm. It wasn’t malicious, it was just the truth. We want to work with people. And we can’t if we’re not on the same page. John could certainly have been pissed off. I don’t doubt he was for a minute. I’m amazed he still talks to us at all. But John is also a very nice guy, as well as a monster player who writes great tunes. I’m glad we flew all the way out there to meet him because I feel like we made a new friend.

Roy’s technique and prodigious musical knowledge, when paired with the right phrases, would still melt faces. And it would be easy to lean into whatever its actual capabilities are, whatever they happen to be. Jorge Strunz does a great job with swiping, for example. See him live, he sounds like a million bucks. The same could happen here. But if he keeps posting the computer stuff it’s only generating drama and taking attention from where it should be.

This makes me both a little sad but also a little happy. It was literally chip tunes (or a reasonable hand drawn facsimile) or parts of it was anyway

I feel stupid. Does it surprise anyone that once some guy set up a stand in a grocery store and gave a presentation on some amazing kitchen knives at an incredible bargain and I walked out with a set? HAHAHAHA!

I guess I just don’t know what I’m listening to. Pre CtC the fastest thing I’d ever heard was Rusty Cooley, Petrucci and Batio. I’d never even given Shawn Lane a spin. I kinda figured once you reach a certain speed, and pick with what looks like a pebble, that it would sound sort of computerish. A lot of what Rusty plays sounds like a video game to me too, and this seemed even faster so I didn’t think to question it.

But were the knives any good? Ginsu was a staple of commercial ads back in the day and I always wanted a set. It cuts a can!

It was a bit of a mixed bag actually!!! Some broke after the first couple uses or rusted after a time through the dishwashers, others lasted years. Oh and one year at her work company dinner, my wife won a set of Ginsu knives. They’ve lasted a decade and a half, no joke. I seriously cut my omelette filling with one this morning. I never tried cutting a can though.

I’ll admit it, I’m a sucker lol I want so badly to believe everyone. Except when it came to your site of course, Troy

I knew as soon as I watched “Get Down For the Upstroke” on youtube that this was what I’d gotten wrong all those years. No BS with the CtC core product at all!

Roys a super nice guy! And really insightful! Took a lesson with him a month or so ago, plan to take a few more! Cheers!