Hi! I have been a MoM member for about a year now and I really have to say that my playing has improved a lot. After about a month of playing around and testing motions I realized that DSX (wrist, and elbow for really fast stuff) came naturally to me.

Since I always wanted to be able to play metal rhythm guitar (fast muted tremolo) I also spent months trying to learn forearm motion (USX). Fast forward a year and I can now play both DSX and USX quite comfortably which is great. My issue, however, is that I still don’t have a motion that works for metal rhythm playing. No matter DSX or USX I can’t play fast while muting the strings (especially the lower strings).

When I use wrist (DSX) I can mute most of the strings while playing but the low E just seems impossible to mute while playing fast. Even the A string gives me some trouble here.

My forearm (USX) motion works great until I get my palm about 1 cm above the bridge, any closer than that and it doesn’t feel like the same motion anymore and I can’t keep the speed up. Sometimes I’m able to keep the speed up for a few second but the motions quickly turns into some kind flip flop playing.

I feel like I have the motions I need for lead playing but I would really like to be able to mute while playing USX forearm.

I wonder if anyone has had the same experience? Any ideas on how to transform my “semi-gypsy” forearm motion into something more similar to what Teemu is using?

What kind of bridge is on your guitar? Or what model guitar in general? Have any video of you playing either lead or rhythm?

Have you tried the Doug Aldrich wrist/forearm blend? 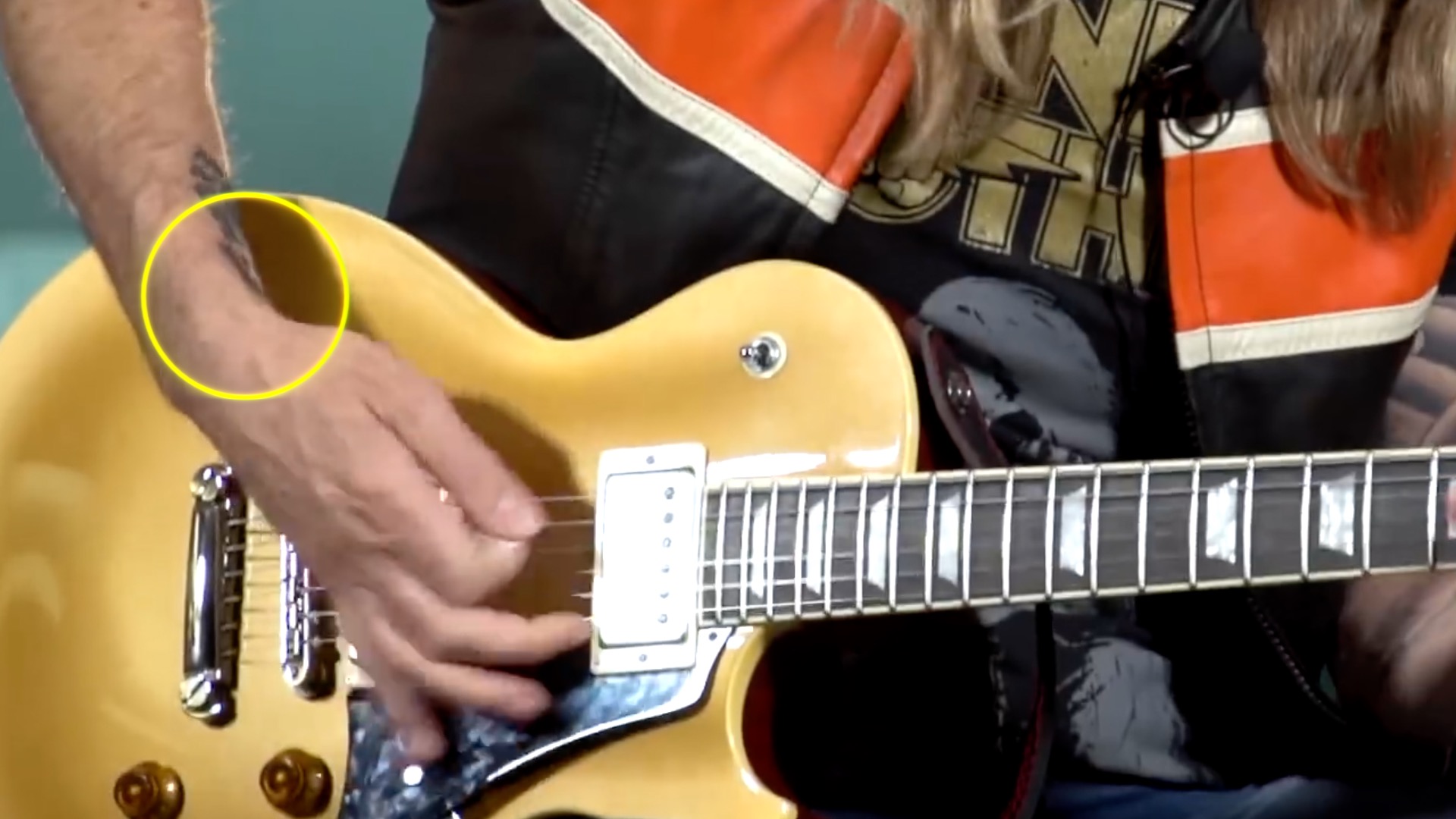 Troy mentions it being similar to gypsy. Maybe try mimicking what Troy and Doug do from the footage and see if you can zero in on it?

I play with different kind of guitars but have the same problem on all of them. I mostly play on a floyd rose (locked) bridget on my charvel.

I have a video of me playing the final countdown solo but that was before i joined Ctc so It doesn’t really highlight my problem but I’ll share it anyway since I think I did quite ok!

Unfortunately I can’t film myself right now, I tried using the phone but can’t get the right angle, my picking hand doesn’t show. I think I’m gonna invest in somekind of webcam so that I can film me playing more easily.

Watching it right now, I realize that when I try to mute I still have some kind of DSX thinking about where the hand should touch the strings. If I keep my hand closer to a 90 degree angle to the strings (if that makes sense) I might actually be able to mute while using my forearm. I definitively need to try this out for a week or two.

Hey, my primary is forearm and wrist blend. I rest on the strings/bridge. With this setup it’s harder to not palm mute!

Are you doing a somewhat floating forearm/wrist usx?

In the primer there is a helpful guide for the resting on the bridge version. Much better than I’d be able to describe it here. 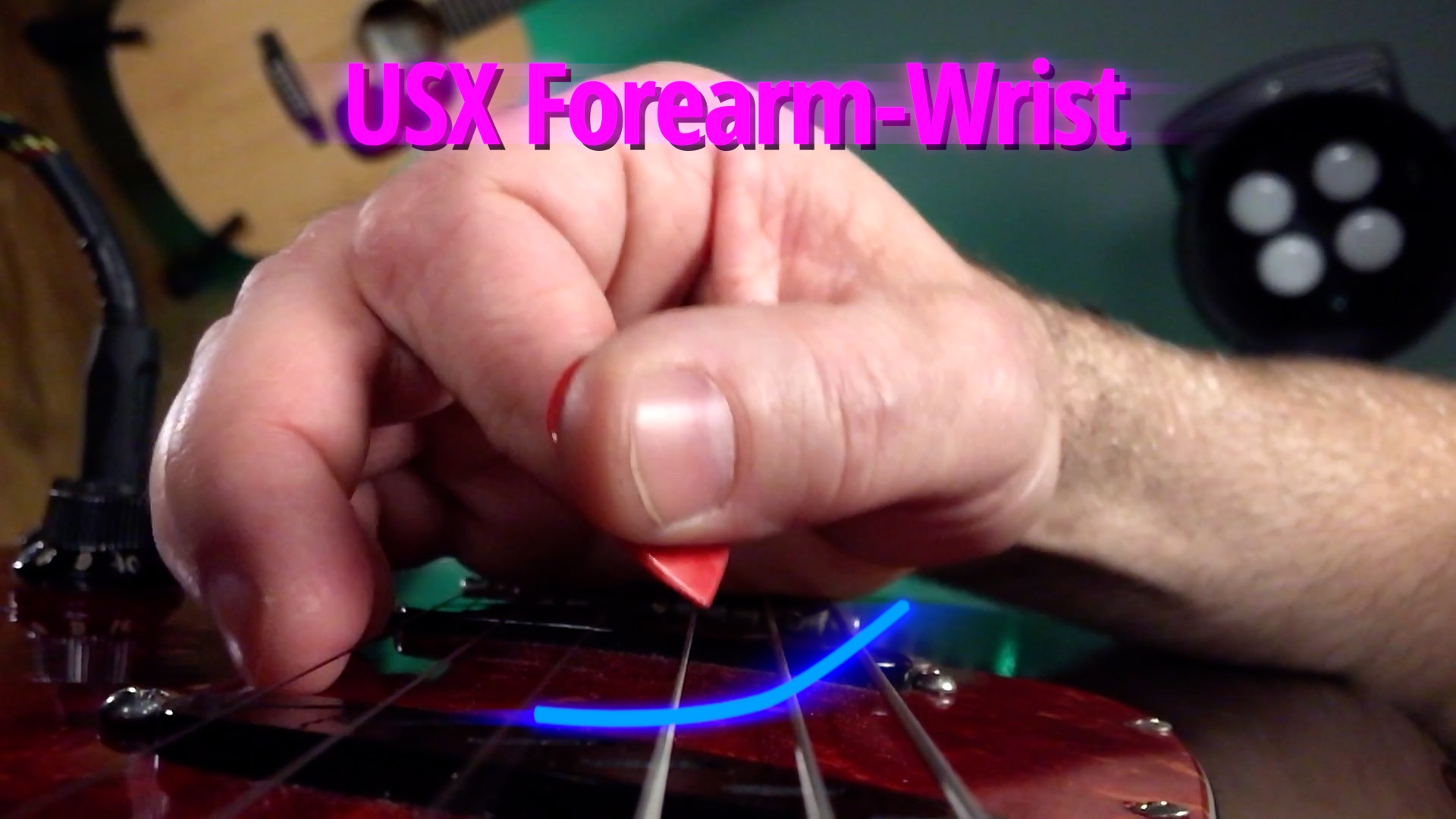 Not to sound glib, but… Try using a different part of your hand or forearm to mute.

With some guitars and different picking techniques I have to adjust which bit of flesh is doing the muting. With crosspicking, for example, sometimes I end up pretty far up the wrist.

Lower strings in general tend to trip many up. What happens that I see a lot is that there is this conscious or even subconscious expectation that when many switch to them, they tend to pick harder than they need to because they are thicker, and they also don’t shift their hands accordingly to get the same angle on them as they do the higher strings.

Now the muting part kind of depends on what you primary picking motion is. If you are a wrist player try using the side of your hand (karate chop), or the place somewhere between the side and meaty palm part. Don’t use too much pressure, but you have to do it in a spot that actually dampens the strings somewhat. If you are up to close on to the bridge - where the string exit the saddle, particularly on a floyd, you won’t mute or dampen the strings enough. On a floyd you want to be somewhat in between that spot and the bridge pickup, or even over the bridge pickup if you line the sound. Any further closer to the neck, and you will dampen the strings a bit too much.

Thank you for all the suggestions! I’ve been experimenting a bit and it’s getting better and better. When using wrist it’s all about finding the right spot, it gets easier to find it for each time I try it. The low E is still bothering me but it’s also getting better, I still have some issues with my hand changing positions when trying to play fast but I think it’s something I can overcome by practicing (getting used to it).

I know it’s all about trying different things and there are only so many places on the hand one can use for muting but I just wanted to throw the question out there to see if other people have had the same difficulties (and how they overcame them).