How Does Igor Paspalj Do It?

I thought Igor Paspalj was a textbook USX player. He does Yngwie covers and appears to play the licks the same way Yngwie does. His setup looks a lot like Yngwie too. Very visual downward slant (and yeah yeah I know the slant doesn’t always mean what it looks like) and I see lots of that forearm ‘wiggle’ we’re used to seeing in a rotational mechanic but more than that to me it just looks like his pick escapes on the upstrokes.

The reason I mention all this is because I thought it would be fun to make myself learn one of his songs (Full Throttle), so I bought the lesson from JTC. To my surprise, there are quite a few phrases he plays that aren’t USX…or DSX. I can’t figure out how he’s doing it though because again, his playing looks like USX to me. I have to be wrong, that’s the only thing that makes sense. Also, it’s a very possible explanation since I’m wrong all the time

For example, he has this fast descending run here: 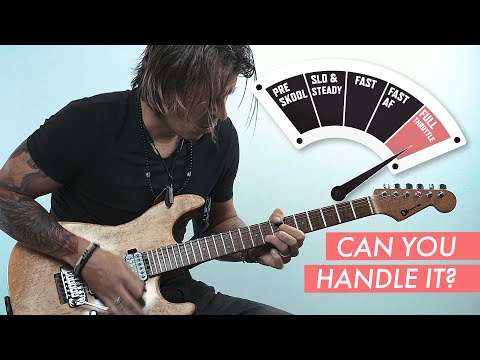 And the tabs in the lesson say it’s played like this:

I’m pretty confident the tabs are correct (here and in all examples I’ll post).

This one isn’t quite queued up…he does a fast ascending Yngwie one string sequence, but then follows it up with a descending run that poses the same escape problems as the first phrase. So, the second measure here:

Clearly a mixed escape lick (and sequentially almost identical to the first example). I know I’m not imagining that he can do USX, because the very begging of the video is just a repeated 2nps pentatonic lick.

He’s clearly starting each string with a downstroke too. Doesn’t get much more USX than that.

Plus he does lots of 2 string economy picked licks, a la Rising Force or Trilogy that would require USX:

He starts those with an upstroke, so definitely USX.

So what’s he doing, in CtC terms, to allow him to play the mixed escape licks from his Yngwie posture? What’s the helper motion?

His form looks superficially similar to (the monster picker) Josh Middleton’s (with a great angle on the picking hand at the beginning of this video): 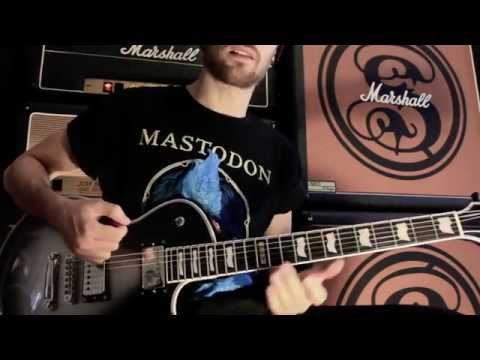 I’ve been curious myself for a while on how these sorts of forms work.

It looks like his downstrokes escape and his forearm is supinated like Gilbert despite the downward pickslant.

These aren’t the typical ‘swipable’ licks Troy’s shown us. If I try swiping whether USX or DSX, it feels awkward to me since the swipes aren’t on outside changes. I’ll try it anyway, maybe with practice and just not caring, it will feel less awkward

A big thing could be tempo too. I’m not there yet

I’d love to see him interviewed by Troy. He gets up to 16ths @ 240bpm in other tunes, so I think it would be interesting to see if at those speeds we see similarities to Cooley and Harrison where some “ghost” notes happen despite otherwise excellent sync. Either way, it would clear up exactly what his mechanic(s) is/are. I’m thinking it’s more nuanced than I first suspected.

@joebegly I think it’s actually just DWPS with swiping. I play D U D U(with swipe) D U(with swipe) and so on here - I get a little tripped up with the position switch on the B/G string lines (I have sub-clips of me trying a couple different fingerings because of this) but my right hand mechanic feels perfectly fine when I try it 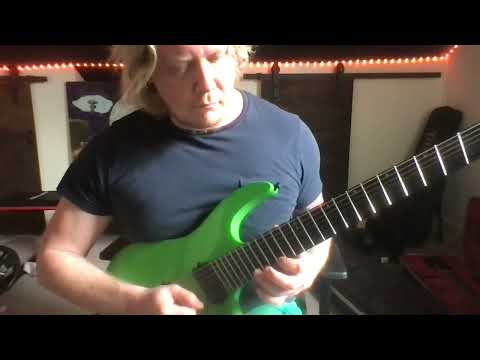 Yeah I’m not sure. If I did this with DWPS (all USX) and swiped, it would look like this:

I can’t physically do that. All my upstroke swipes don’t even cut through both strings. It would cause the fret hand to be a hammer from nowhere.

This is assuming a rotational mechanic. It might be different if I were playing from the wrist, which maybe he’s doing.

I would bet on this being what it looks like: fast single escape motion. There are many reasons to assume this and pretty much none not to: the form, the motion, the speed, the obvious pickslant, the type of vocabulary being played — scalar stuff — are all things we know fit with that kind of motion. If these “how do they do it” threads were blackjack, basic strategy would be “bet on the big picture”. You’d come out a winner pretty often.

Most importantly, no matter what is going on in the small picture, whether there are slight variations per phrase or pattern, it wouldn’t change what you would do to go about learning this. There is no doubt what this motion is, and no doubt how to learn it. And we know you start on these phrases and go fast and see how close you get first.

In this case the minimum requirement is fast reverse dart table tapping motion. Doing that fast with a certain amount of ease, that’s where I’d start.

There is no doubt what this motion is, and no doubt how to learn it.

In this case the minimum requirement is fast reverse dart table tapping motion.

So, not rotational at all? Damn I suck at identifying motions. It’s not like I’m a noob at this either lol!

This is definitely wrist motion, not forearm.

Thanks. In other news, I quit! lol!

Meaning, I quit trying to figure things out. At this point (all thanks to you) I can at least know immediately when I’m playing stuff if it feels good or not, and if not, where the sticky part is and which escape route to use.

You’re very knowledgeable about this stuff, your playing is great, and you have a knack for learning motions. You also have a family and multiple jobs so it’s not like you’re going to sit around all day experimenting with picking motions.

If you want to try this general style, just get any fast reverse dart motions happening with a supinated arm position and a little muting. I wouldn’t worry about whether it’s USX or DSX. Just get the big picture. Same arm position, index grip, any motion that goes fast. Whichever motion works first, find an easy phrase that fits it.

Expand from there if you want more variety. 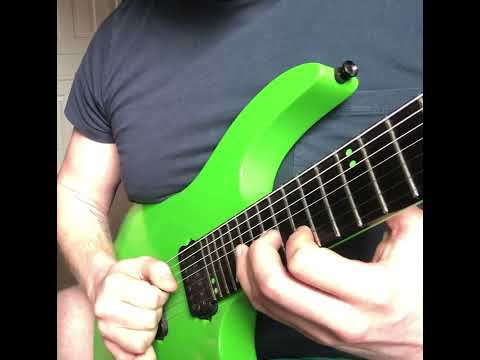 Thanks @Troy! You’re as kind as you are a monster player

I’ll mess with RDT a little more. I tried your instructions in that other thread. Funny…I think this is similar to what I did WAY back in the band days. I know I used a trailing edge grip, and just based on a couple of the patterns I didn’t struggle with, I’m positive I was DSX. Early indicators say the motion feels easy, doesn’t crap out, and is fairly fast: 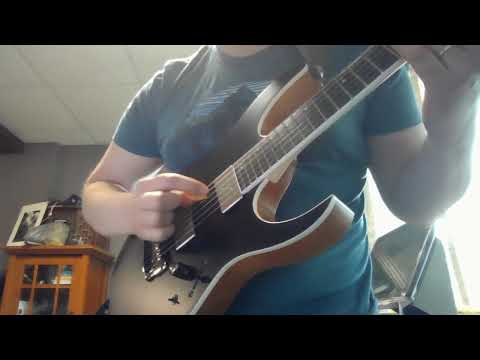 I’m not sure what you mean by the hammer out of nowhere. Maybe a better angle can show you what I’m doing.

Ah I see the difference. Different motion than the USX I was doing. You are turning your hand into the guitar on the upstrokes. I was staying supinated and using sort of a Malmsteen/Gypsy form where upstrokes travel away from the body. So on the swipe, I’d hit the muted E string and that’s it. My pick wouldn’t hit the B string (air ball) so as my fretting hand hits the 18th fret on the B string, it’s a hammer from nowhere.

If I change my form more like yours, I get the same results as you.

BUT this whole damn thread is based on my flawed premise lol!

I think I tripped myself up here - I’m doing UWPS that’s very close to neutral when going fast and tricking myself with a curved motion going slow. In practice with this I would definitely play it with RDT and if anything it’s adding effort to it by thinking about how to introduce swiping based on the premise lol

Looks good. You’ll find all sorts of variations on this that are fast / easy. This table tap version is just a way to get your foot in the door.

What are you doing here? I’m probably conflating due your trailing edge grip 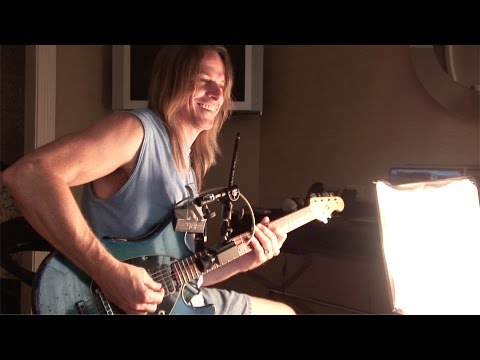 Just wondering if there’s any overlap with what you’re doing and the trailing edge RDT. I ask because I’m ok at a handful of motions now but I don’t have a DBX motion that I can easily switch to from another single escape motion, comfortably. I can sort of imitate what you’re doing in that Morse video, and the setup seems close enough to this trailing edge RDT motion that I feel like it might be worth pursuing. 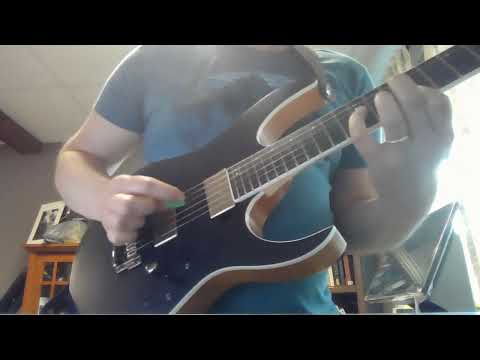 Rough, I know, but you get the idea. It doesn’t feel ‘hard’ to do this, just like it needs to be de-slopped.

I’m pretty sure Steve’s is partly forearm rotational (see around 13:30) - you can definitely combine a bit of forearm rotation into your RDT mechanic which is what I do and I think matches Tom’s mode 1 picking. But from what I can tell Steve’s is a bit more primarily forearm

Aha! So a combo of the new thing I’m doing (RDT) and the forearm rotational thing I was wanting to shoe horn…well, cuz that’s what I thought he was doing. Still don’t get how blind I am about these motions. Seems like this could all work out pretty nicely though.

That looks good. You can certainly work on that if you like. But try not to over-focus on “one note per string”. It’s not about picking arpeggios. It’s just about playing lines that involve different escapes. A scale also fits that definition. So does the pentatonic scale if you start on a downstroke, and also an upstroke.

In other words, just play what you want to play. Don’t worry about it being an arpeggio and really don’t think about what string changes are involved at all. Just make sure you have a variety of ideas.