How many players are stringhoppers? How many are naturals? What's in between?

If you lined up a 100 players chosen at random from the entire world of guitarists who play lead, how many of them do you think you would find where they could not play a single note on a string fast with picking? 5%? 10%? More? Less?

Based on the response to the original Cracking the Code episodes, my impression was that most of the guitar playing world was like me: could play fast on a single string on one note, but anything more complicated than that felt sloppy. Didn’t know what motion they were making, so anything more complicated they were likely to hit strings and play wrong notes. So they end up mostly giving up on fast picking and just doing some pick / legato thing, maybe with some tremolo and tapping. Again, if you had asked me in 2014, I would have said that describes like 80% or more of the players in the world.

It’s only since we’ve been doing this that we learned that there is some significant number of players who can’t do the single string thing because they habituated a motion that is actually inefficient, even when playing one note. So they have trouble even going above something like 120bpm sixteenth notes. That was news to me. And of course it’s probably the case that here on the forum we see a skewed percentage of this issue because people need help. No doubt, we want to provide it.

On the flipside, probably only a small number of players who play guitar, I’d guess maybe less than 10%, find a core motion and actually learn to build an entire vocabulary with it like an EJ or a McLaughlin. So let’s call that the “natural” percentage. The 80% had the motion, but couldn’t tell by feel what kind of motion it was. So they never got into the 10%

So back of the envelope what are the percentages here? 10% stringhopping, 10% natural, 80% efficient motion with incomplete skills? What other tiers are am I missing? How could we test this on a representative sample of players to actually find out?

I kind of wish the answer, if we ever find it, contains Pi or Sqrt(2)

I looked at quite a few Technique Critique videos over the last 3+ months, and by far the most common thing I saw is someone having at least one fast picking motion that could potentially work well.

There were also a few cases where the person could do one motion great (say DSX), but sort of overlooked it because they really wanted the other one (say USX).

I don’t think I recall examples of people doing exclusively stringhopping, particularly when playing a single string, but my memory may be foggy already.

TLDR, if I had to extrapolate from my poorly collected data I’d guess even less than 10% are exclusively stringhopping!

That’s weird because I feel like I’ve reviewed tons of stringhopping examples. But that may be over a much longer time period. I can think of specific examples as well. But it’s worth noting that even some of these players had access to a faster motion they just didn’t typically use it. Or in one very interesting case, could only do the efficient motion lefty but not righty their usual way.

More generally I’d like to know what the actual distribution of picking problems looks like. For everyone out there who thinks “just practice” is the answer to everything, I’d like some hard data to back up the much more nuanced state of the world. If we can incorporate consultations into the platform then we can start to record some more formal data.

If all the existing technique critique videos could be coded…could be worth a write up. Just takes…time. yea. That. I know.

What does ‘stringhopping on a single string’ means? I thought ‘stringhopping’ term is appliable to switching strings only. I mean, even if one’s pick stays trapped in both directions it still could be good techinque for playing fast tremolo (that’s exactly how I do it).

Here’s a quick and dirty definition a little bit down the page. We’ll have a one-pager on stringhopping specifically later on in this section, we just haven’t written it yet. 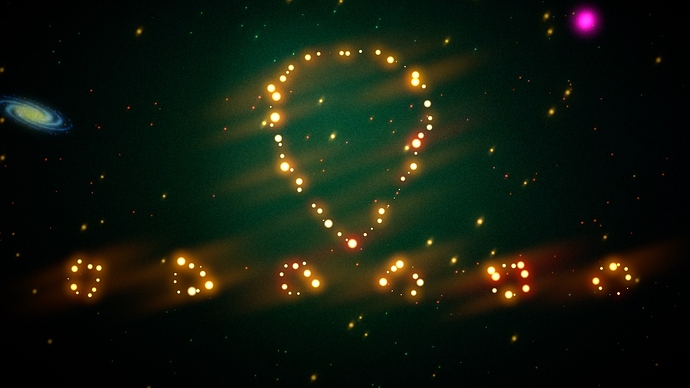 Alternate Picking is the general term for any picking motion that moves back and forth while playing a note with each change in direction. When it comes to playing a sequence of notes on an individual string, alternate picking is the most...

That was news to me

Some variation of ‘curse of knowledge’ I guess )

May be making a poll would be a good idea?
I’m in the third category btw. I had a core motion (elbow) but I abandoned it trying to get USX. Reasons? I don’t know. I just like the very idea ) And I like the word ‘downward’

Here’s a quick and dirty definition a little bit down the page.

Aha, I see. So it’s more about efficiency than pure mechanical characteristics? Because once you make a trajectory more smooth you get DBX.

Btw, with all that material you already have you can make a wiki. ‘Picky-wiki’ ))
I actually made some kind of CtC wiki for myself on my computer some time ago. Though it required me to separate some terms, combine other terms, and to provide some new terms. Quirks of being an amateur mathematician I guess )

It’s not just the smoothness, it’s the fact that the upstroke and the downstroke need to use separate muscle groups. When they don’t, it’s stringhopping. When they truly alternate, then it’s true alternate picking. On top of this, yes, the motion needs to be flat to be efficient. So those are the two requirements, alternating muscles and shallow curvature.

Oh. I missed the ‘different muscles’ point. It makes sense. Thank you for explanation!

It’s only since we’ve been doing this that we learned that there is some significant number of players who can’t do the single string thing because they habituated a motion that is actually inefficient, even when playing one note. So they have trouble even going above something like 120bpm sixteenth notes.

Me. This is why I joined today.

To make me feel better, I hope the answer is: more than 10% develop an inefficient motion precluding them from speed. I prefer: “yeah I went through that” vs “darn son, your picking is weird”.

Don’t worry about the percentages. We’re sort of splitting hairs here between people who do stringhopping plus other motions that they may not realize are good, and people who only know stringhopping. Either way, that still adds up to stringhopping being a pretty common occurrence. At least that’s what it feels like to me and I’ve reviewed a lot of user footage at this point.

More generally, thanks for signing up! You’ve come to the right place. Link to a Technique Critique clip when you get a moment and we’ll take a look. Odds are good you don’t have any natural speed limitation, you’re just not doing a motion yet that actually can go fast. You can potentially find one pretty quickly once you start searching for one.

To make it a bit more interesting, when I stumbled upon this CTC-thing some years ago I found myself being string-hopping on the lower (tonewise) strings and DSXing at the higher strings. I now know that this was due to stringtracking by rotating my forearm changing from supinated to pronated. Because I still “wanted” (unconsciously) to escape on downstrokes, I incorporated a extension movement, producing a double escape, but a bad one a.k.a. string hopping.
so: in which category did i fall?

definitely be helpful to have an easy to find reference of what stringhopping is and, even better, looks like!

I now know that this was due to stringtracking by rotating my forearm changing from supinated to pronated. Because I still “wanted” (unconsciously) to escape on downstrokes, I incorporated a extension movement, producing a double escape, but a bad one a.k.a. string hopping.
so: in which category did i fall?

I notice this. USX feels VERY unnatural to me and I default to DSX even if I’m not “in position” and I think I’m string hopping more than I think.

I’ve already had a smooth pronated DSX I could do from both wrist and elbow before CtC but just couldn’t live with its limitations so I started relearning right hand from scratch and ended up stringhopping. No idea in which category it places me.

I wonder if a poll would have some preliminary value here in scanning the environment. It’s pretty low cost survey. The poll could be something like: “did you have a usable tremolo picking technique” before joining cTc, or beginning work on a fast picking technique…

or simply - “do you feel that you ever employed stringing hopping to the detriment of picking speed”?

We have that right here:

Alternate Picking is the general term for any picking motion that moves back and forth while playing a note with each change in direction. When it comes to playing a sequence of notes on an individual string, alternate picking is the most...

This is me sort of faking it but based on recent posts in Technique Critique it looks pretty close. If users let us use some of their footage we can include that as well.

and of course this! 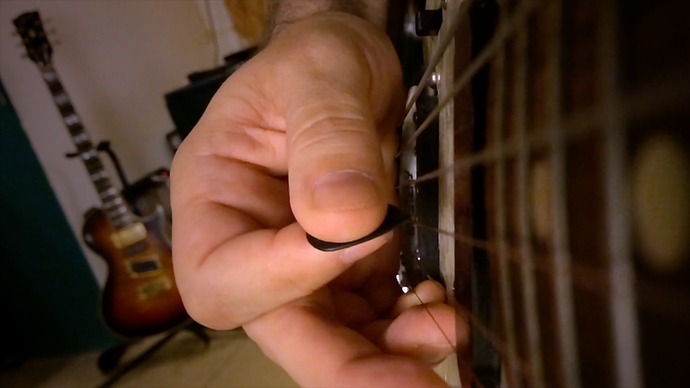 RIght but that video is long and also not particularly easy to find on the site. We’re trying to make things much easier to locate and shorter. That’s why we went with written web pages for this section. You can still have the video examples, but the text is easier to scan when it’s not a tutorial where you really need video.