I have a question! Escape motion VS pickslanting

Ok, I recently got to know Cracking the Code, and I’m learning a lot. I have a question, so I’m going to post it on the forum. What is the difference between Escape Motion (USX, DSX, DBX) and Pick Slanting (UWPS, DWPS, Zero-degree PS)? I understand that Escape Motion is a high-level concept that includes PS, and PS is a way of Escape Motion.

This GIF form Picking Motion Sector, I think it looks like DWPS

The same thing is in the DSX and UWPS

Am I missing something? I look forward to hearing from you!

From what I understand, dwps / uwps has now been replaced with usx / dsx.

Oh, I didn’t know that. So, could you how the concepts are changed? I still can see Pick Slanting sector. I’m so confused…

Troy’s understanding and insight grew to find out that sometimes people make an upstroke escape motion without downward pickslanting (and a downstroke escape motion without an upward pickslant). And that it’s the motion the hand/wrist/arm is making that determines the escape. So although dwps and usx (and vice versa) often correlate, it isn’t necessarily always the case.

So, in that gif image, the pick is UWPS. Am i right?

In the gif you posted the pick is “DWPS”, and the motion is “upstroke escape=USX”, since the strings are intended from left to right as:

Thanks! USX can be able without DWPS? I need some examples…

Thanks! I also feel like I’m playing that sort of thing rather than Pick Slanting. I think i should pay for the membership and find out more.

I’d highly recommend going through the picking primer. I’ve gone through it all a few times and learnt so much about my own playing and the reasons I wasn’t getting anywhere.

That and the help from members/mods here has helped so much. 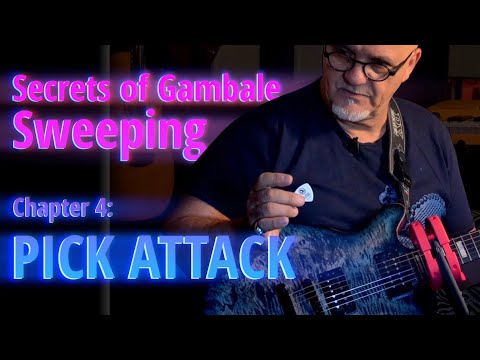 Good Video! Does that mean that Pick Slanting and Escape Motion are different, and I can use Pickslanting to do Escape Motion?

And, is it possible to do Escape without Pick Slanting?

Good Video! Does that mean that Pick Slanting and Escape Motion are different, and I can use Pickslanting to do Escape Motion?

And, is it possible to do Escape without Pick Slanting?

Some setups have a pickslant by default. Most usx players interviewed have some degree of downward slant. Many dsx players don’t have much of a slant, if any at all.

My $.02 on this is to just not worry about the slant. Focus on the path the pick is making and that it’s either escaping on upstrokes or downstrokes. Once you figure out which you are better at, capitalize on it. Can you play faster and more controlled when your downstrokes escape? Great news! You can play tons of cool phrases. Or maybe you can play faster when your upstrokes escape. Great news! You can also play tons of cool phrases. Don’t worry if some other player you like happens to have a different trajectory. Chances are, one of their favorite players has a different trajectory too

In either case, they probably arrived there by (quickly) finding what worked for them and just rolling with it. Not worrying about some ‘weakness’ they needed to address to be a more well rounded player.

It is unfortunate the the slant wasn’t the silver bullet after all. “Picking Trajectory Primer” doesn’t have the same nice ring to it that “Pickslanting Primer” has. As others have said, the slant, when present, is more of a side effect of a particular setup and trajectory. It’s not what causes the trajectory.

Simple answer is that it’s not important, it’s more of an observable side effect to all the other aspects, than it is causation of them.

It’s a situation where, as he looked at more and more players, Troy’s understanding changed a bit, and he decided “pickslanting” wasn’t a good way of describing what was going on.

The operative part of “pickslanting,” even early on, wasn’t actually the “slant” of the pick - it was the fact that the picking motion was at a slant to the horizontal plane of the strings, so a “downward pickslant” would bury the pick on downstrokes, but lift it up above the strings on upstrokes.

Calling this a “downward pickslant” had two problems:

So, dropping reference to the “slant” of the pick and instead talking about the “escape” of the pickstroke makes a lot more sense.

All of the original “pickslanting” material is still extremely useful, you just have to watch it with the mental filter in place that it’s not actually the slant of the pick that matters, it’s the direction of the pickstroke.

These are all great answers!

Pickslanting = the slanted appearance (or not) of the pick. Its purpose it to control the pick attack so it is smooth and the pick doesn’t get caught on the string. Any slant, from positive to negative and even zero, can be the “correct” one, but it depends on the type of picking motion you use: 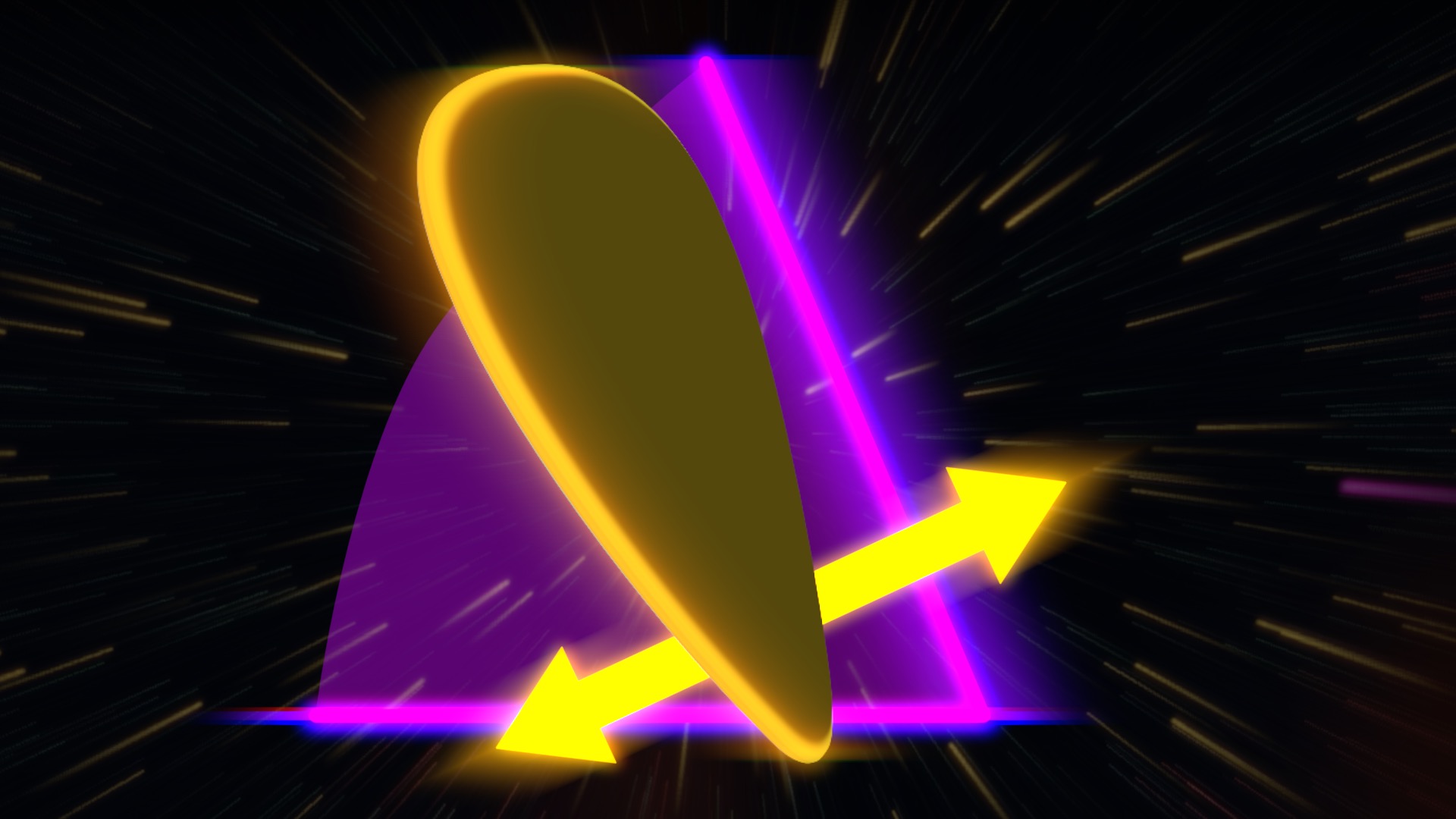 Pickslanting is the practice of orienting the pick perpendicular to its direction of motion, so that downstrokes and upstrokes remain equally smooth. By now we’re starting to become comfortable with the amazing fact that picking motions don’t only...

Escape motion = a type of picking motion where the pick moves away from the guitar at one or both ends of the picking motion. Its purpose is to allow you to change strings: 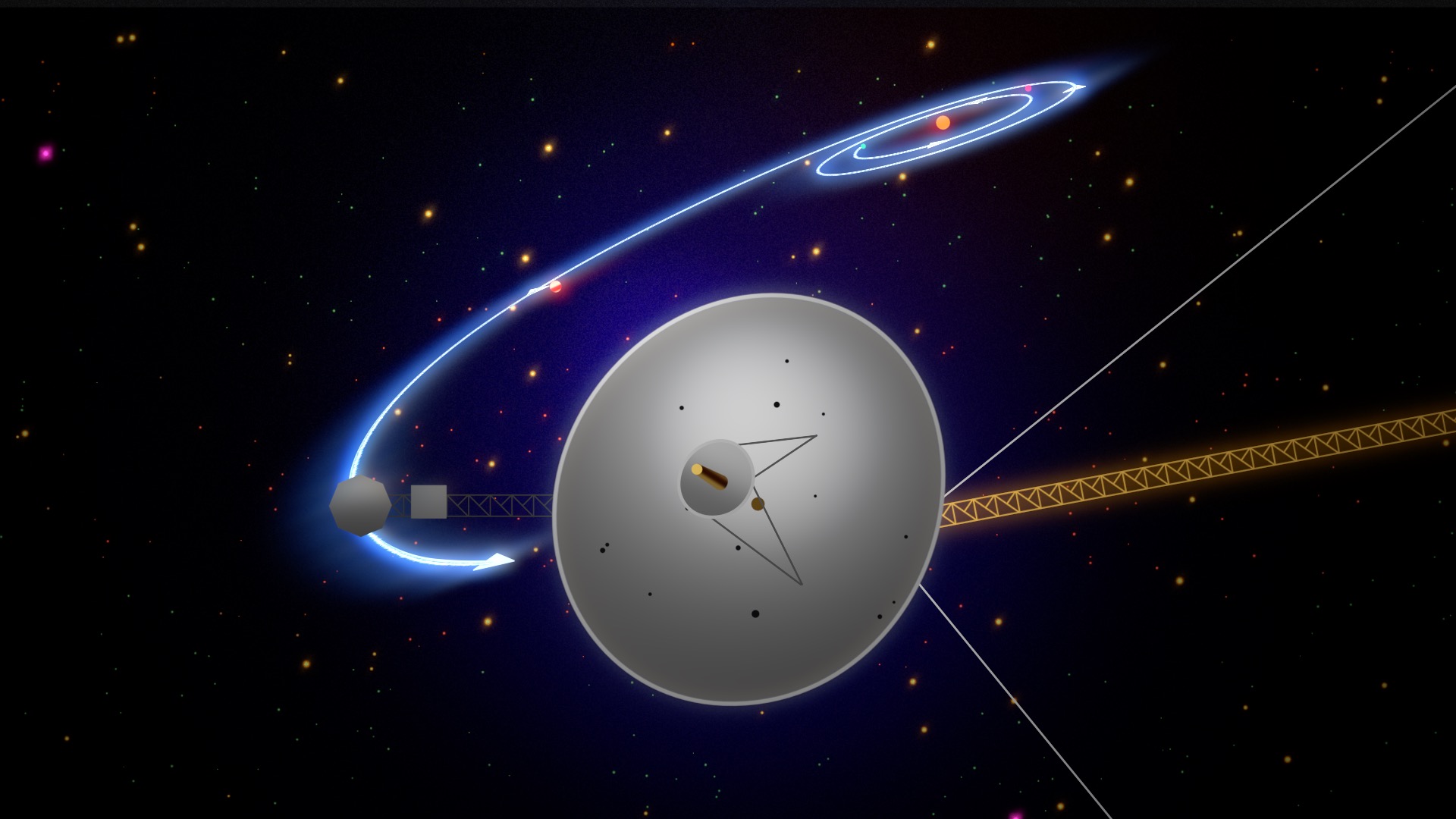 Escape motion is a type of picking motion that moves away from the body of the guitar along a diagonal or semicircular motion path. This allows the pick to break free from in between the strings and escape, avoiding the surrounding strings, and...

The pickslant must match the escape motion, they go together. Specifically, the technical “rule” is that for the smoothest attack, the pickslant wants to be perpendicular to the pick’s path of motion. This is a very technical explanation, but it’s the most accurate one.

The good news is that when you choose a type of joint motion for picking, you get pickslant and escape motion automatically. So if you can already pick rapidly and smoothly on a single string, then you are already “doing” some combination of these things. The power is learning which combination you are using, so you know which types of phrases to play to make string changes feel fast and smooth.

The first step in the Primer is playing a tremolo. The second step is identifying which type of joint motion you are using, and using that information to determine which escape you are making. Then you can work on hand synchronization, multi-string phrases, and so on.

Wow thanks a lot! I will sign in membership and should see and identify my motion. THANKS!