Is swiping a form of string-hopping?

I’ve always been suspicious of swiping, although I use it. Now I have convinced myself that it is a form of string-hopping. I’m not sure how string-hopping is formally defined, but I view it as jumping out of a trapped position to hit a non-adjacent string.

String-hopping is defined as using the same muscles for the upstroke and the downstroke. It is inefficient because it only provides one pickstroke for each cycle of joint motion, e.g.: flex-pick-extend, flex-pick extend

This, in my opinion, is the fundamental breakthrough insight of CTC. There are lots of other useful insights here, but I think they mostly rely on knowing what string hopping is and why it slows you down.

It is theoretically possible to string hop and swipe at the same time, but it is probably pretty uncommon because they are two different solutions to the same problem. Whichever one you use, you don’t need the other. The great majority of guitar players don’t analyze their picking motions in detail, so it’s possible for a person to stumble into a picking technique the swipes and string hops simultaneously, but I imagine the results would be pretty unsatisfactory. Not just slow and inefficient, but sloppy sounding. Swipes are probably more audible if you’re playing at stringhopping speeds.

I’d agree that string-hopping is a jumpy movement that “hops” over the strings inefficiently but when I use swiping I don’t notice any jumping motion: 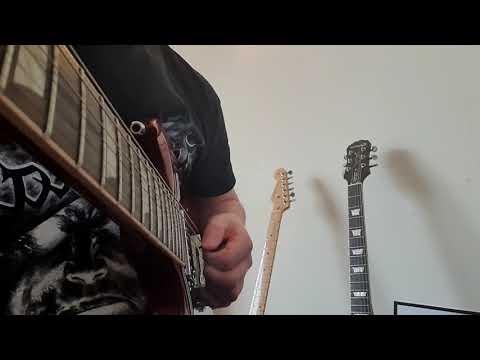 Before I knew how to swipe correctly I would try to switch from my USX motion to a DSX motion and try and fail to rotate quickly back to USX; resulting in an inefficient motion. Now I understand that for a lick like this I just need to maintain USX and be aware of the upcoming swipe

I think of it like kinda like economy picking but focus on sounding the note after the swipe instead of playing through the strings.

I think of it like kinda like economy picking but focus on sounding the note after the swipe instead of playing through the strings.

Yeah I think that you nailed it, a “swipe” is really a sweep of two strings where the first is muted. So the pick is not trying to “undo” being trapped, it stays trapped the entire time.