First, thanks for reading. Hope everyone is healthy and safe.

I’ve been playing guitar for about 20 years. I was never a great picker. About a year and a half ago, I found Troy Grady and dug in. I tried downward pick slanting (as it was called then) and couldn’t figure it out. I realized I was a natural upward pickslanter and focused on that. At this point, I feel I can execute the movement competently and can do the things I want with it.

I still cannot seem to do an upstroke escape. I feel like I understand intellectually what I’m trying to do, and I feel like I’ve tried every conceivable wrist and elbow motion. I’ve also tried not trying, and that hasn’t worked either.

Here’s a video demonstrating my standard downstroke escape technique at low volume on an acoustic:

This video shows my attempt at upstroke escape.

I would love any advice, anything at all, I really am at the end of my rope here. I’m not even really sure what to try at this point.

Hey @AndrewB thanks for posting and welcome back!

Your downstroke escape (DSX) seems solid (judging by sound and the fact that it looks pretty effortless and repeatable), while for the upstroke escape (USX) it’s a bit difficult to see what may be going on from this camera angle.

Could you film this with a “down the strings” perspective? Filming suggestions attached below

also, have you tried to incorporate rest strokes in your USX picking to try and force a more linear pickign path? The idea is that after the downstroke your can let your pick stop on the next higher string (without playing it) before going back up for the upstroke. 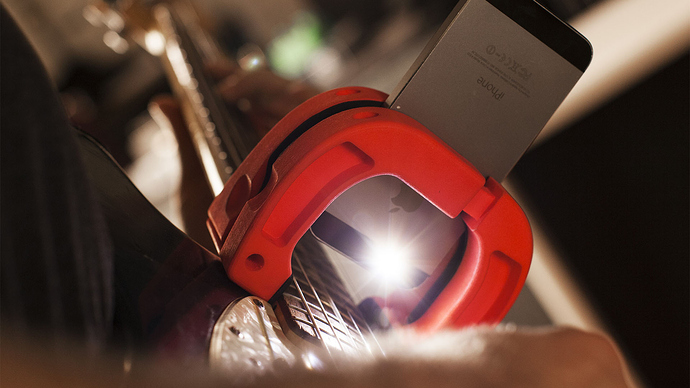 Do you have access to the pickslanting primer by the way? The “forearm” section could provide more options of USX motions for you to try.

Thanks so much for responding! I really appreciate you taking the time. I have gone through the pickslanting primer before, I will do so again, thank you.

Very sorry for poor filming, I don’t have a tripod. I tried it again, if you are viewing on phone or computer I find it’s much easier to see my hands in fullscreen:

Hey Andrew, thanks for giving it another shot!

Again the DSX is solid, and for the USX I am not sure what exactly is going on - to be honest I am unsure that the upstroke is actually escaping! I see your elbow moving a bit and it often sounds like some additional strings are being played - does it feel like the elbow is the main driver of your picking motion? Nothing wrong with it but the elbow only does DSX! So no matter how you orient the arm, if the movement is elbow it can’t be USX

The main ways we know to achieve USX are wrist, forearm and a mix of the two. Maybe just being aware of this can help you find a USX motion by feel. The key is, as we often suggest, to start fast and sloppy 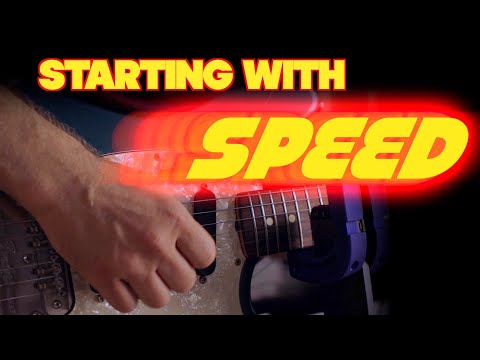 If it’s ok I’d ask you to experiment a bit and then film again following these guidelines. These can help us to analyse your playing better (and hence give more targeted feedback!)

In any case, I wouldn’t dismiss your already great DSX motion. Make sure you start making music with it immediately!

PS: hope the bullet-point list does not make me sound like a jerk - just did that for brevity

You don’t at all sound like a jerk! Thank you so much for your patience and help, I’m sorry that I’ve been a bit thick. I hope these videos are clearer, though sadly I do not have a brighter pick.

Here is a video of attempting upstroke escape on one string:

I spend the first 10 second positioning my wrist and arm. When I do the tremolo, this appears to be only a wrist movement, and it feels relatively easy. When I play with downstroke escape, my pick is essentially parallel with the string; here I am using an angle to achieve the downward pick slant/upstroke escape, which seems to negatively impacts the tone, but otherwise the movement feels fine.

Here I am attempting a 4 note per string back and forth pattern. The tone gets worse, and it feels very difficult to get a proper attack on the first string shift. Sometimes there is a slight rotation of my forearm, which seems to help the attack, but it is inconsistent.

I do think sometimes my elbow gets involves when I attempt upward pick escape. It feels like I have to hold my wrist down, as I have an ingrained tendency to slant up, and I think that is causing me to tense and try and use my elbow.

One thing stood out to me

When I play with downstroke escape, my pick is essentially parallel with the string; here I am using an angle to achieve the downward pick slant/upstroke escape, which seems to negatively impacts the tone, but otherwise the movement feels fine.

You’re talking about the pick angle, and I just want to make sure that you realise that pick angle and trajectory are two different things! The reason I ask is that to me it looks like you have a perfect setup for DSX, not USX. The motion, the hand position, the arm. And as long as the motion and setup is DSX, it doesn’t matter what angle the pick has! (I apologise if I’m stating the obvious.)

and I feel like I’ve tried every conceivable wrist and elbow motion. I’ve also tried not trying, and that hasn’t worked either.

But have you tried forearm motion? Also, I’d like to reiterate what @tommo said earlier, elbow essentialy only does DSX.

Since your regular DSX motion and your attempt at USX are so similar, I think you need to try something vastly different. Your hand seems to want to revert back to DSX at any opportunity. Looking at your video “Tremolo upstroke escape”, you turn your hand to get a more supinated setup – but as soon as you start playing, it’s back where it usually is and you’re in DSX territory again!

I suggest trying the “broken wrist” USX “Gypsy” technique, with solid rest strokes on every downstoke, to get a feel for what USX feels like.

Also, when filming, try to think about where the light is coming from! Right now you have a well-lit background and almost no ligth on you hand and guitar, which makes for difficult viewing!

Awesome, thank you, this is very useful and clear, I think you are completely right, I’m really locked into DSX and need to try something totally different, that’s a brilliant idea.

Any suggestion for the best video examples of “broken wrist” USX “Gypsy” technique to emulate?

FYI your latest videos appear to be set to “private” and not “unlisted” so unless it’s just my end, no one can see them yet. You’ll need to update them in the YouTube studio video listing page.

I think the obvious choice is the Joscho Stephan interview: 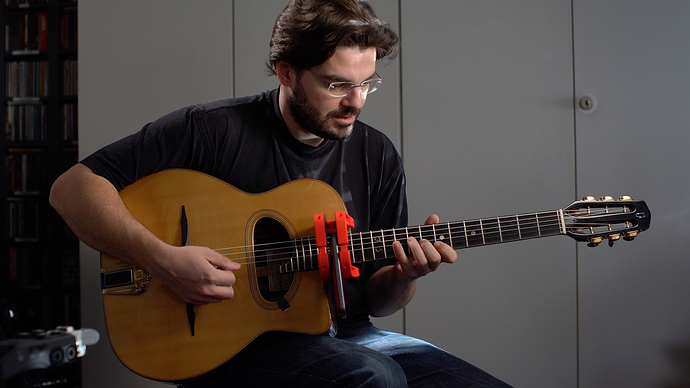 Joscho takes Gypsy founding father Django Reinhardt’s famous adaptation of downward pickslanting mechanics and enhances it with his own turbocharged take on high-speed playing. In the interview, we discuss the classic Gypsy flexed-wrist approach to...