Justin summarizes some things he learned about neuroplasticity from the Huberman Lab podcast: 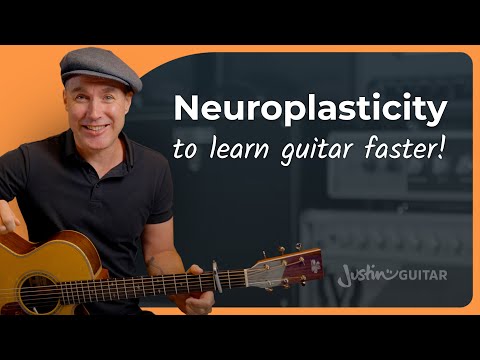 TLDR: Your body’s production of the chemicals that aid neuroplasticity drop off drastically around age 25, but there are things you can do to boost them temporarily, even if you are an older learner. Simplest takeaway claimed: spending some time before guitar practice attempting to perform a balance-based physical activity that you cannot yet perform well can help trigger the production of pro-neuroplasticity brain chemicals.

I haven’t listened to the podcast episodes below yet, but they’re the main source Justin was working from.

The podcast host is a legit neuroscience academic who has been published in respected journals such as Cell and Nature.
https://med.stanford.edu/profiles/andrew-huberman 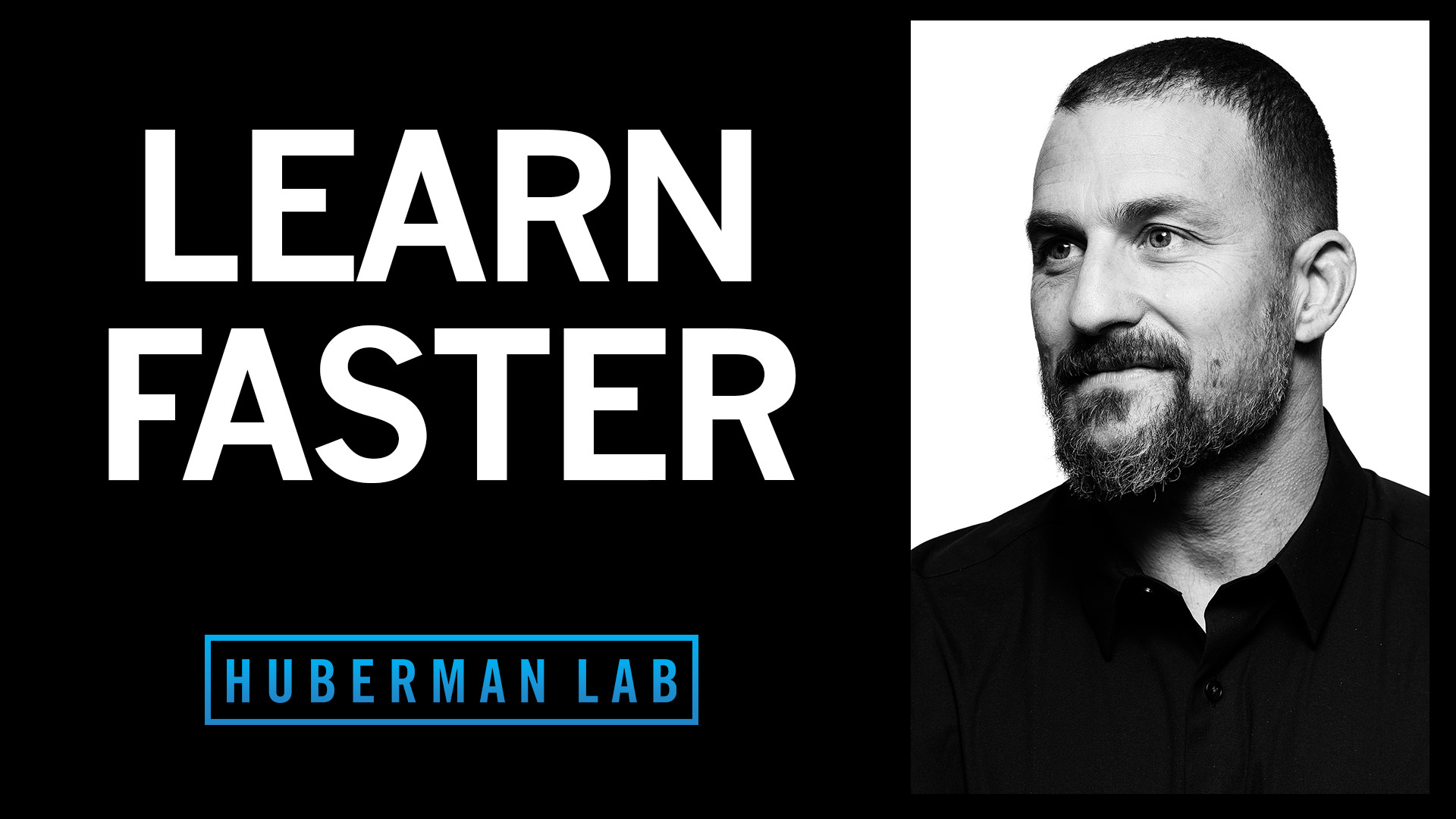 In this episode, Dr. Huberman discusses how we can use specific types of behavior to change our brain. 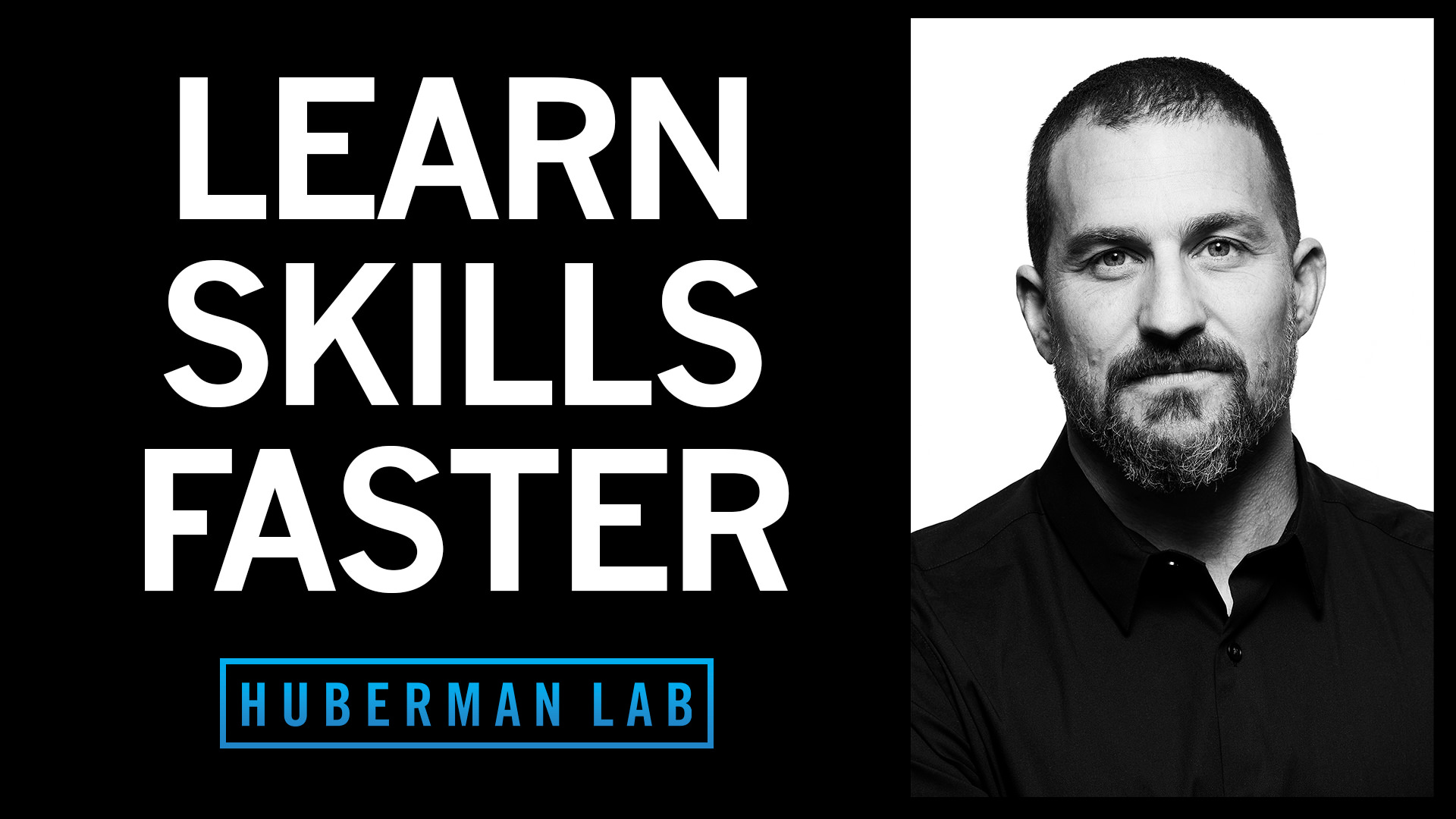 How to Learn Skills Faster

Dr. Huberman discusses the science and practice of learning physical skills at a biological level and what to focus on during each stage.

If you ever get a chance to play a VR game for an hour or so, then take the headset off and play guitar, You’ll feel the extra control from you brain being stimulated to adapt.

It’s the same thing that happens if you play live in multiple different environments vs just your room in the same spot.

Same as lifting weights, it’s stimulation. And mixing up forces and sensory input.

Cardio does a similar thing for memory. Or even simulated cardio like running around in a videogame while listening to information. It gets memorized just as if you were running off somewhere and need to remember how you got there.

That’s very interesting. I did learn to let myself fail and also to take a day off and I come back and stuff has stuck better when I learn to do something correctly. I’ve really been learning to relax since I’ve been getting kind of frustrated with my former inability to do so and I can do it now. I’ll try the balance thing too, since physical therapy is something I’ve been going to lately anyway.

Thanks for this Frylock.

I learned about the balance trick from Adam Neeley, but I always thought it had something to do with encouraging communication across hemispheres.

This seems to explain something I’ve noticed. When I work a new piece or technique, I’ll to jump back into something difficult I’m stuck on, something unrelated to the new thing, and almost out of nowhere I’ll make a major improvement or refinement.

There is a quirk in memory that might be linked to this, many times if I’m thinking of something and trying to remember something you’ll draw a blank. But if you disengage in that effort sometimes what you were after will just come up out of nowhere.

It’s related to association and how the brain makes connections. If you go down one fork in the path you’re limited to what it’s associated to or connected to. If you pull out or step back your brain can then go down the right path.

Often if I just stop trying to remember and do something else, many times that acually works. It’s like a reseting or going back to the starting line for another go.

Adding new sensations to repetitive skill practice is a legit way to increase your abilities, tho tbh I’m often to lazy and like sitting in the same position doing the same stuff over n over.

I think another think to keep in mind is it may not be lack of chemistry to adapt. Chemistry is a by product of activity. There are many studys showing depression is not chemical but environmental. I think what happens is around your mid 20’s you’ve seen most of life, adapted to it to reach equilibrium. And that is what stops the adaptation. If you spend an hour in a vr game as a new user you’ll feel how adaptive you still are, but we don’t have much to adapt to as adults.

People will immerse themselves in a new language by acually going to a country that only speaks that language. And in guitar we’ll warm up, putting physical activity to stimulate our body to preform better, and increasing the chemicals related to physical movement. It’s all about the environment and risk.vs reward. And why almost everyone whos “made it” had the environment to support them.
If you want to improve you have to change your environment. Be that a gym, school, friends family etc… Or even just balancing on one leg. Same thing.

Thats very interesting. Thanks for sharing!!!