I made the switch to forearm rotation a little less than a year ago. I thought it was going decent at first, but after posting here I found that at some point I had drifted from forearm rotation and was using a wrist/elbow combo.

In the air, I can do the rotation movement at pretty high speeds, very relaxed, and for a decent amount of time. So what I’ve been working on, is holding the pick, doing the motion in the air, and bringing it to the strings, while tremolo picking the whole time. When I touch the strings, I get a few seconds of success before the tension kicks in and other muscle groups engage. My longest bout is probably about 5 seconds.

The reason I do this, is because I haven’t had any luck getting the motion going when I start picking the strings right away. The motion feels clunky, slow, and requires much more effort when I do it this way. It feels like it’s coming from a muscle group closer to the elbow, when the relaxed motion comes from a group closer to the wrist.

My question, is should I continue the path I’m on, and try work on lengthening these intervals where it’s working, until I can do it without issue? Or would a better path be to start on the strings, and work on altering the motion until it’s the same as my “air picking” motion?

Any insight is much appreciated!

I’m not clear on what you’re trying to do here. Are you trying to learn forearm motion, or wrist-elbow? What were you using before you tried to “make the switch”?

My current best advice is to use whatever motion is working well, right now, on the guitar, at normal playing speeds and durations. You can always learn more motions over time. But think of that as a side job that you do for fun, not money. If you’re not playing a real guitar right now, then you’re not learning much of anything about technique or even building up your fretboard knowledge. So in no way would I postpone playing actual music in favor of trying to learn to do one particular hand motion that’s not yet working.

As far as forearm vs wrist or elbow, if wrist/elbow is working, why not use that? Forearm motion, especially the EVH kind where it’s purely rotational, is USX-only. Not only that, but even if you learn this motion, I think there’s probably still some wrist involved in switching strings and for doing downstroke sweeping. So just doing the purely rotational thing in the air and only on a single note isn’t probably going to be an accurate representation of what you’re going to have to do in the long run anyway. Again, no problem doing that for fun whenever you have some time. Side job, not day job.

As for table tapping, I’m not sure where that figures into this. Do you just mean that air picking is like table tapping in that it is doing a motion but not on a guitar? If so, I understand. Again, I think it’s a moot point. If you can’t do the motion on a guitar, it’s not usable. Use the motion that is working and at least get good hand sync and learn to play some clean fast stuff.

Essentially I’m following the advice of the “Don’t Work Up to Speed, Start With It” video. After scrapping a pure elbow technique I was never happy with, I’m trying to start over with a new mechanic, and trying to pin down the feel of rotating before I make the adjustment to forearm + wrist. I just want to make sure I’m using the right muscle groups before I add more.

Basically I’m starting the motion in the air, and I slowly move it to the guitar until it touches the strings, and I continue until the brain scramble happens and other muscles kick in. I can get a few seconds of maybe ten notes in. The reason I was rolling with this method, was the piece of advice in the video about the difference between the beginner and the expert is the few seconds vs. minute+ duration. I figured I’m just at the beginner stage with this new mechanic

As for why I want to switch, the wrist/elbow combo wasn’t working for me. It wasn’t at all relaxed and never feel great, or repeatable

In the “Starting With Speed” video I don’t think we talked about doing air picking and bringing it to the guitar. At least not that I recall. I haven’t watched that one in a while, so I could be wrong. I think I just meant, do it on a guitar, fast, and use that motion.

In the most recent Primer updates, we have a few videos on using a tremolo to find a motion that works: 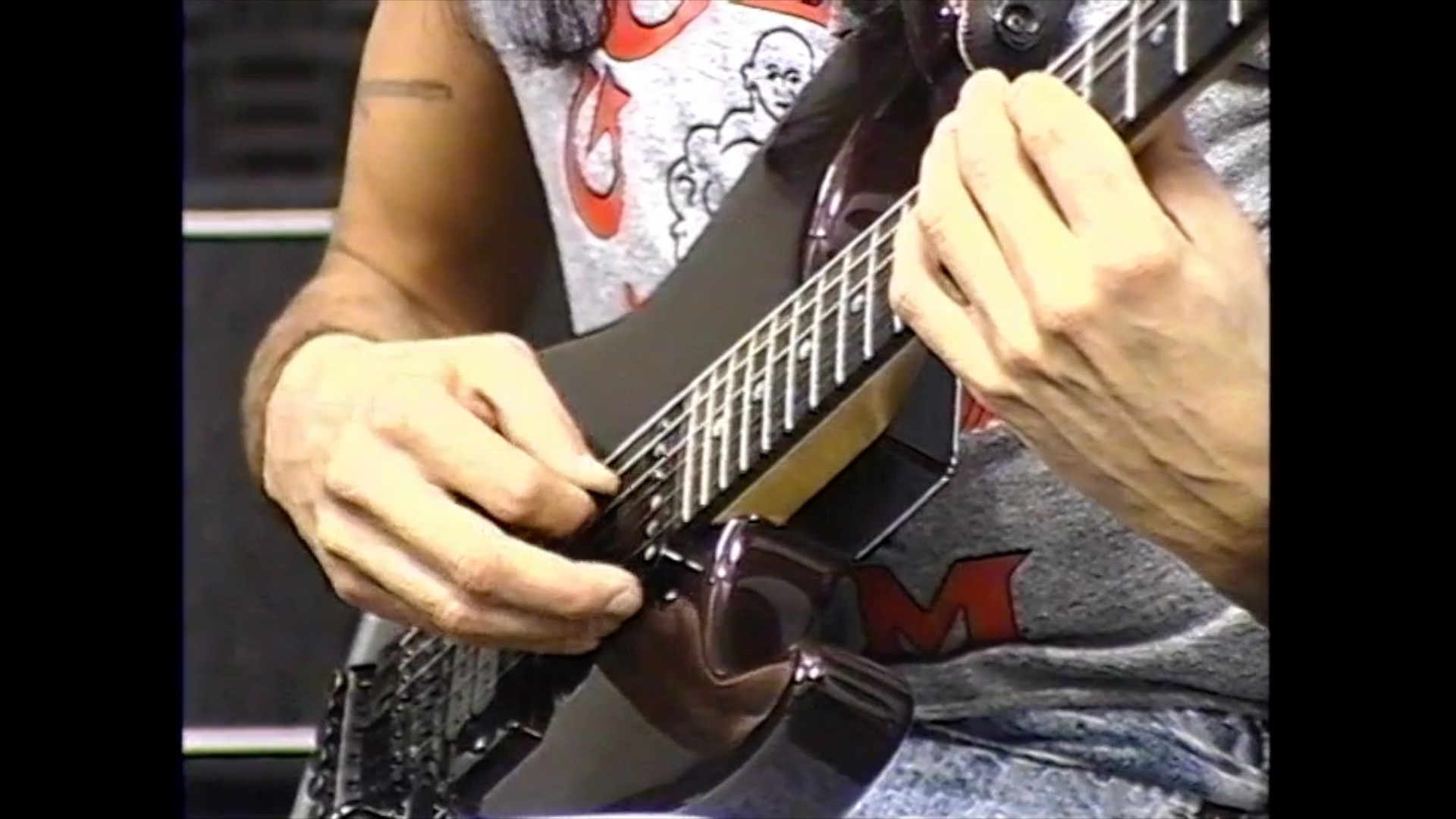 …along with a case study of a total beginner doing just that: 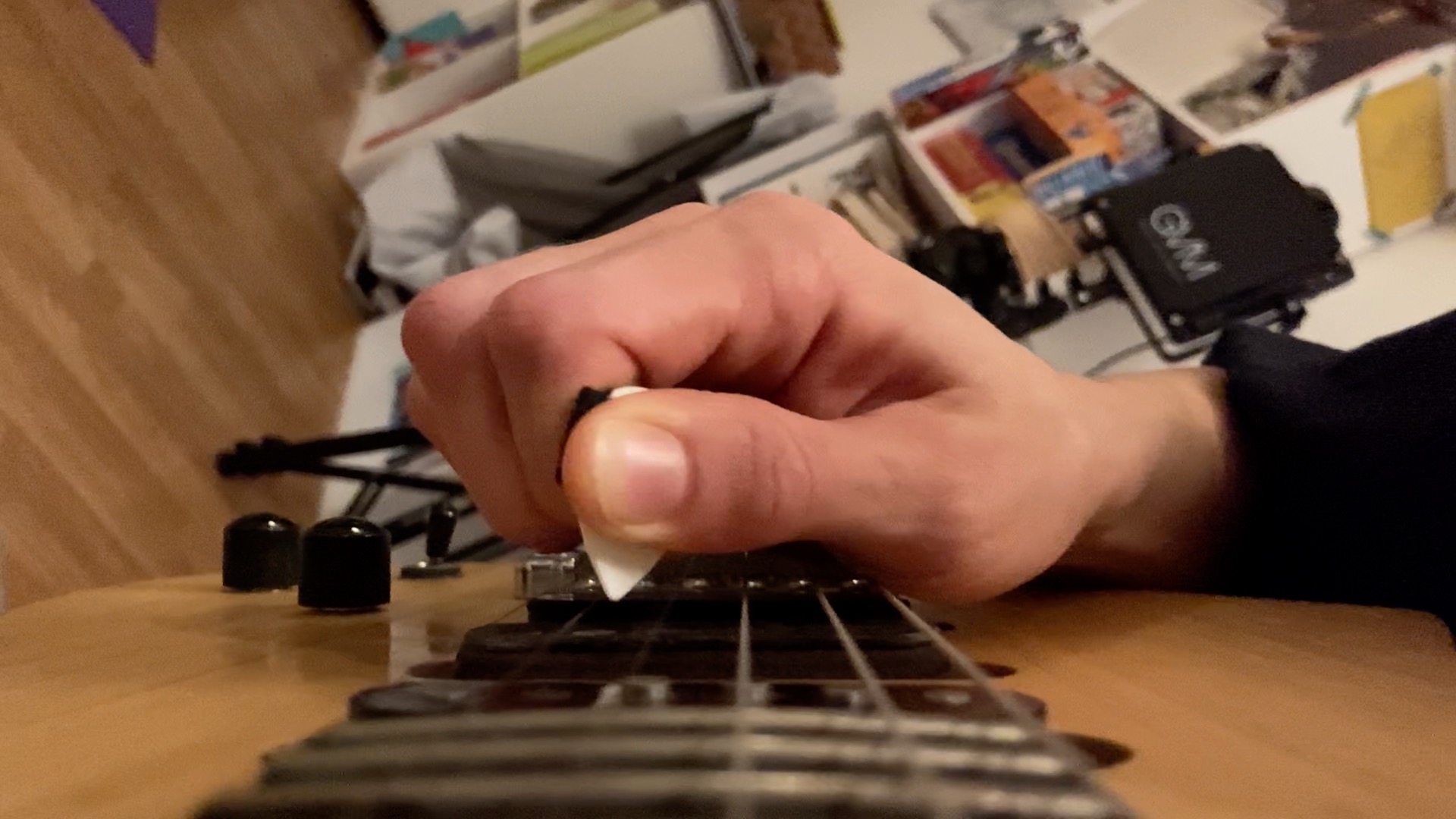 And the intent there was definitely to do it on the guitar, not in the air. That said, I’m not super opposed to doing other stuff that works, but it sounds like in your case the “air” trick isn’t working.

Again, I’d make that a side job / hobby, not the day job. If you have motions that work better, I’d use those first.

Have you taken the table tap tests? What kinds of speed results are you getting on the different motions? And do they feel smooth to you?

What is it about pure elbow that you aren’t happy with? It’s a reliable, fast DSX motion.