Malmsteen is selling tickets to online masterclass on October 10th. Anyone planning to participate?

As amazing as he is, his teaching skills are, well, umm… Let’s say he is no Troy Grady. Might pass on this one. What do you think?

hmmm, Not sure. I always like watching the man play and I definitely find him to be an excellent entertainer! I’ll probably check it out, just because Yng’s a lot of fun…

I always like watching the man play and I definitely find him to be an excellent entertainer!

Indeed I think it can be fun to watch! Of course I wouldn’t expect deep technical explanations of what he does - he always tended to brush away such matters.

In particular these two classic lessons from @Troy would be a good introductory watch for anyone interested in attending Yngwie’s class. Just keep in mind that our terminology has now evolved a bit, we would probably describe YJM’s technique as almost exclusively “upstroke escape” rather than “downward pickslanting” (the pickslanting is there, but what really counts is the path of the pick) 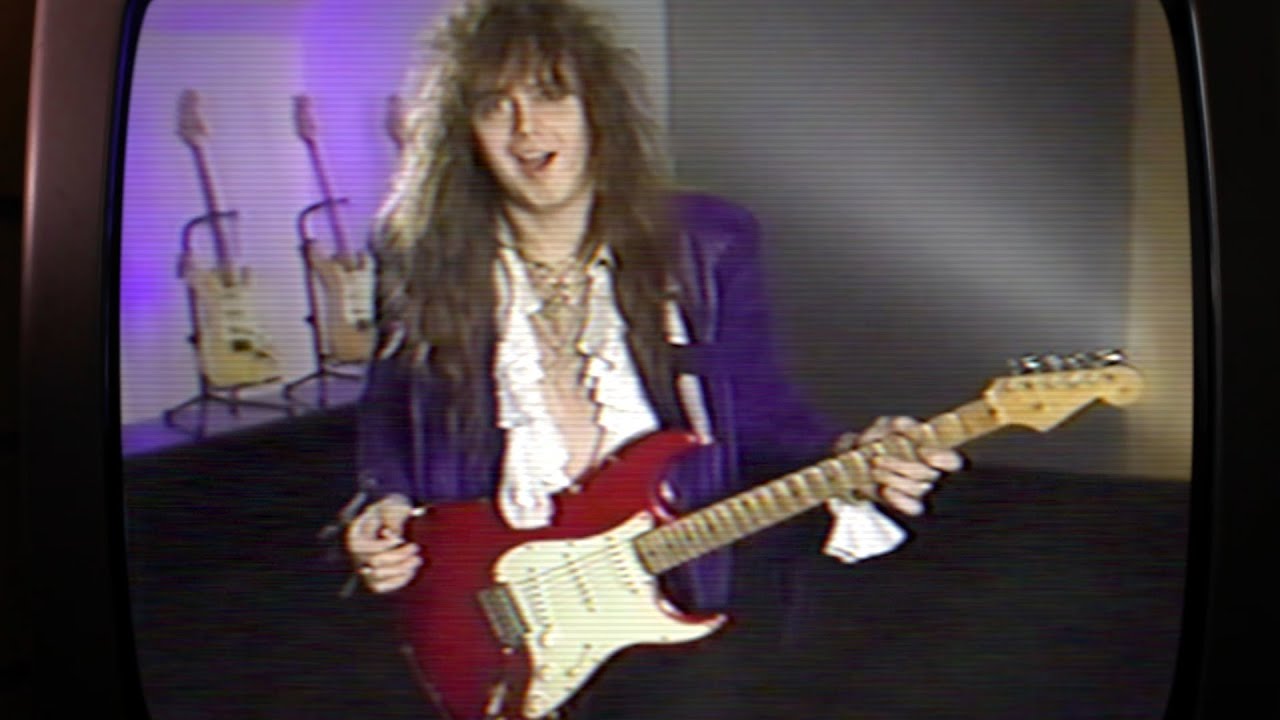 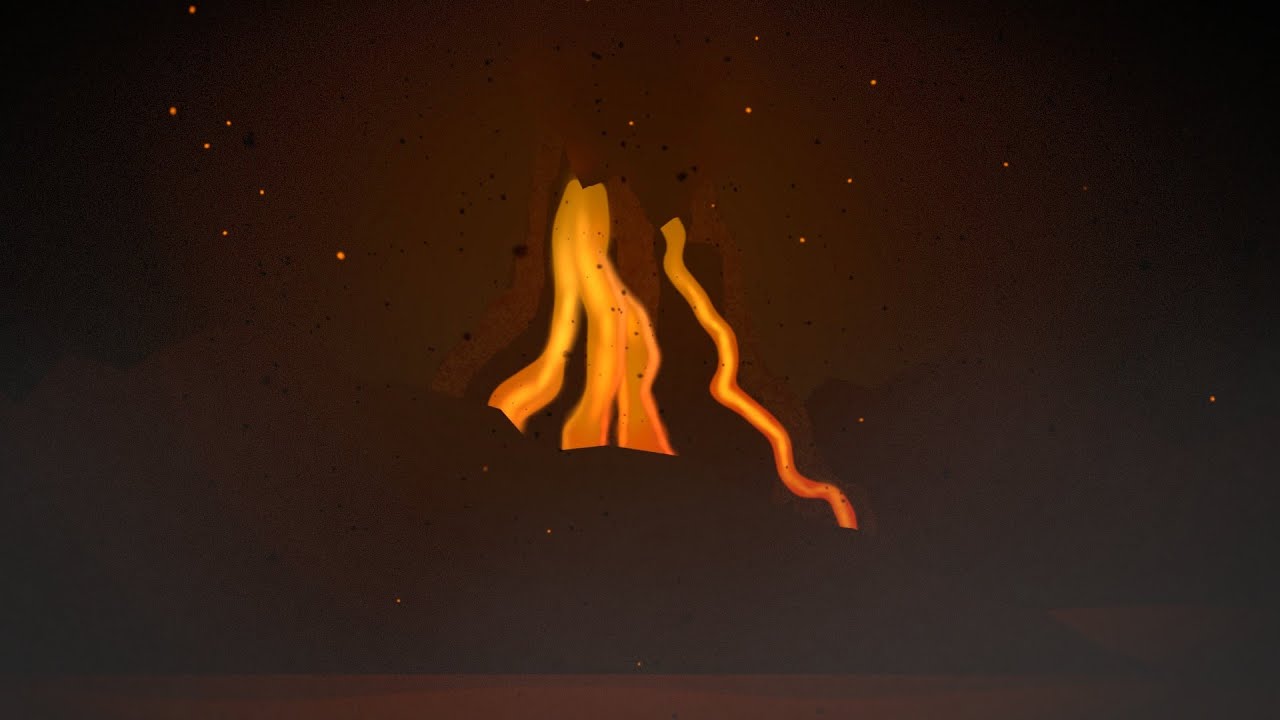 I am curious to know if it was intentional that he does pull offs on three note per string descending runs, or if he feels like he is picking everything. I doubt he would answer that or even know, but I’m curious to know the evolution of his picking technique.

We gotta love him the way he is

He brings back such fun memories for sure! As a teenager, my friends and I would often mock him by playing a lick as fast as we could, then in our best Yngwie-accent say “Now here it is slow…” and then we’d play it just as fast haha!

And +1 to @tommo for the “Get Down For the Upstroke” video. My CtC history began by watching Youtube…probably some classical guitar video since that’s all I was playing ~4 years ago. The right panel had a video of Steve Morse. I hadn’t seen much of him for a while so I clicked. It was of course the Troy video where he details the Morse mechanics. The next video I was suggested was Down For The Upstroke and that was the moment I realized I’d wasted a lifetime playing the wrong way hahahahaha! I’d watched the Yngwie instructional video more times than I care to count. It’s amazing how clear it is after Troy’s discovery.

It would be cool indeed to see what Yngwie’s playing is like these days and how he behaves in an instructional setting. That said, I’m not quite curious enough to attend the master class. A highlight report would be awesome if anyone else checks it out.

As big of a Malmsteen fan I am myself, I would stay away from any such ‘masterclass’ offering from Yngwie. If you haven’t been able to glean what info you need from his decades of interviews and video clips (particularly the ones done by Troy), then your money will be much better spent elsewhere for instruction.

If you just want entertainment, then by all means, go for it! That REH video was a classic, but until Troy decoded what was going on, it was just hero worship. I did learn some things of course, hand placement and efficient movement, a relaxed grip on the pick, etc. But I’m sure his classes will be very expensive. Many shredders seem to be jumping on the video lessons bandwagon now the the pandemic is really grinding their traditional revenue streams. Supporting them is great. But choose wisely.

I purchased a ticket last year-ish for a ‘masterclass’ that was at a local venue. Nobody really knew what to expect, and Yngwie’s camp wasn’t talking much. To the venues disappointment, this ‘intimate and interactive masterclass’ turned out to be less that one full hour of Malmsteen on stage…57 minutes, by my watch. He played some songs to a backing track, and answered a few questions in between each song. And that was about it. The venue was pretty pissed as were the many people in attendance, but most being superfans, nobody was surprised. Maybe I’ll bust out the questions I asked him during the event on a later post for those who might find that kind of thing entertaining.

I can’t tell you how laughable it was as far as a ‘masterclass’ goes, or even as a concert: about 100 dollars spent on a ticket that was hyped to be a 3-4 hour session. If you paid an extra 500 prior to the show, you could show up and meet him beforehand, get things signed, all that. One fellow did this and said it was amazing; I don’t doubt him! I don’t regret going, as he’s been a huge influence. But he’s no educator, that’s for damn sure. At least in the sense of what Troy does or many other guitar educators do.

There can only be one Yngwie Malmsteen! That’s probably a good thing.

Welcome to the forum Perk, thanks for sharing!

Maybe I’ll bust out the questions I asked him during the event on a later post for those who might find that kind of thing entertaining.

Yes please lay it on us

I’ll dig them up from my phone, lol. I also saw the adverts for this online class, and somehow they’re trying to make it sound like there’s a limited amount of possible viewers? The thing is online…like, you watch it…through your browser. Hey, everyone’s gotta make a living, I guess! And at $35, the price is right. Personally I’d rather spend that on picks or strings or something, but…this is coming from a guy who’s seen him three times in various settings. But for those who want some entertainment, why not?

Did anyone “go” to this in the end? Would be very curious to know how it was

I stayed home and watched ‘Play Loud!’ instead. 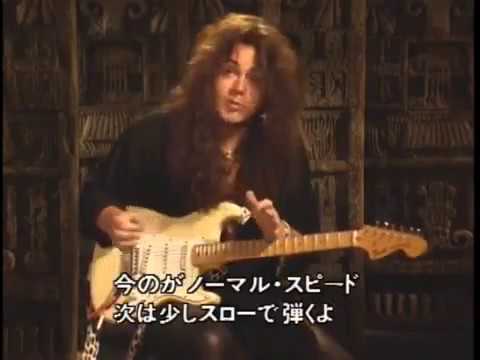 I watched it. As expected, very scripted. A lot of playthroughs to songs (most likely recorded in advance ) questions answered chosen before live stream . Most questions have been answered many times before. He talked a little bit about his picking (mix of sweep and alternate) some cool shredding on other guitars than strats. I enjoyed it though.

Did he talk about how he economy picks? I’m just curious if he is self aware, or if it’s, I played 12 hours a day from age 9, I don’t know, I just play.