Mixed technique, will this hinder me later?

Hi all
New to forum but I’ve been loitering around for a while.
I’ve been playing since 2012, late starter I’m 53 now . No real tuition, just Youtube, Justin Sandercoe et all, transcribing by ear and this has been enough for me as I play mostly rythme guitar and have been in a cover band for 6 years or so (ACDC, Rival Sons, a bit of soul and pop rock, mixed with a smudge of funk and acoustic. Jack of all trades but master of none. I pick up rythmic intervals really easy and can hold my own on almost any style. The lead guitarist was out of action last year and to keep the band going I replaced him on the soli. And got a taste for it. I can do a simple penta blues but my technique is way below par, so I popped back here to Cracking the Code about 2 months ago and have had a couple of "Oh my God " moments since. Once I had properly sat down and listened to the Pickslanter Primer correctly, the penny dropped. I’m taking it slow but steady and after a month of one string tremelo, trying different all the grips in the Pick grip chapter, here is where I’m at. I seem comfortable with a mid trigger/angle pad/ elbow motion ( if my arm seems tense, it’s not I’ve just got massive veins) but before going any further I’d like some feedback please. Will this technique hold me back later on? I’ve tried the Six-Note Pattern but my freting fingers need more strength and dexterity. Sorry for the long preamble, here’s the vidéo 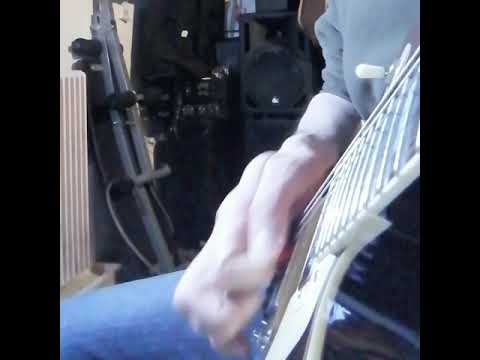 Hi @frankjoss - I see " Video unavailable. This video is private." Can you check the video settings in YT? cheers, jz

Woops my bad clicked to quick while on Youtube

Good work so far - my first impression is that your motion in this video is probably DSX - i.e. it will work well for licks that change strings after downstrokes. Let me know if that makes sense and feel free to ask for more details.

I think your logical next step is to have a go at some licks/riffs. Let us know how that goes

Thanks Tommo for the reply
Yeah the example is DSX but USX is not a problem either
This being said I’ve already mentally asked myself a quetion for later when I move to string switching
There is no “better” way obviously, just a way that works for anyone as an individual but take this 3 string Michael Angelo Batio Metal method lick