After so long i still cant determine what type of picking technique i have and how to improve it.

What is my Picking Grip?
Critique my DWPS
How to improve it.
All Info about my picking technique will be useful ( Good and Bad).
Thank you in advance

To my eye it appears be double escape…and at the same time not escaping enough to facilitate the single escape benefit. The slow motion movement appears to show a slight string hop (or at least significant extension that’s different from the rest of the movement) when you change strings. It looks like to me eye - you are really close to a breakthrough…I constantly go back to the picking checklist in the Primer and can usually find something that I let slip in terms of set up.

This sounds and looks great to me. What’s the issue?

As @Thegent is pointing out, this isn’t “dwps”, it’s double escape. There’s nothing wrong with that.

If you want to know what joints you’re using to make those motions, whether it’s wrist or forearm or elbow, and so on, then look at what the path of the motion looks like and which joints are moving. But honestly this isn’t super critical as long as your motion feels smooth and sounds good. So don’t worry too much about that unless there is a problem.

More generally, it’s very common for players to use a DBX motion when playing at slow and medium speeds, as you are here, and then switch to single escape (either USX or DSX) when they speed up. Andy Wood does this, for example. His form in this example looks a lot like yours: 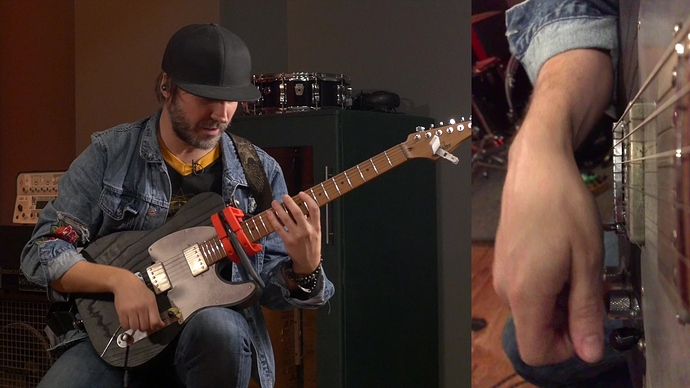 Then when he speeds up, his picking motion becomes DSX, where only the downstrokes go over the string: 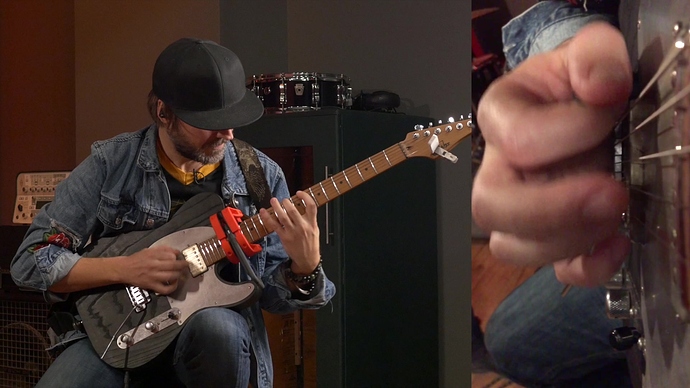 That’s fine for this phrase because it only has downstroke string changes. So this change is not a negative, it’s just Andy subconsciously doing what works for that phrase. He might use a different motion, or combination of motions, for a different phrase.

Can you go faster? What happens to your motion when you do that? Does it sound good? I would guess your motion would switch to either all DSX or all USX when you speed up. If you get a chance to film a faster one, give that a shot and see what it looks like.

Hey Troy,
Thank you for your reply , a bit late but finally got some time to work out again,
For some reason i cant go faster than that tempo i will try to record a video when i try to go faster and see what happends with my picking?

Which is not to say that your current technique is wrong or inefficient. It might be fine. But if you can’t figure out how to make it go faster, then it’s a moot point. You have to find one that goes faster right now. Solve the puzzle piece by piece!

Regarding this exercise, is there an ascending return pattern to practice this run as a cycle instead of ending on the root note?

Thanks Troy,
Finally got the videos
The first one is Eric;s Pentatonic, i just hit a speed barrier but as you said i tried beyond that and this is the result at the end of the video