I’m a long time lurker here. I found CTC about 4-5 years ago and thus learn’t about pickslanting & escape motions. As soon as i found it I actually made tremendous progress, being able to play stuff I’ve never even was close to playing before.

But there’s one thing that is a struggle for me, huge struggle for me actually. And that is USX patterns in the ascending direction, and it’s only ascending for some reason (maybe im swiping descending?) This includes any pattern that ends with an upstroke on one string and goes to the higher string.

From what I can see when im picking is that my hand really wants and tries to do an DSX motion and slanting it doesn’t really help. If i conciously try to make the pick go up in the air after each stroke it feels super akward and i usually get stuck on some string.
I’ve tried playing faster then I can, 150-200bpm 16th note. I’ve tried playing slow and building speed but always get stuck around 120-130 bpm and usually it starts feeling inaccurate around 100-110 depending on the day. I’ve tried playing longer patterns (such as 4nps chromatic) from E to E and trying playing just a few notes of it, like 5 notes - pause - and repeat. Nothing has worked for me so far, and I’ve been at it for years.

My hand position is very much like Al di meola, dsx has come very natural for me, usx feels impossible.
Does anyone have any tips on how to practice this? I know about rest strokes, i’ve watched the ‘‘bullet proof usx’’ by troy, yet when i do it i fail miserably.

Does anyone have any tips that helped you with this? Should i play super slow and try to micro manage so i can visually see each upstroke going over the plane of strings? Should it feel different from dsx or should i continue the same motion?

If anyone have any tips or anything at all I would appreciate it SO SO MUCH!! This has been haunting me for years now.

Quickest answer is: post a video of the problem so we can take a look

However, my best guess (actually your guess too, as you basically said this

) is that you have a DSX motion and haven’t yet figured out a USX motion.

If that’s the case, why not just start the patterns on an upstroke and use DSX?

Hi Tommo!
I actually found something yesterday when playing that enables me to do usx without it feeling like a struggle. I’ve yet to build up the consistency of it though. What are the odds that it i got it ‘‘solved’’ less then hours after making a thread about it

Now i got some real practice to do.

Anyways, i just wanted to say thank you for being willing to take your time to help me (and every other person here!). Very much appreciated!!

Out of interest, what did you find that allowed you to play these sorts of USX lines?

One of the main things I see across the forum (including my own struggles) is players having a natural DSX motion but not being able to adapt it to work on USX lines.

One of the main things I see across the forum (including my own struggles) is players having a natural DSX motion but not being able to adapt it to work on USX lines.

Agreed, I see that a lot. There’s also a phenomenon where many players obsess over the motion they don’t have and neglect the awesome things they could do with the motion they already have!

Nothing wrong with wanting to learn new things, but don’t forget to also capitalise on your strengths!

Completely agree with this.

Lol I’m very guilty of that. I think it’s more complicated than that sometimes. My natural state, my forearm will rotate as I go across the strings, reversing my pickslant sometimes as part of string tracking. on the lower end it’s in definite supinated DSX position, on the higher end it’s more neutral/pronated DSX but could easily switch to USX.

I’ve been working on embracing more DSX, and Gambale picking - because when I am playing USX economy picking is more natural for me when ascending and economy with an upward pickslant is also natural when descending.

Part of my other issue with DSX was that palm muting on all but the lower strings didn’t work so well when supinated, but I’ve learned if I consciously get my shoulder involved in tracking and move the whole hand along the bridge it helps even that out. 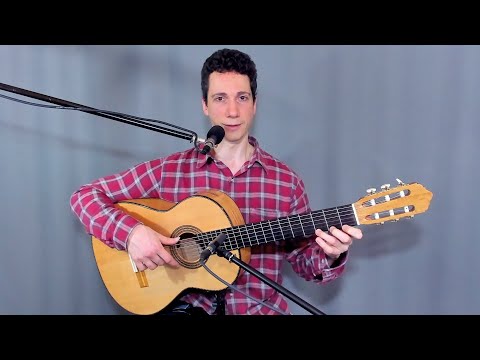 this is the exercise i am trying to do in a 3nps scale shape descending cause that is the hardest for me to do since i have a gypsy jazz wrist slant and rest stroke picking technique. so what i am going to do is just alternate pick everything and swipe slop both down swiping and up swiping. and over time i will begin to clean it up. wish me luck!

the reason i like this type of exercise is it should develop speed, and of course its a silly scale kind of thing, but it is ingraining almost all the motions you will every come across in a very compact concise exercise that you can do everyday, and move on to learning cool stuff.

I wouldn’t say that i can play usx lines, but i’ve seen massive improvements lately though. I’m still trying to figure out what works best for me and working on making it sound cleaner and more consistent.

I can’t say i have a recipe to make it work for others but one of the things i actively tried to think of was playing ‘‘diagonal’’ to the strings. Not sure how to explain it, but if you imagine watching someone play guitar in front of them - on the downstroke the pick travels closer to the bridge and on the upstroke the pick travels away from the bridge and closer to the neck. That’s basically it. Might sound super obvious or something, i don’t know

But before i always tried to play perpendicular to the pickups.
This also changed my hand position a tiny bit to the more ulnar side i think, to make the movement possible or extend the motion (not really sure what’s going on a deeper level).

I only practice between 16th notes around 150-200 bpm now aswell which i feel really has helped. I’ve actually found the 180-200 range to be very helpful when testing things out because i feel like if im doing something wrong it’s super obvious when playing at those speeds. I prefer playing at 200 and then slowing it down rather then building it up. However this is probably a bit individual i guess.
I usually started with some short bursts at high speeds, 5-9 notes and then move on to usx lines where i play across all strings.

I also said **** it technique wise and just tried to brute force it, sometimes using only wrist, sometimes trying elbow, or a combination of them, trying small & bigger motions, picking harder and softer etc etc.

I don’t try to escape the strings, i just try to pick side to side and hope that i’ll make it. Sometimes i totally miss or mess it up in some otherway, but i feel like it’s getting more and more consistent.

I still don’t feel like i should give tips on how to perform this motion as im still working on it. Maybe my recent ‘‘revelation’’ has been due to something im completely subconsious of and all i’ve written above is just jibberish