Preferred guitar poll, what are you using?

Initially I was wondering how many people prefer HB vs SC, or this is even a thing, but playing with the poll system I went a bit far maybe, thought it might be a fun discussion.

What’s your preferred type of guitar?
I’ve played SC guitars exclusively until I got an LP type guitar a few years ago.

What is your current go to guitar and why?
A Fender Yngwie signature with SD Fury pups.

Are you conflicted about what to play and make your daily driver?
My LP type guitar is better built than my current Yngwie strat by a huge margin. The SC pickups sound anaemic compared to the HH config.

What would would your dream rig be if you had a choice?
My current rig is a Marshall 1959 Super Lead 100 clone, into a 1960B 4x12 with T75s. I’d like to maybe get a nice wet dry rig going, currently I run a 2x12 with a Quilter ToneBlock 201 for wet that gets the job done. I don’t play out so this is definitely a luxury for a bedroom player, it took me a long time to get here, a decade of DI and amp sims and smaller tube amps that only confused me. I hope to get a band going some time when all this is covid stuff is behind us.

edit: feel free to post pictures of your gear! I’ll add some too.

What’s your preferred type of guitar?

I used to be in love with Les Paul shaped guitars. Until I got one few months ago. It’s a good instrument, but not the most comfortable playing sitting.
I’d like to get V shape too. For now I’m mostly accustomed to superstrats.

What is your current go to guitar and why?

Schecter Blackjack ATX C8, mostly for two reasons: obviously for the lows, but also because it’s highest quality guitar that I own.
Tone is fantastic too, with decent amount of “oomph” but not muddy at all.

Are you conflicted about what to play and make your daily driver?

As far as guitars go - not at all. I give decent amount of love to each of my three guitars. Each is tuned differently - Schecter is in F#, Vendetta is in B ready to go lower, Flame is in C# and can easily go up.
Schecter is the easiest one to play for me at this point, so it’s my primary choice, Vendetta comes second just because I’m used to it. Flame still feels odd and has some tuning stability issues, but full and nice for thick leads.
I’m more conflicted about genre to play - I play some atmospheric black with my drummer, I like some groovy riffs a’la Sepultura, my fav band is TOOL. I sometimes like some complicated, progressive stuff but also melancholic vibe of post-metal.
Too much variety. But I won’t play djent.

What would would your dream rig be if you had a choice?

For an amp I’d like something like hot-rodded Marshall. I’m using Fortin Nameless from Neural DSP most of the time now and it’s absolutely brutal. It’s bascially digital version of Fortin Meshuggah, which in turn is a variation of Jose Cameron modded JCM800.
Maybe add classic 5150 and some Mesa Dual Rectifier just for a variety. 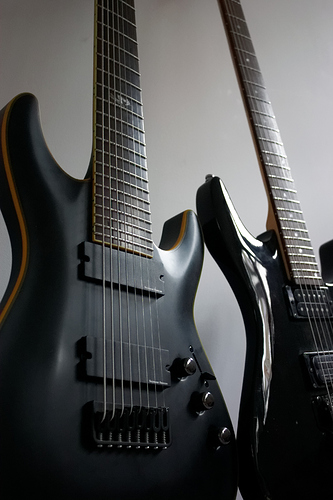 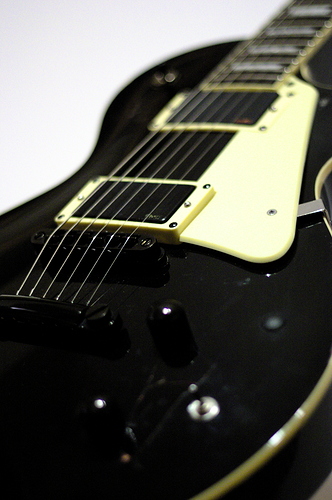 I’d really love to try the Jose mod on my amp some day.
That 8 string guitar is sick! Love it.

edit: I know what you mean about the LP types, I had the same issue, then I just shortened the strap a bit, that really helped.

I’d really love to try the Jose mod on my amp some day.

I managed to find schematics for Fortin Meshuggah, once I save some money I think I’ll get it made for me.
Just in about 10 years, I think.

That 8 string guitar is sick! Love it.

Yeah it’s dope, but has it’s cons too - access to highest frets is rather bad - so no playing CAFO for me lol, and also it could use somewhat longer scale - mine is 26.5’, the low F# is a bit soft @0.80 gauge, so can’t really downtune it.
The tone and comfort of playing is great though (unless you go above 19th fret). Sustain is great for me compared to the other two too.

I like strats and super strats. Like having single coils available if needed but def an HH guy. Never got into les Paul’s. Also something with active but that’s lower on the list.

I went from SSS to HH, but now I realize that HSH is the right thing. I still believe in EMG pickups because they’re active. Ibanez has clever wiring, except the middle setting makes me sad. 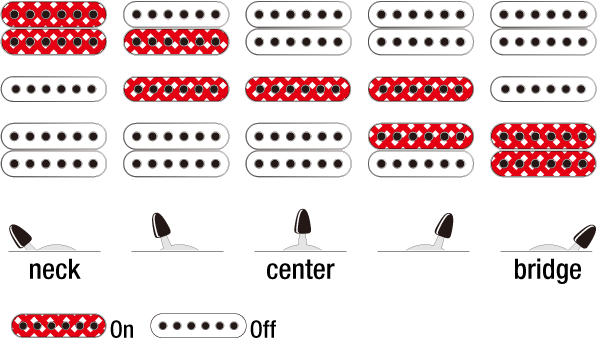 Always humbuckers and fixed bridge for me. They certainly make changing strings, and making adjustments, a lot easier too!

I’ve tried single coils in the past, but have never been happy.

If you’re comfortable with a soldering iron, you could replace the 5-way with either a 4-way or super switch that would omit the “solo middle single coil” setting (and you could customize other stuff).

I use a pair of home-built Gibson Les Paul Replicas for live work on songs with lots of unison bends and as a back up in case I break a string on the floating-bridge Stratocaster: 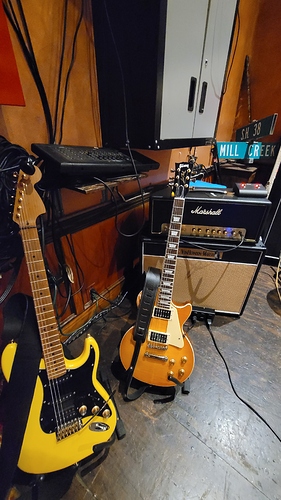 In the studio, I almost always use my Schecter Hellraiser C1FR. It’s super quiet, has coil splitting capability and rock solid tuning. 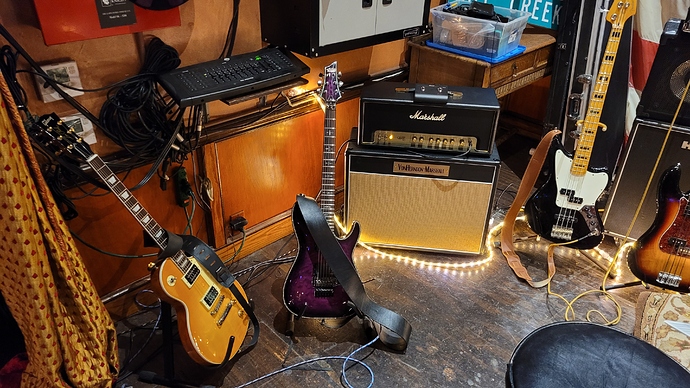 For songs like “Hotel California” and “Stairway,” I use my garage-built double neck: 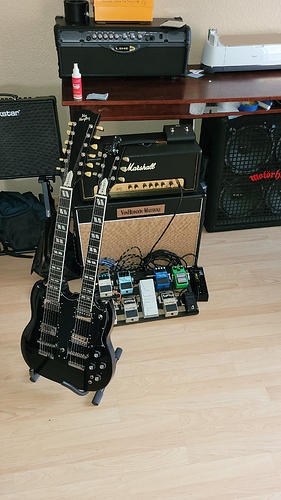 Hard to really narrow it down to just one guitar, as each one of these has a specific purpose…

That’s one hellova garage you got there churning those babies out, wow indeed!

Thanks, Man…here’s wishing you prosperity and success in everything you do.

Thank you brother… you too man, just keep doing what your doing, stay blessed.