I don’t have much experience with video editing and now I’m wondering about some ideas to do on YouTube + I guess it’s not a bad idea to have some rudimentary editing skills in general.

I wonder if somebody could recommend me some kind of software that would be able to use/synchronize multiple camera angles with a continuous music. Example: I play, there’s music coming out of my guitar, here I’m seen from angle A, here I’m seen from angle B, music still comes out of my guitar during all that jazz. Perhaps I would even dare to combine both angles into one screen/frame. (Let’s say that I already have audio file recorded or it’s being recorded while I’m being filmed.)
Nothing too serious and perhaps this is something so basic that every software is able to do. Again, I’m green at this. And I’m sure I could get more professional answers in different kind of forums but my goal is related to music so why not ask for it here

I’m not sure how serious this whole thing will get (and whether I’ll even start it at all) so I wouldn’t want to spend much or any money on that software. Free options are very welcome

(If it matters, I use Windows)

By the way, I purposely chose a general name for this thread with the idea that perhaps somebody else will use it to request for some other reccomendation

I would have used an existing thread if there was one.

Interested as well! I’m a total amateur at this. Speaking of free products, so far I only tried “Shotcut” (on mac, but it should work on windows as well). It’s great for a free product and gets the job done, but it doesn’t always work perfectly. Only thing is that you have to sync by hand, but the way the audio tracks are visualised made it relatively easy for me.

I recall that there was a project for a free VLC video editor as well, but I think at the moment only the source code is available.

If you’re on Mac we use Final Cut and we make extensive use of its multicam feature for our interviews. You can line up different shots in any video editing software but one with an actual synchronized multicam feature is absolutely the way to go for things like music videos.

Final Cut also has “compound clips”, which we use the hell out of. This allows you to make clips out of other clips, creating things like split screen angles which behave just like regular video clips. You can put those inside your multicam, which is itself a kind of compound, and then switching to your split screen is as simple as switching to that angle.

The killer feature of compounds is that you can go inside them at any point and change what’s there - like for color or exposure or sound - and those changes will auto-magically appear anywhere in your project where that clip is used. This way if you decide Frank Gambale should look less blue (from his computer monitor that kept turning on and off during the interview!) you can fix that even after the interview has been edited in a thousand complex ways.

It’s FCPX’s most powerful feature by far and I’m not sure that any other editing package works quite the same way.

Of course we don’t want Frank Gambale to look blue

Thanks for a suggestion. The features of Final Cut are enticing but it doesn’t fit my situation as it is for Mac and it’s too expensive. However, I think Troy’s post will be useful for many other members who are interested enough to open this thread. (I also saw there’s a trial version.)

In mean time, I’ll try to search for and test few free alternatives even if they aren’t as powerful

Not sure, we haven’t used any! But a few possibilities I’m seeing…

Adobe Spark seems kinda intended for short marketing-type videos based around templates, but could be a decent option for simple stuff. Looks like Vimeo has a similar thing in beta with Vimeo Create (we use Vimeo, but haven’t tried this yet, looks similar to the Adobe one.) I think a feature for paid plans only though. Adobe Spark has a free version but many features are paid-only too.

For free very basic editing, YouTube has an “editor” with some simple features like trimming video and replacing audio tracks. Doesn’t look super useful though.

In general any powerful video software is going to work off local files, I don’t think we’re there yet w/ fully cloud-based editing for anything serious given how big video files tend to be. I’m sure we’ll be seeing this more and more, but for now I’m not sure how useful such programs will be.

However I do think we’re starting to see more powerful mobile editors — iPads today are basically full powered computers in a smaller form factor. If you’re looking for something cheaper and easier to use than e.g. Final Cut Pro / Premiere, I’d suggest trying some video editing apps for phone / iPad. I don’t know much about specific ones but seems there are many available!

If Final Cut doesn’t work for you, check out this list of best video editors under $100. I like Da Vinci Resolve, it’s very powerful, does multicam audio sync, and it’s free!

The biggest challenge with multi-cam editing is syncing the video with audio, especially where multiple cameras are shooting and have different start/stop points. I recommend having an external audio recorder outside of your cameras, and keep that running non-stop through a shoot. This makes it easier to line up footage from different cameras to the audio reference, and you’ll get better audio quality.

I noticed that it also handles VSTs! Have you / has anyone used it to handle the whole audio+ video processing? (E.g. starting from some guitar DIs, adding amp simulators, eqs and so on)?

I actually didn’t know it could do that! I’ll have to give it a try and see how amp sims work in Resolve…

Final Cut Pro is the best value out there for the money! But you gotta have a mac.
My mac book died recently and I have no desire to shell out another 3k for a laptop.

I went the AMD route this time, as their current gen processors are leaving intel in the dust for performance and value.

Anyways, I had this same question as I’d not made any videos cause I hadn’t sorted my video editing scene out on Windows. 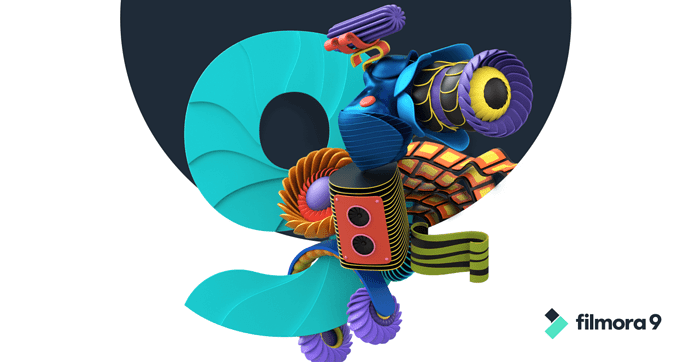 Empower your imagination and power up your storytelling with Filmora video editing solutions.

Handles multicam, multi audio etc, very simple to use, uncluttered and really quick! And most importantly doesnt cost an arm and a leg.

I´m on pc and use wondershare filmore9. For what I do it works fine.

Since my editing demands are simple (changing the sound track, splicing and cutting the video, crop, rotate etc) I use VirtualDub. There are some filters like adding the text and effects but I don’t use that stuff.

I edit my videos with little skills. For me, Photos app on Windows and iMovie on Mac is ok. However, to pursue lossless quality and fast speed, Joyoshare Media Cutter is a good option. I also try some advaned tool, like Filmora, which is hard for me.

HitFilm Express for me, it’s also free, you just need to register and then whammo, full suite of editing capabilities with plugin purchases available for the more adventurous or advanced users.

I personally use TunesKit AceMovi. It is fine for me.

Oh, it is a desktop software, not an app, but it has Windows and Mac verison.

But I think it is more suitable for beginners. hhh

Hi Troy, I enjoy your editing skills, they’re way beyond my capabilities in terms of editing video editing, which at present is none. However, I’m currently a PhD researcher and as such I find myself having to give presentations of technique to non-guitarist academics which can be very frustrating. I find the graphics you use in your demonstration of techniques exceptionally helpful and would be a massive help for me in research presentations. Do you use any specific program for graphic representation ?

Yes, we use Apple’s Motion: 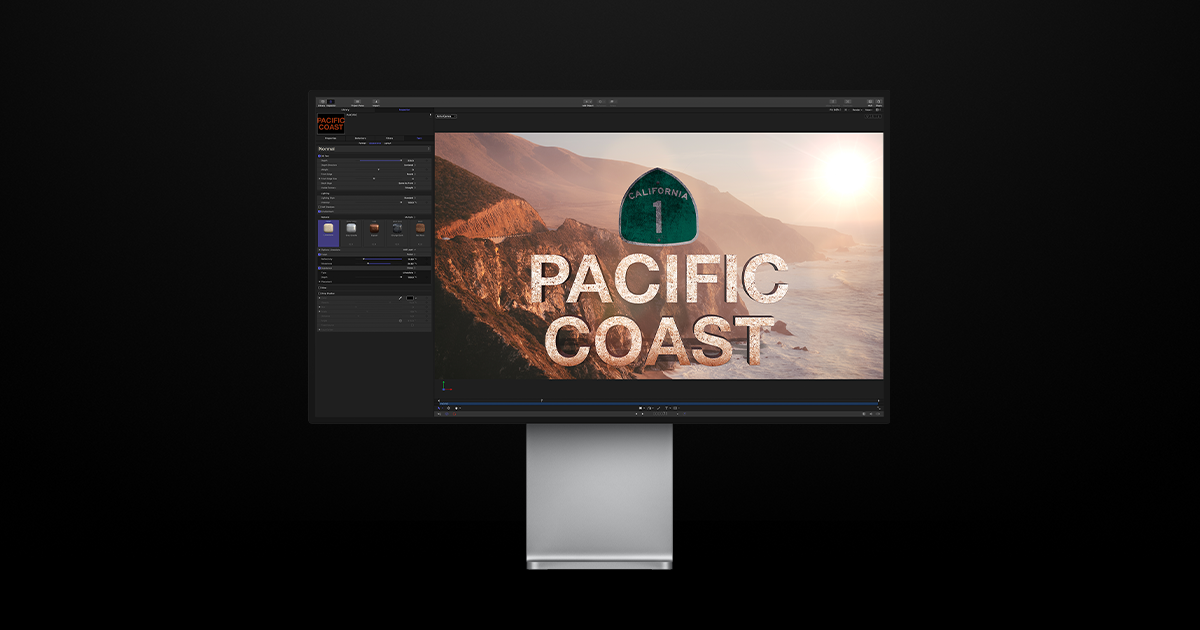 Motion is a powerful motion graphics tool that makes it easy to create 2D, 3D, and 360° titles, fluid transitions, and realistic effects in real time.

I really like it and think it’s the most elegant and organized. After Effects is the industry standard and probably has a lot more features. But Motion has a nice folder-based structure which is easy to use and makes your projects organized.

For simple edits I find Adobe Premiere Rush to be very easy to use. It has enough options that you can combine multiple videos or camera angles and transition between them, add titles or text, and correct color and audio issues without even needing to look at the manual. At the beginning (or even the middle or the end) you don’t need much more than that unless you are making a film project. For music-oriented content it is more than powerful enough.

When it really comes down to it the best editor for you is the ONE YOU CAN LEARN TO USE. I have some of the other more powerful options listed above I can attest to a very steep and deep learning curve on most of them…and the feature set is most often far beyond what you will need for a one or two angle video with a talking head and some audio…so get a free editor if you can and try it. If no free ones are out there get a cheap one and see if it does what you need right now. You can always upgrade later.

Also, there are a lot of great YouTube channels with fantastic content that don’t have great videography. One that comes to mind is More Plates More Dates…no lighting, wood panelling and an air-conditioner for a backdrop, and great content. He as 1.1 million subscribers. Of course some of that is the topics he covers but I think it shows if you have something to say people will listen whether the color is corrected or not. FWIW Derek has said that once he reached a certain point he hired someone to do his editing. THAT person does know how to use the fancy apps!

Thanks for the response, I agree with you on the more in-depth features of the industry standard programs out there and I tried to make sense of premiere pro with no success. Realistically I’m not wanting to create content for a channel or make any elaborate videos, I just want to create graphics as visual representations for my research seminars where my core audience is predominantly non-guitarists. I think I will give apple motion a go and try to learn to use it to best fit the my presentation based needs.