A bit like in classical guitar, it would be cool to have a list of pieces that can help one master the various techniques at various levels.

For example, I’m not a big fan of practicing isolated licks or exercises, but I prefer to have a piece of music using a given technique, and extract the difficult bits from it as exercises.

For best accessibility I would suggest pieces that have good youtube lessons. (My favourite way to learn is to go by sound + looking at the player’s fingers. I have a hard time learning from tabs or scores).

I know the list(s) can potentially be huge, but it is worth trying to build them, what do you people think?

Do you mean songs that have lots of alternate picked sections in them?

Well for example in classical guitar “Recuerdos de Alhambra” is a great test for tremolo picking (plucking?) skills. In rock guitar any Yngwie song is an advanced test of all possible USX skills, Vinne Moore’s material is good for advanced “mixed escapes” and so on. But apart from the very hard stuff, it would be nice to have also a list of entry level and intermediate level tunes.

For a while, I’ve thought that the Black Label Society song “Speedball” (written/performed by Zakk Wylde), makes for a nice, short song that has some cool licks/runs, is fairly easy to understand conceptually and to learn/memorize, has mostly even-note passages, and at least some of the parts offer straightforward opportunities to practice USX. There are a few other passages that I’m a little bewildered by - appears to be some hybrid stuff, possibly some DBX, and a little sweeping.

Here’s a clip of Zakk playing the song from a comfy-looking chair: 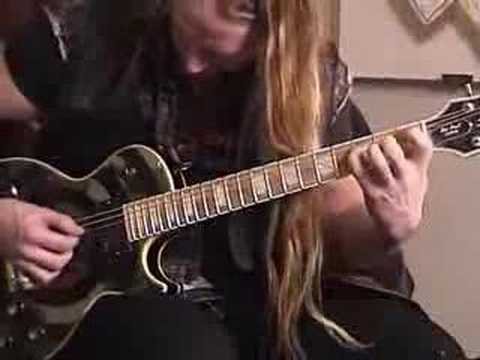 And for those who might want to learn it and don’t have the tab, here’s a video of Danny Gill teaching the tune note-for-note (seems fairly accurate, although he doesn’t get into much depth on the picking mechanics): 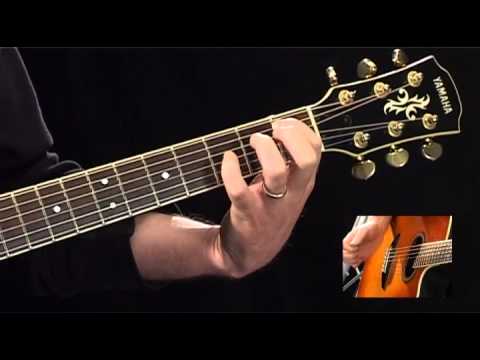 Cool song, thank you for giving a start to this list

I found it very enjoyable and surprisingly tricky to play cleanly (still work in progress), even if the speed is not too crazy. Some licks in there are definitely good for USX practice, but it also features some interesting single string ideas and a bit of classic tapping.

I was thinking about the same thing, having entire “Etudes” to work on new technique at the starting level, without the needs of isolated licks and riffs. But, to be honest, I haven’t found much, if any. So I decided to slowly write some myself, some really easy ones for USX. I’ll keep watching this post to get more references likes the 2 videos below.

I don’t have any songs to recommend but I had a similar idea. I wanted to gather few exercises that would enable me to play pretty much any [adjacent] string change. So I developed six* exercises and I treated them as a test while learning pickslanting. After becoming more or less proficient with these exercises, I haven’t encountered many picking problems so far.

I don’t want to push my stuff here as a salesperson would so I’d rather ask if anyone would like to see these exercises before I post them here (or somewhere else).

*six could be condensed into fewer but this is what I came up at that time and I didn’t change anything since.

The Freak Kitchen solo to Haw, Haw, Haw has loads of alternate picking. I have linked a video of a cover by a chap called Evan Bradley, who I met on Ultimate Guitar. I’m linking his version because he has tabs in the description:

It sounds good to have 6 basic exercises for picking, I’d be happy to see which ones you have chosen.

Ok, so I‘m posting my exercises that I have used as a test to see if I am any good with pickslanting. I’m also adding two videos of me playing these exercises. The videos were made when I was learning pickslanting. My movements are a bit more polished now than they were while recording but I was happy with the results I have reached in two weeks.

First two exercises in the first picture and in the first video are simple triad arpeggios. One exercise uses one note on the lower string plus two notes on the higher string. Another exercise uses two notes on the lower string and one note on the higher string. I simply put them into a small progression, etude, or whatever. They can be played chromatically or diatonically, forwards or backwards. 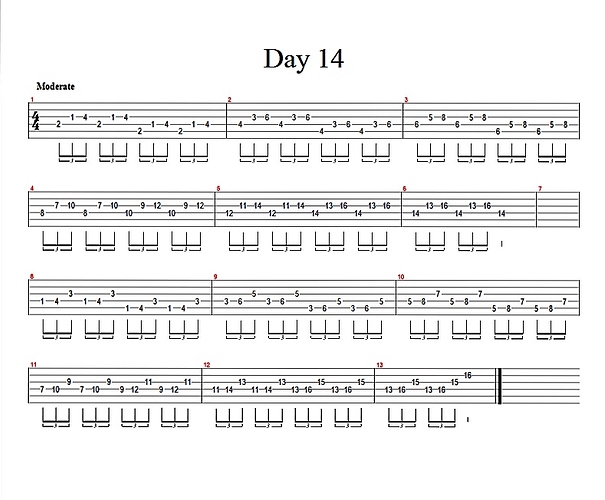 The rest of exercises use three or four note scalar patterns. (Rising/falling three’s and four’s?) It easier to see and hear them than to explain with words. There are some tricky pickslanting changes here. These can also be looped, played chromatically, or diatonically. 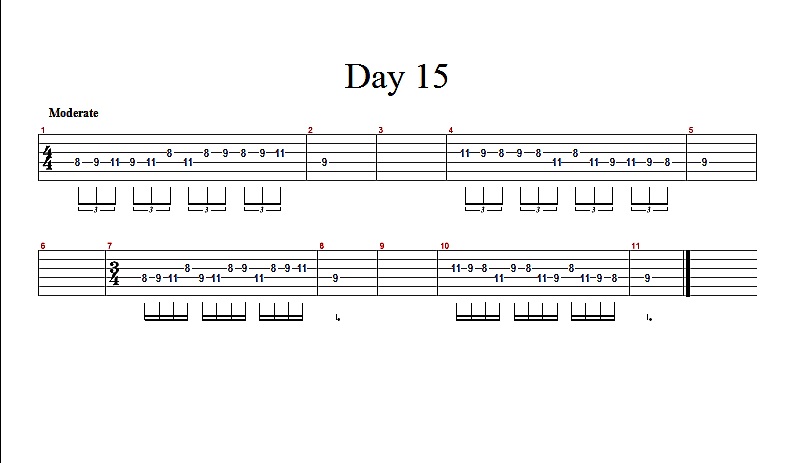 The next step would be to add string skipping but I didn’t do it here.

Video quality: I am aware of the quality. As stated in my introduction post, this YouTube channel and my blog were made for different reasons than to show off to others. They are public but I didn’t intend to get followers, income, or anything like that. I’m including these here just because this community seems to be rather welcoming and I saw someone mentioning that (s)he has trouble reading tabs. And because I got encouragement from @tommo

I am not claiming that I have discovered a holy grail of pickslanting exercises. Heck, they might not even work for some people. All I can honestly and accurately claim is that after I was able to play these, I have had no technical picking/pickslanting difficulties ever since. I think these six cover a lot of ground.

Very nice (and tricky!) stuff, in fact many of these licks can be used for single-escape playing as well. For a while I practiced a 2nps arpeggio etude similar to your day 14 thing, with picking pattern down-down-up.

Your post reminded me also of two lessons by Joe Stump: 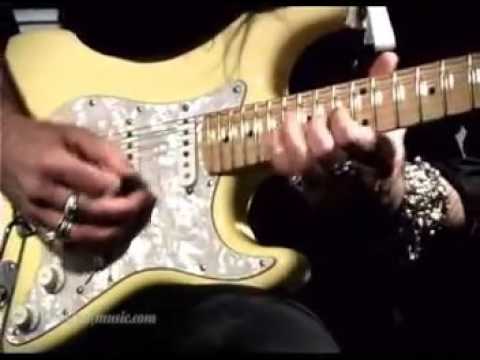 the second one focuses on sweeping (the 2-string sweep studies are pure USX joy, to be picked down-down-up) 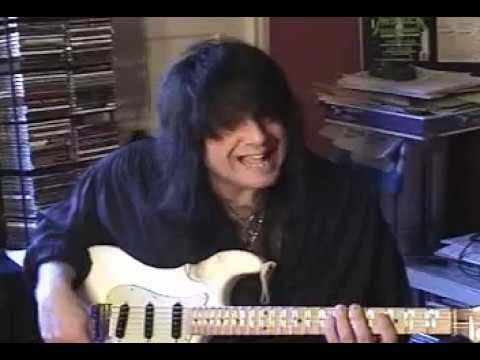 Great post and exercises! How are you setting up a camera to get such a good angle?

Thank you so much for posting this, I’m definitely going to try those excercises. Great stuff!

Thanks for positive comments

@tommo Oh, I know these Joe Stump lessons! I went through Arpeggio lesson quite recently and I remember clearly playing that double picking etude many years ago. Cool etude

Works perfectly for downward pickslanting (minus the sweeping parts)

in fact many of these licks can be used for one-way pickslanting as well.

Of course, my exercises (as basically everything) could be played in several different ways. Actually, I myself made a small etude of down-down-up pattern to get my hand into downward pickslanting position and to learn rest stroke.
That being said, these exercises work for two way pickslanting as well

I basically tried to imitate Troy’s Magnet with few pieces of wood, rubber bands, and screws. It’s not nice but it works.
I don’t feel too comfortable uploading picture of it because it is Troy’s invention after all and I just did a crude knock off

I wrote my own USX etude - a bunch of Yngwie 6s and EJ pentatonics/diminished licks over the Bb blues chord changes. Let me know what you think, if anyone is interested I can record a slower version or try to write some tabs. I’m also pretty sure a lot of you could play this better, but here are my best attempts so far

My guitar teacher showed me this routine a few days ago. It is really long, but it covers a lot of stuff in a wide variety of exercises. Here’s the slow tempo version, there’s a full tempo one but I still find it too fast… Hope you enjoy it!

From there I am trying to learn “into the future” by Vinnie Moore, although I will probably write an alternative solo because I am not going to pick 5s at 180bpm anytime soon

Decided to revive this topic to share a little USX improv / etude that I recorded and tabbed a couple of nights ago, and I also hope to see more repertoire suggestions coming in! The main ingredients you’ll need for this one are the Yngwie 6s and ye olde 3-string diminished arpeggios played as U - pulloff -U - D - D - D - U

It’s not hard to see who it is inspired by, although some of you may notice a small Vinnie Moore reference at the start

Note: since this was an old conversation I took the liberty of editing out a lot of DWPS etc. references and replace them with USX/DSX etc. as appropriate. 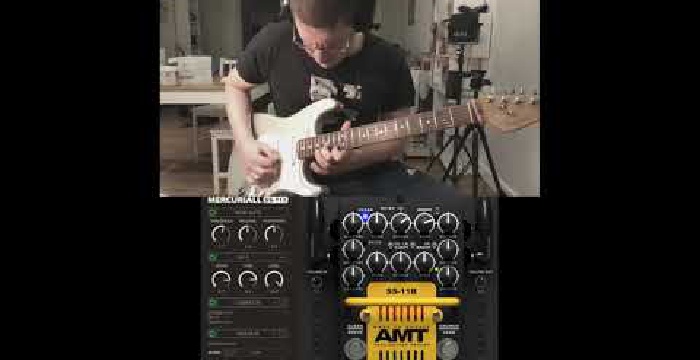 To ensure clean string changes, make sure your upstrokes always get out (i.e. "escape") the plane of the strings. The first five notes are a tribute to Vinnie Moore's "Beyond The Door". The rest is a tribute to... well, you know who :-)

Video (including screenshot of my Mercuriall SS11X, only thing I used to get the tone):

Hope you enjoy and find this useful!