Reverse Dart Thrower vs Dart thrower; Is there a playbook?

I’m just curious if there’s a set of “rules” that go along with those positions, you know things that are just simply a waste of time, best practices etc? Or is it still all about the slant? Like if you were an upwards pickslanter wrist rev dartthrower (just for argument’s sake) What are the considerations? If any?

I’ve never really been into darts, but I never got into drinking either so I don’t know much about the techniques or the rules.

all jokes aside i really don’t know much about when people start talking about the dart thrower stuff.

That’s why I have decided to enlist the aid of a translator. I think that is my wisest move yet lol

i think there is a video around here by tom gilroy that might be detailed dart thrower motion explanations except he uses anatomy terminology i think anyways. I don’t know why but his speed at explanation is just so well done. Most people go really fast, but he explains things at the right tempo. 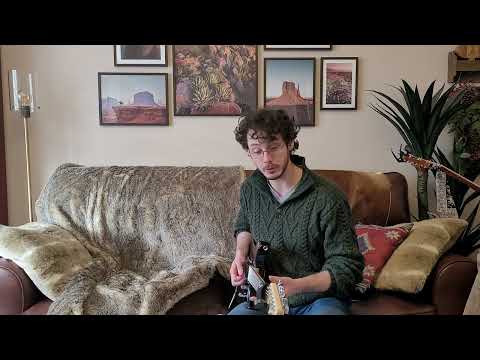 This thread has a lot of info on the motions themselves

I dunno Joe, I tried using a trailing edge hockey stick while trying for USX 8-2 and I had to use what looked like and felt like my normal rotational motion to do it… but it did look more bouncy, like an in and out movement particularly when placing my hand on the bridge. So it didn’t feel like I was making a different motion to how I would normally as I felt like I was using the same muscles just from a different angle. The hand and arm position though position though relative to the guitar…

Good info, thanks man. It’s really a shame that I am just too dim to understand it all.

One good takeaway thanks to Tom’s post is that I have supination and pronation understood now, so that’s cool. lol Onwards and upwards!

Reverse dart thrower is what wrist pickers like Al Di Meola, John McLaughlin, Andy James, and such, use. For me at least, it’s a pretty straightforward motion - it’s just what my hand does if I use a similar setup to those guys. To overcomplicate things, it’s ulnar deviation plus extension for downstrokes, radial deviation plus flexion for upstrokes. Downstrokes escape naturally, upstrokes do not, but there are ways to make them work.

Dart thrower I have less of a handle on, but the motion itself is inverted - upstrokes now escape, downstrokes do not. Ulnar deviation plus flexion for downstrokes, radial deviation plus extension for upstrokes. This seemingly requires holding the pick in the George Benson way, but not using his forearm setup (so, trailing edge “backwards” grip but without the forearm supination he uses).

for my own playing i escape on upstrokes and use rest strokes on downstrokes. however having played like this for so long i know how to alter this to escape on downstrokes, its just turning the wrist more into the soundhole, and then doing the same motions i use and i can now escape with downstrokes and rest on upstrokes. but this doesn’t feel most natural so i probably wouldn’t be hitting top speeds of my playing with these motions they just feel foreign. is it the same motion thats used to throw a dart? i haven’t a clue.

If you do idiomatic gypsy it is mostly forearm rotation with some wrist flex/ext. Probably nothing to do darts

haha ya its hard to say i mean i want to say its like turn a screwdriver but the flexing it inward is why i wouldn’t say for certain thats the motion.

Yeah I think I may have misspoke. Gypsy I think does have an element of reverse dart thrower

i think there is a video around here by tom gilroy that might be detailed dart thrower motion explanations except he uses anatomy terminology i think anyways. I don’t know why but his speed at explanation is just so well done. Most people go really fast, but he explains things at the right tempo.

Thank you so much for your kind words.

See, now i would have thought that “reverse” dart-thrower would insinuate that it’s maybe the “reverse” of what most of the main guys would use.

So then I guess that a “reverse Dart-thrower” would have the pick escaping the strings on upstrokes. Dart thrower would be escaping on upstrokes?

So does that mean then that for “double escape” then the player is alternating between reverse and regular dart-thrower? lol Fun to discuss, but once the pick is in hand, I’m not sure it really makes sense to me, the double escape thing’s relationship to dart/reverse dart.

Now if only there was such a thing as the “overhand baseball huck” being a useful guitar analogy, or even the “sledgehammer wall smush”… lol

You rock, Tom. Your videos are fantastic.

The “dart thrower” term doesn’t initially come from here, or guitar in general. It’s just a description for that wrist pathway originating from… medical doctors? Physiologists? Something of that ilk. But it’s a common enough movement in other activities that it got its own colloquial name… which may well have done more harm than good for guitarists. haha

For double escape, I would start with your normal form, and just try to do it and see what happens, rather than attempt plotting something out beforehand.

you would figure since upstrokes in usx are the escape pick stroke motion that this would require the force so wouldn’t this be proper to call this reverse dart thrower, since it is more of the follow through of this motion?

and the same can be said for dsx since downstroke is the escape motion that is the follow through motion so it would seem more proper to call this dart thrower.

It’s all about the diagonal pathway the hand makes in relation to the forearm.

If I throw an imaginary dart (lol) right now, I bring my hand, palm facing away, up in front of my face with my forearm a bit pronated. I prep the throw by bringing my hand towards me; this might appear to be a straight motion back, but not in relation to my forearm - it’s actually diagonal, incorporating extension. I throw the imaginary dart by moving my hand in the opposite direction, which incorporates flexion.

I prep the throw

maybe both down in usx and up in dsx should be the rest stroke so we develop the proper brain motion function of how to perceive which way i am to throw the dart?