This hit me hard. I was honestly a bit surprised by how hard it did. Even now as I write this I’m teary-eyed thinking about the impact he had on my life. Like so many others, I wanted to play guitar after hearing Eruption for the first time and can remember thinking, “What the hell was THAT?” It was a magical moment that put me on the path to learning guitar. I used to draw cartoons of Eddie and ‘VH’ was constantly scrawled all over every notebook I had. In elementary school I would stay in at recess to listen to VH as I played Spy Hunter. I’m so grateful for his contributions to music. He was a light.

I was never a fan of his band, and early on I never considered him much of an inspiration at all - I don’t really tap, the overloaded Marshall “brown sound” isn’t really my thing, etc etc etc.

I think as I’ve gotten older, though, I’ve increasingly gotten aware of some of the other aspects of his playing and the way they’ve influenced me. He always had this terrific swing to his rhythm and lead playing - I fully agree with @Dissonant_Timbres above that he was basically a hot-rodded blues player at heart, and the loose sense of pocket in his laying was incredible - and I guess while I’v e never at all stove to have a tone anything like his, where I’ve ended up - various superstrats plugged into a Mesa set for smooth but not overpowering saturation, with just a bit of edge to it - actually spiritually isn’t all that far from what he was doing, just coming at it from a totally different direction. And not for nothing the fact that there’s even such a thing as a “superstrat…”

Idunno. Fuck cancer. We lost a legend, and I’m just grateful we got to experience his contributions.

This interview made me a fan, more than anything else I’ve ever seen him do - his humor, humility, and easygoing charm are NOT something you’d expect from a guy in one of the most famous arena-rock bands of all time, especially after his well-publicized battle with alcohol took control of his life for a whle there. 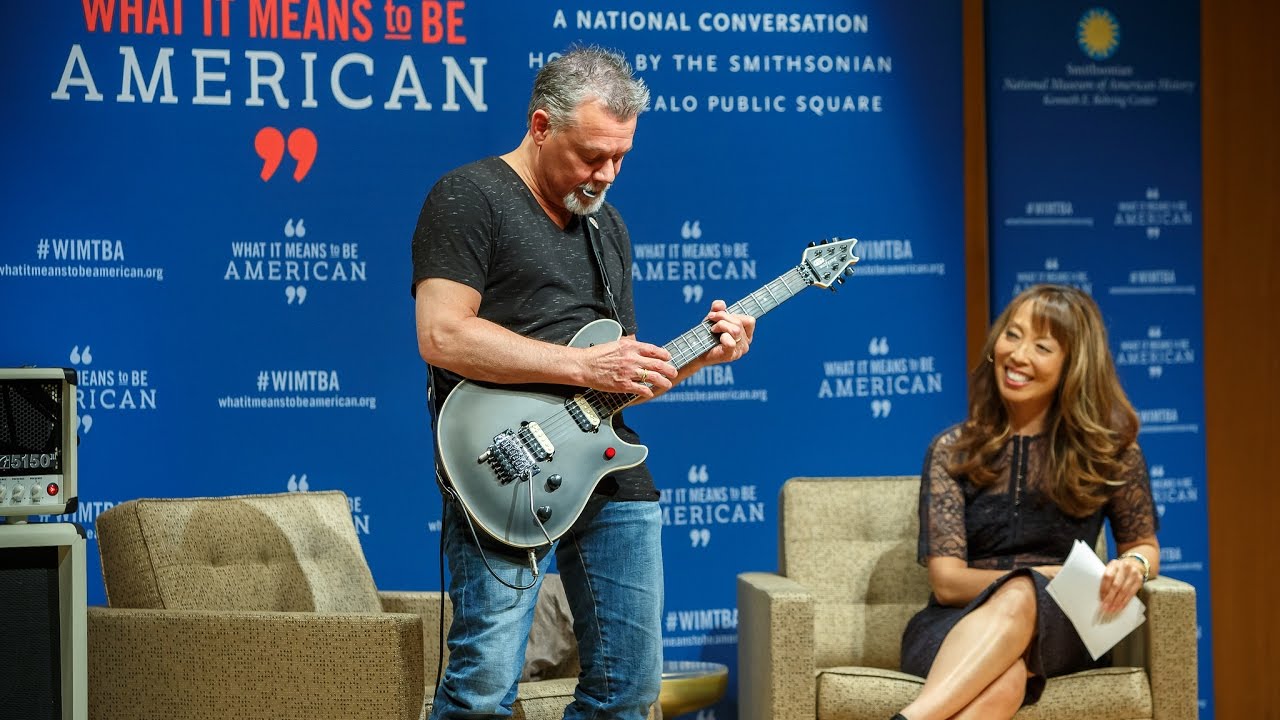 Some of you guys know that I’ve devoted a great deal of my life to studying Eddie’s playing, tunings, tones, gear, etc.

I only hope that his passing will encourage closer attention to his misunderstood and mistranscribed playing. I’ll continue working on transcribing it and can only hope that Troy and the CTC team or other equally astute people will apply themselves to really unlocking Eddie’s playing and helping to correct the massively incorrect official transcriptions that have been done in the past. And in defense of those transcribers, they worked on a deadline for magazine publication or publication of complete album folios…they didn’t have the luxury of taking the time and care to get it right.

That said, I feel pretty confident that CTC will be doing some solid work on this wish of mine in light of Eddie’s passing and Troy’s long-standing love and appreciation of Eddie’s music!

I have a feeling that CTC will be doing some really solid work on breaking down Eddie’s playing in light of his passing and in light of Troy’s love and appreciation for Eddie’s music.

I had the same experience. He was the rarest of guitar heroes - one who even my grandmother knew.

And that’s what made him so universal, literally: he practically invented the term household name. Not even Hendrix could have done that, and he was massively popular. 1984 made EVH a household name, and most of it due to Jump.

A week later and I’m still crushed by the fact that Edward is no longer here.

I’m going to sound a bit hokey, but I’ll tell you this: for some reason, after his passing, it’s as if whenever I play his music, I’ve never nailed it better than now. I’m sure there’s nothing metaphysical going on here, but…I can’t explain it. I’d like to think his life force has been unleashed, and every one of his fans now has just that little bit more ability than they had before in order to play his music with a bit more fire, accuracy.