I’m working on an USX wrist motion with the goal of being able to consistently play fast EJ-style pentatonic phrases.
I’ve definitely gained speed from following the wrist motion checklist but my motion still doesn’t feel as smooth as I would like it to be.

In the video I linked I played some ascending/descending pentatonic 6’s. All help is appreciated, let me know what I could be doing better with my wrist motion, if there is any string hopping, or if I need better hand sync (or if I could film my video better).

Thanks for posting! This all looks and sounds awesome. There is very clearly no stringhopping present, so nice job on this.

As far as not feeling smooth, are you referring to what it feels like or sounds like? Because what you’re doing is working well enough that I can’t tell from looking at it that there’s anything specifically unsmooth about it. If you told me it felt totally smooth, I’d believe you.

The sound of some of the notes is occasionally a little choppy, and that may have to do with hand sync, making sure you’re fretting everything exactly in time and letting things ring for the full duration before lifting.

I would suggest you’re into the next phase of this where you take this motion and apply to as wide a variety of phrases as you can. Not just 2nps things like pentatonic, but lines that have more notes per string, which I think will give you better sense of when the hands are really locking up, when the tone is good, and so on. The 2nps stuff changes strings so frequently that it becomes a whole other challenge unto itself - one which you’re doing great with. So by removing that you can get a better feel for the tone / pick attack / smoothness stuff.

Longer phrases are great for that. A couple longer etude style things you can can try are in the Channels -> Music section of the site, like these two for example: 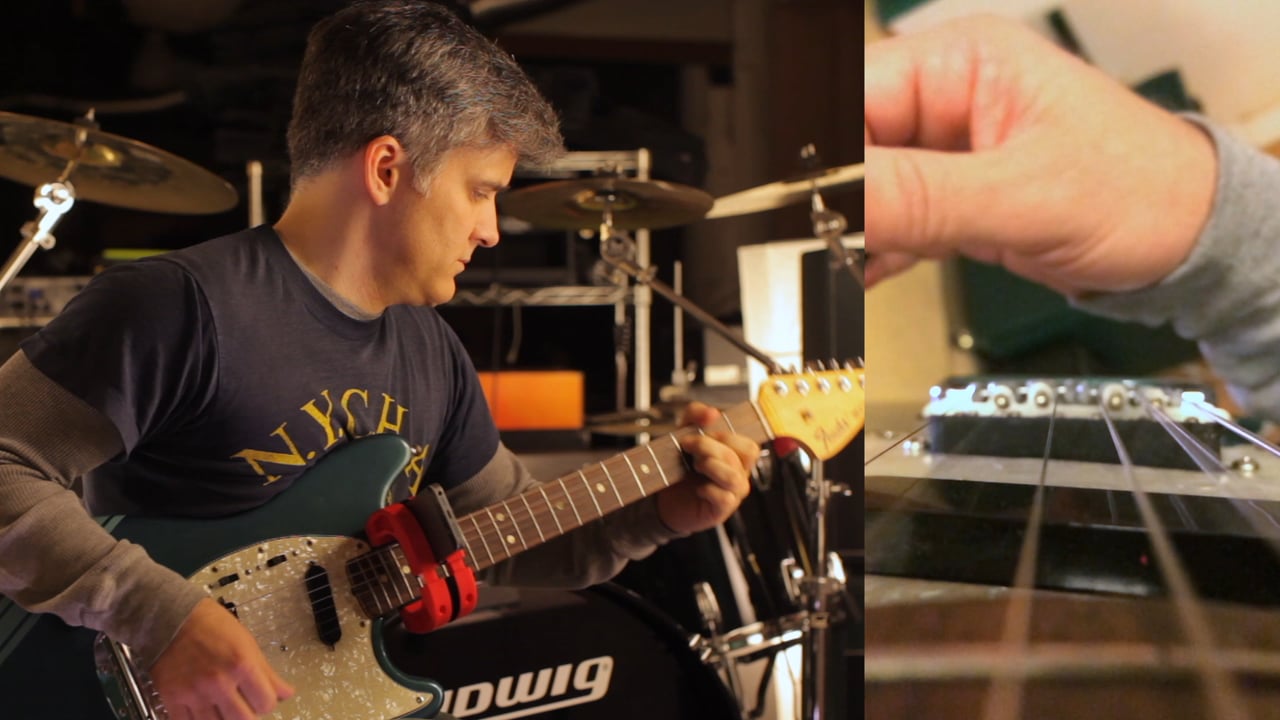 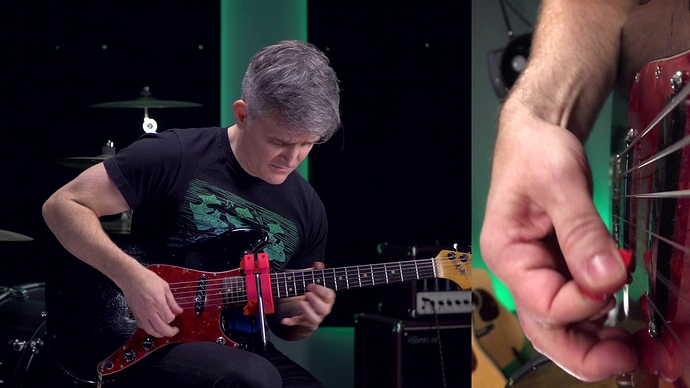 The ascending half of the intro solo is pure alternate, no sweeping. The idea was to create a longer phrase that could be done entirely with a USX motion using 3nps fingerings and with a rhythm of sixteenths instead of triplets. Just because so much scale stuff is triplety already. So to make this work, it starts on an upstroke, which might throw you at first. But that in itself is good practice.

The second half involves some downstroke sweeping, but might be useful to work on anyway if you want to play EJ stuff because you’ll encounter a lot of that in his repertoire. Patterns like this may be an easier way to get into it, because you’re only staying on two strings and just shifting positions every so often.

Another longer scalar thing that works with USX is this one:

There are bits of downstroke sweeping here as well, so this one isn’t pure alternate. Same concept, just giving you some more variety to work with. Feel free to find other things and add them in to the mix too.

Thank you, Troy! Yes, when I said I felt it wasn’t smooth, I was talking both about sound and feel, like you said some of the notes are a bit choppy and sometimes I hit a string with my pick before my finger frets and it would feel like I was getting stuck in the strings. Figured it was hand sync issues, but I just wanted to make sure I was doing the technique right. Thanks for the advice, I will start practicing those phrases! I do tend to get in the habit of just drilling similar pentatonic stuff, I felt like I should master that before getting to longer phrases

I wouldn’t suggest doing the linear approach where you “master” one thing, and then the next thing. When you think about other complex skills you’ve learned, like sports stuff, you don’t really master the motions one at a time. Usually it’s more like your form as a whole is a little janky for everything, and then gradually becomes more graceful and streamlined over time as you learn to smooth out all the activites. The feedback from these various activities helps all of them get better, a little bit haphazardly and unpredictably, but simultaneously.

In general, the “drill” concept is less appealing to me because it seems to emphasize repetition with identical form. At least, that’s the implication. But instead what we’re trying to do is to streamline and get better. And to do that you need to actually be making little changes here and there. And the variety encourages that. Feel free to mix and match, even within the time that you sit down to play.

Cool, that makes a lot of sense. I will work on variety.

Should I work on other motions also or just stick to this one for now? I don’t have the pickslanting primer yet (I’m a hs senior and don’t have a credit card yet) but I have developed this other motion that seems to be dsx with more of a pronated wrist form along with finger motion.

Sounds like you know what you’re doing, don’t worry about the Primer you’ve got some functional motions and you’re really on to applications now, not so much motions.

Re: other motions, lots of players have multiple of them. EVH is a textbook example. Film something with the other motion and let’s take a look at it.

But in general, yes, if you have it and it’s working, by all means find stuff to do with it. I think that’s really how it happened with players like Eddie and why they evolved the way they did. You never know what might be useful or lead to creative outcomes you wouldn’t have stumbled across otherwise.

Alright cool, I’ll film it then.

Would it be more helpful if I attached to this thread or if I made a new one?