Seeking for help with my picking technique

I’ve been following the forum and the cracking the code videos for a while and decided to post some videos and look for some help with my playing technique. I’ve been playing for a little more than two and a half years but had huge gaps in my practicing “career”. First I’ve picked up the guitar when I was 14 and played for 1,5 years and stopped. I’ve picked up the instrument again when I was 24 and played for an other year and stopped again for different reasons. I’ve moved to my home country last September and picked up the guitar again in October the third time in my life (and hopefully I won’t abandon it ever again). One of the multiple reasons for the breaks was frustration. I simply couldn’t feel I’m making any progress and my picking technique was simply terrible.

After my restart in October I feel I’m mostly there as I’ve been by the time I was before, so maybe this is a good time to ask the opinion of the dear community.

I have no decent camera but I’ve tried recording the licks in two different angles at various speeds.

Thank you for everyone who could take a look on any of these videos. I’m feeling quite lost with this whole thing again. There’s an abundance of content on the internet and everybody is telling you different things how to practice. I know, you should play how it feels good for you but I don’t feel I’m making any improvements and gaining any speed despite spending many many hours on the guitar literally every day. I don’t feel like I got anywhere in 2,5 years even considering the huge gaps I had in my practicing.

I feel I’m using too much of my elbow and I simply can’t get rid of this. If I try picking purely from my wrist I feel like I need to run with my legs tied together, in mud. I had a consultation with a guitarist called Matt Mills, and he insists of me getting rid of any forearm movement and elbow which I use a lot for tracking as well, and should focus picking purely from the wrist even if it feels like a chore for now. Here’s a video of Mr Mills:

I’ve also learnt he was teaching Jason Richardson who is a monster player in my opinion.

I’d also like to include a “bonus” lick which is very simple but feels quite comfortable to play on a moderate speed. On this one I rather feel my fretting hand getting tired and maybe trying to catch up with my picking hand.

I find string shift much easier after a downstroke but find changes after playing an upstroke quite difficult therefore I have a lot of issues with pentatonic 2nps patterns starting with a downstroke. I also don’t feel jumping back and forth from one string to the other playing 1nps (when Gilbert is repeating the string shift in his famous lick).

I’m grateful for any comments, suggestions. Thank you.

Just curious, what’s the fastest you can play on a single string (even a single note), and does that feel any different than the mechanics you’re using in these videos?

If I warm up, I can do the single note/one string thing on 180bpm for long, but even on 185bpm my stamina decreases a lot, I can sustain for 10-20 secs, sometimes I can raise it to 190bpm, not longer than that either.

What I’m getting at is that you can hit the speed, but not at an endurance level you want. It might be beneficial to try to hit these speeds more often and force longer timeframes (assuming it doesn’t hurt or feel uncomfortable) to see if your endurance level increases. IMO 10-20 seconds isn’t bad, assuming you haven’t developed it much.

Thank you I’ll try this, I already spend some time on this every day, just getting to these much higher speeds even with one note on a single string to see how it feels to pick that fast.

But when it comes to strings changes, I’m dying when I try to play those pentatonic monstrosities. I’ve seen the Eric Johnson videos but for me it feels very uncomfortable and unnatural to pick that way.

I agree in that 2nps tends to be harder for me than 3nps (from a feel perspective mostly), but honestly it sounds very clean when you do it. Even the clips that you label “disastrous” sound good. Maybe if you allow yourself to be a bit more sloppy while pushing speed, you can hit speeds you didn’t think you could, then the focus would transition to cleaning it up.

I’ve tried pushing the metronome to a speed which is way beyond my top speed with this exercise. I set it to 160 but tried to play only the right hand part first. 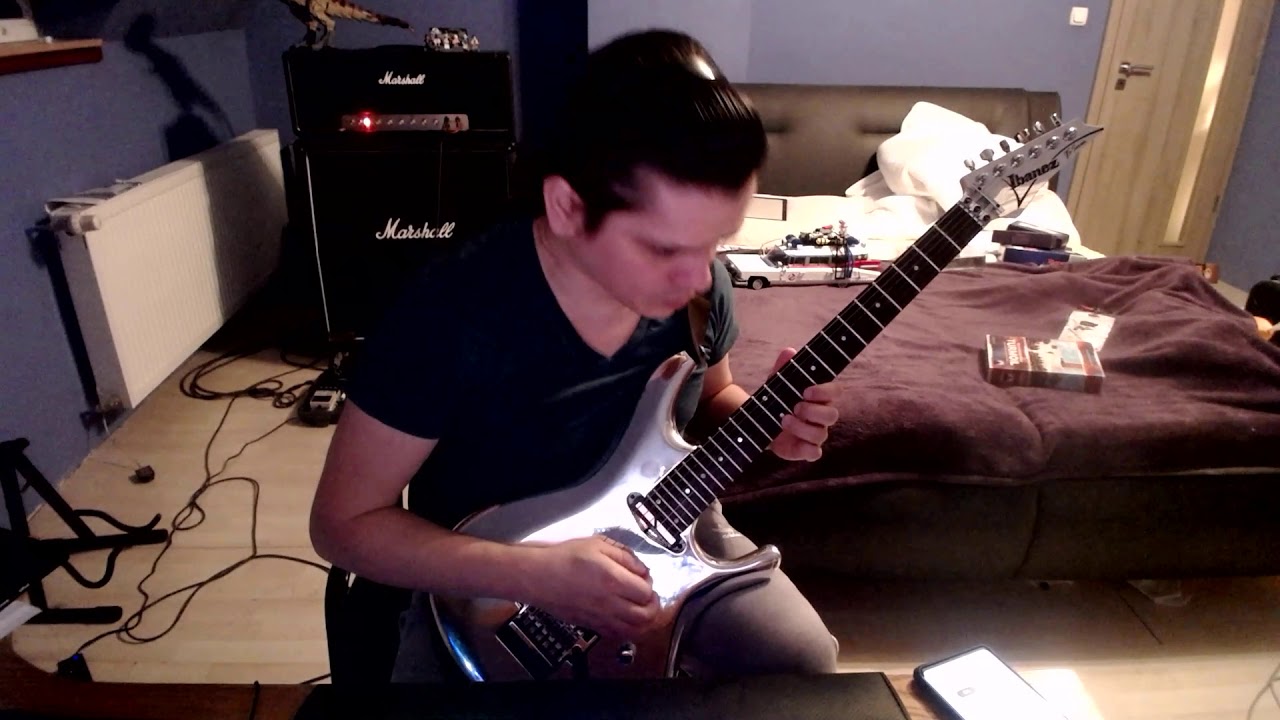 After that I tried the left hand part, but only picking the first note of the pattern. I’ve realised my left hand is also getting really tired with this, pretty quickly, and I can’t play any longer than 10-15 seconds on 140bpm using only my left hand.

Here’s an other lick I’m experimenting with. I start on a downstroke, I play it on 170 bpm. It feels like it’s the limit, and I can’t hold on for a long time. 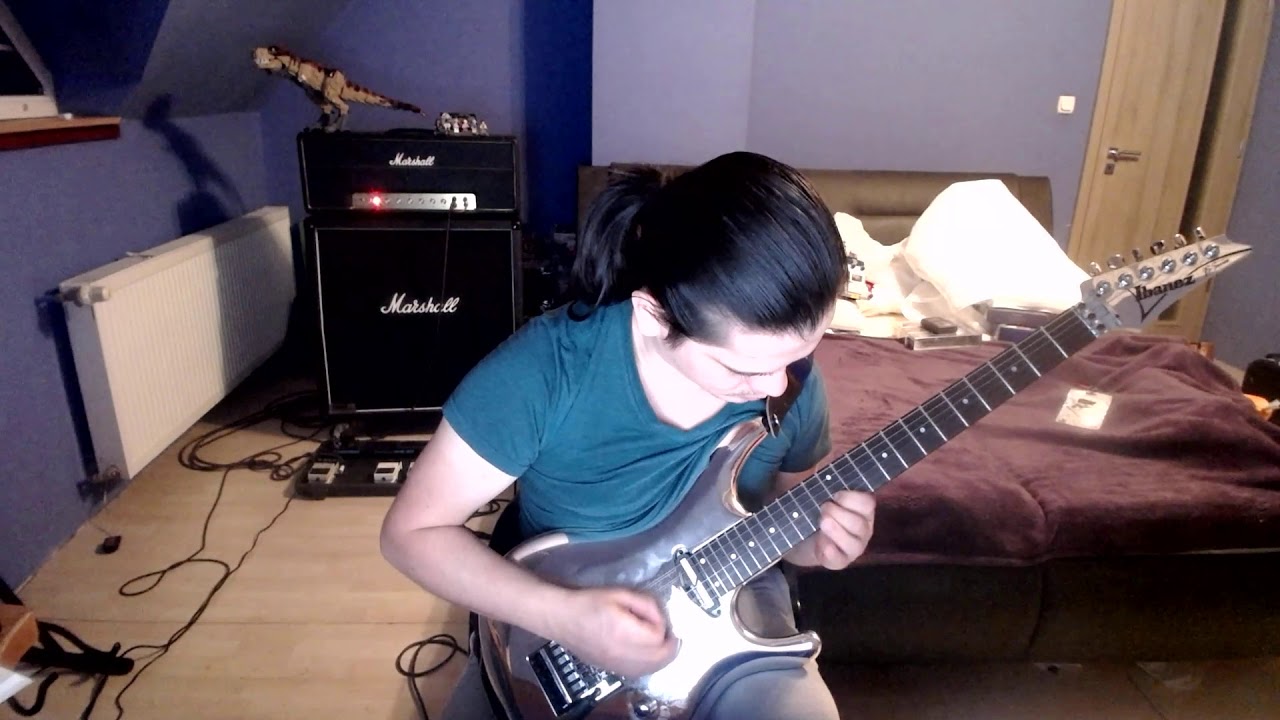 Welcome to the forum Gabriel!

To be honest I didn’t watch all the videos but what I saw/heard sounded really good. BUT what strikes me is that all the licks you have problems with require either switching strings after BOTH downstrokes and upstrokes or ONLY after upstrokes.

And looking at your bonus lick, where all the string switching happens after downstrokes, I would guess your motion simply is a downstroke escape motion, aka DSX. So I would suggest you try some licks that switches strings only after downstrokes. A simple way to do that with pentatonics is to start the same licks with upstroke instead of a downstroke. It might feel strange at first but soon it will probably feel a lot better.

Let us know how you do!

Thank you for your comment. Yes, the bonus lick is a DSX thing, it feels pretty easy to do with the picking hand. Can you please explain a bit more about this part in a bit more detail:

Well I’m not sure how well you know the CtC lingo but it seems you know what DSX and USX is. Most players use a picking motion when playing fast that only naturally escapes after either downstrokes or upstrokes. So licks that only switches strings after those strokes are “easy” because you don’t have to change the picking motion to be able to do those string changes. So in your case, you use a DSX motion (I would think anyway).

If you, on the other hand, try to do a string change after the opposite pick stroke, in your case after upstrokes, your hand have to do something to change the trajectory of the picking path. This requires a different motion and this can cause a lot of problems. This is basically one of the big causes for string hopping.

So when you play licks that require string changes after upstrokes, you don’t feel smooth but that your hand has to do some extra work to play the lick. Sometimes it’s obvious what’s happening but most times it’s very hard to feel what’s wrong. And in many cases, this specific thing is what is wrong.

Did this answer your question?

Yes and thank you. I’ve noticed that is much easier for me do shift strings after downstrokes but there are some licks which use both string changes and don’t feel hard and I’m happy with the sound of them. This is one example. I got a little tired in the end and it’s way beyond my comfort zone I’m usually playing in.

Considering how clean these videos have been, I feel like you’re not pushing your limit. Try a go at 180 for the last clip, no matter how bad you think it sounds, and upload it.

I’ve done that, but it feels really hard to play on this tempo and my right hand gets tired and tense really fast. 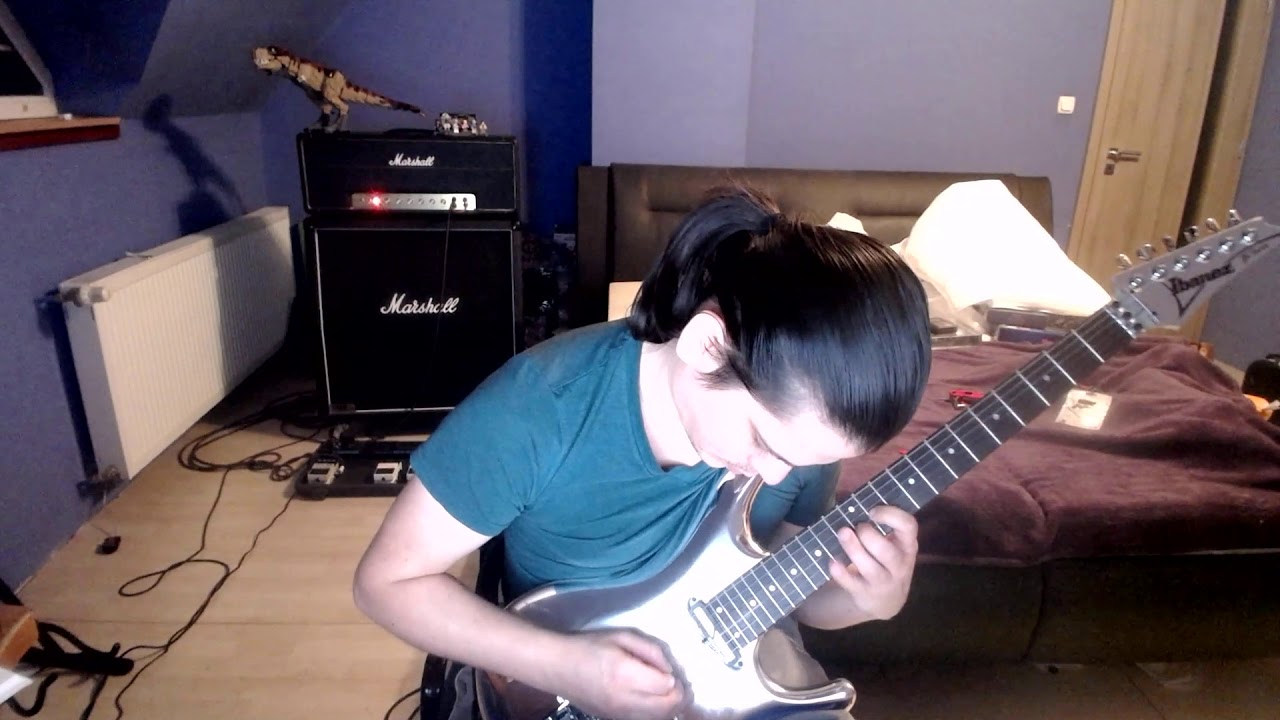 Sounds clean still, honestly curious at what point you’ll not be able to sustain at all. Let’s see 200.

As I’ve mentioned above, I can’t even pick a single note on one string at that tempo. The maximum I can do with tremolo picking is 190 after warming up, but not for long. So that would be impossible really. I gave it a try on 190 bpm but this is extremly hard to maintain at it’s very sloppy. 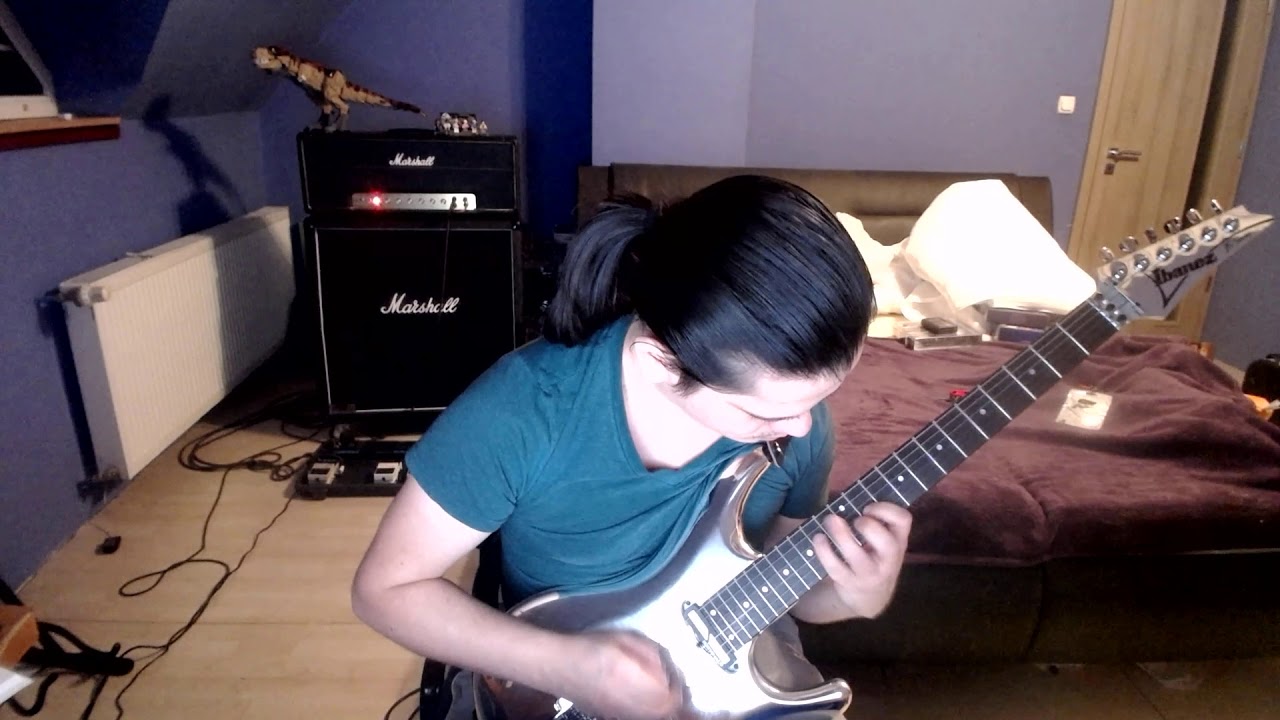 I gave it a shot to do any picking at 200 bpm but the results are disastrous. 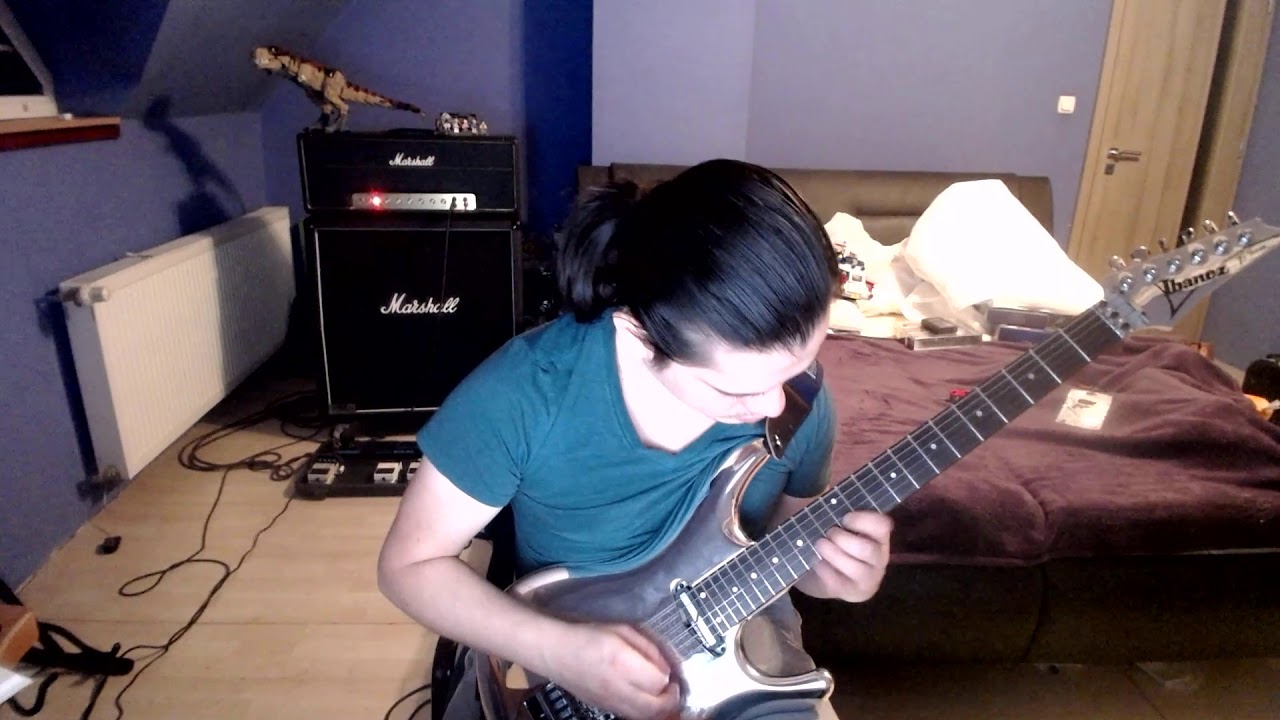 The left hand is also a limiting factor here.

Waiting for other people to chime in to either validate my point or call me crazy… But your 190 clip still sounded clean (not sloppy IMO). Again your 200 bpm was nothing near disastrous sounding. I saw you chunk the beginning portion as you were getting the feel for it, but once you got moving it sounded clean (you stopped a couple times because I’m assuming you either felt it didn’t sound good or maybe something was too tense).

There might be a disconnect between what “being sloppy” feels for you, vs what actually sounds sloppy.

As for endurance, your 190 endurance vs 200 endurance isn’t too much of a change (maybe 9 seconds at 190 straight vs 6 seconds 200 straight). IMO this is acceptable for doing “sets” at this length and upping the volume to see if over time, you tense up less and can go for longer.

If you’re feeling spicy, I would suggest you put up 210.

There we go … I can’t play more than a few notes. And I fall out of the tempo very quickly. 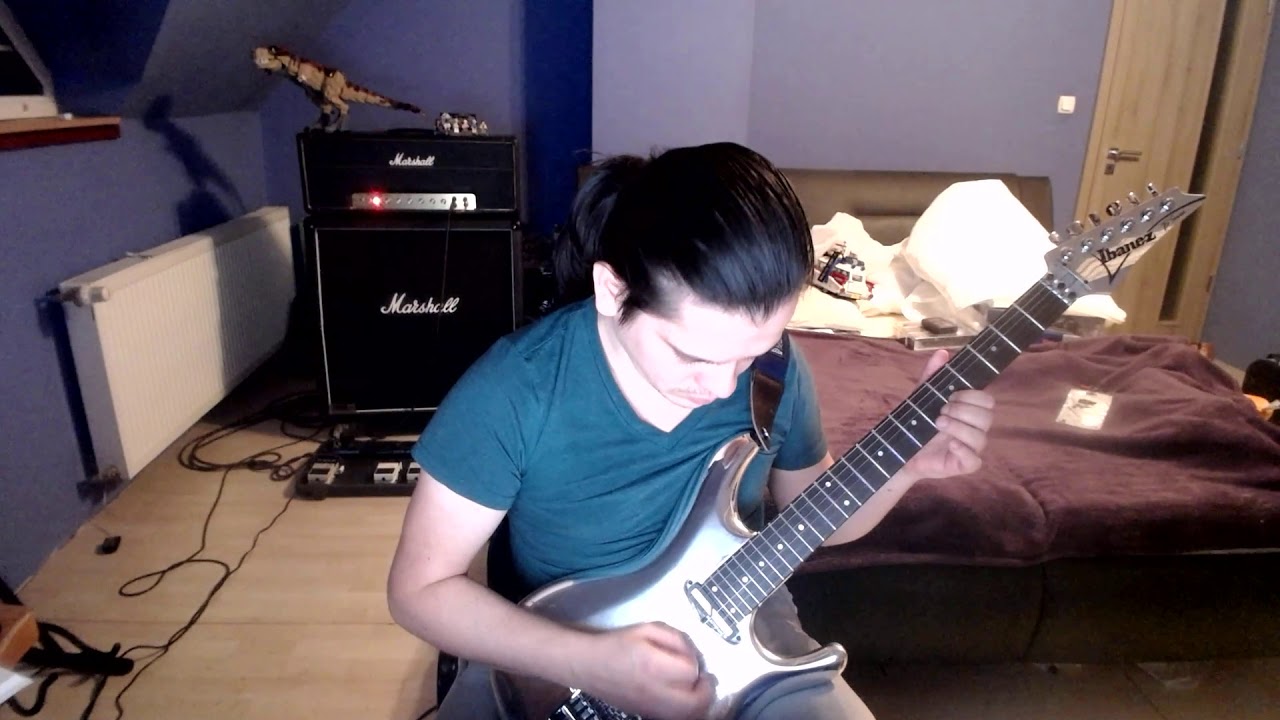