Anyone here play 24" scale length guitars? I’m left handed and have a short pinky, but large fingers. I was thinking about building one. Do you guys think building a 24 fret build is practical or should I just stick to 22? Or go up to 24.75" if I want 24 frets?

One of my earliest guitars had 24.75" scale length and jumbo frets, and I ultimately decided the space between the frets up past fret 12 felt too narrow for fast playing, especially 10 gauge strings, which is what I used at the time. And I don’t have huge hands/fingers either. But lots of people love playing Les Pauls with 10s, so take my thoughts with a grain of salt.

In other words, if your licks in E stop working when you try them in F then the shorter scale will be a problem. Otherwise, probably not. I personally can’t feel the difference at all, but I don’t know if that’s typical or not.

I find that even if you’re fretting literally over the fret wire of the note above or below, you can still fret cleanly or relatively cleanly.
On my steinberger that has 24 frets and a shorter scale length, I can still fret the higher notes, it’s just more mushed together. But as I say, I am often fretting just barly over or under fret wire, though it still rings out.

There is that pic of EVH doing icecream man that google is really failing me on.
In the picture he is doing this fretwire fretting. I can’t find it atm

Not the pic I was after but a great one

You can see his index is inbetween 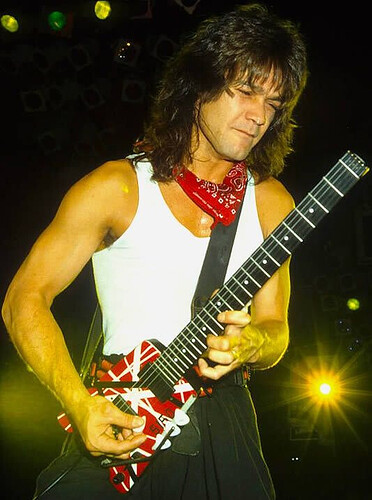 I think this is possibly an example of Ed doing the fret, fretting and it becoming to muted, but he goes with it and it adds to the preformance, almost like it was on purpose… or was it? 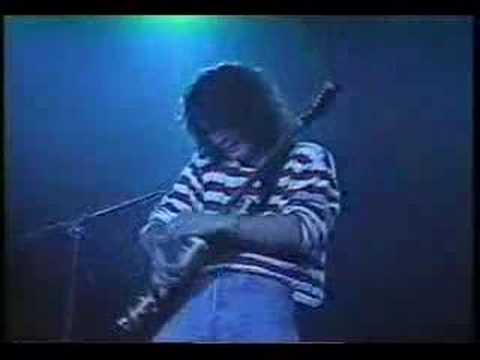 Have you ever seen Mike Marshall play a mandolin? The dude has bear hands. How does he do it??

The vintage Fenders you’ve seen in our videos are 22.5" scale. This is a short scale, yes, but it’s just not short on me. A Mustang, Duo-Sonic, or Musicmaster from the '60s on me is comparably sized to a Strat being played by a taller person. So it’s all relative to body size — for me at least.

That said the frets are not mandolin-sized, and I have no issues playing upper-fret lines. I would say the body getting in the way is much more of a factor than the fret size. If you had 22.5"-24" scale on a guitar with big heavy-metal type cutaways, it would feel a lot roomier than on a vintage Fender style body.

For upper-fret access, the most comfortable guitar I’ve played is the Washburn N4, which is 25.5" and has the Stevens Extended Cutaway. Lots of room up there.

Mine feels smaller than the normal scale length, but apparently it’s the same standerd scale as you say. I must be wrong about it being shorter.
Idk why that is, I’ve not measured it. But feels like a lespaul scale to me.

What size frets do you have on your 22.5 guitars? Do you think putting jumbo frets on a scale that short would make the upper register too difficult to play?

My body size is similar to yours – strats are too big for me, both in terms of overall size and fretboard spacing. 24.75 is probably the upper limit for me based on body and hand size.

Most of mine still have the old frets on them, and are all ground and polished from setups. So there’s not much meat left, and grabbing a bend is a little difficult. I’d actually prefer a taller fret, or at least a newer fret, if I ever have to get them refretted.

However if you’re only going 24.75 then whatever they use on a Les Paul is fine. They’re not super tall but I’ve never had any issues with ours. Plenty of Les Paul players are dudes bigger than me and probably with bigger hands.

As with the vintage Fenders, the challenge on a Les Paul is the body getting in the way. If you have a big cutaway, I really don’t think fret size or spacing are going to be the problem. I wasn’t kidding about Mike Marshall. The guy’s gotta be 6’2" at least and look at those hands, they’re meaty mitts: 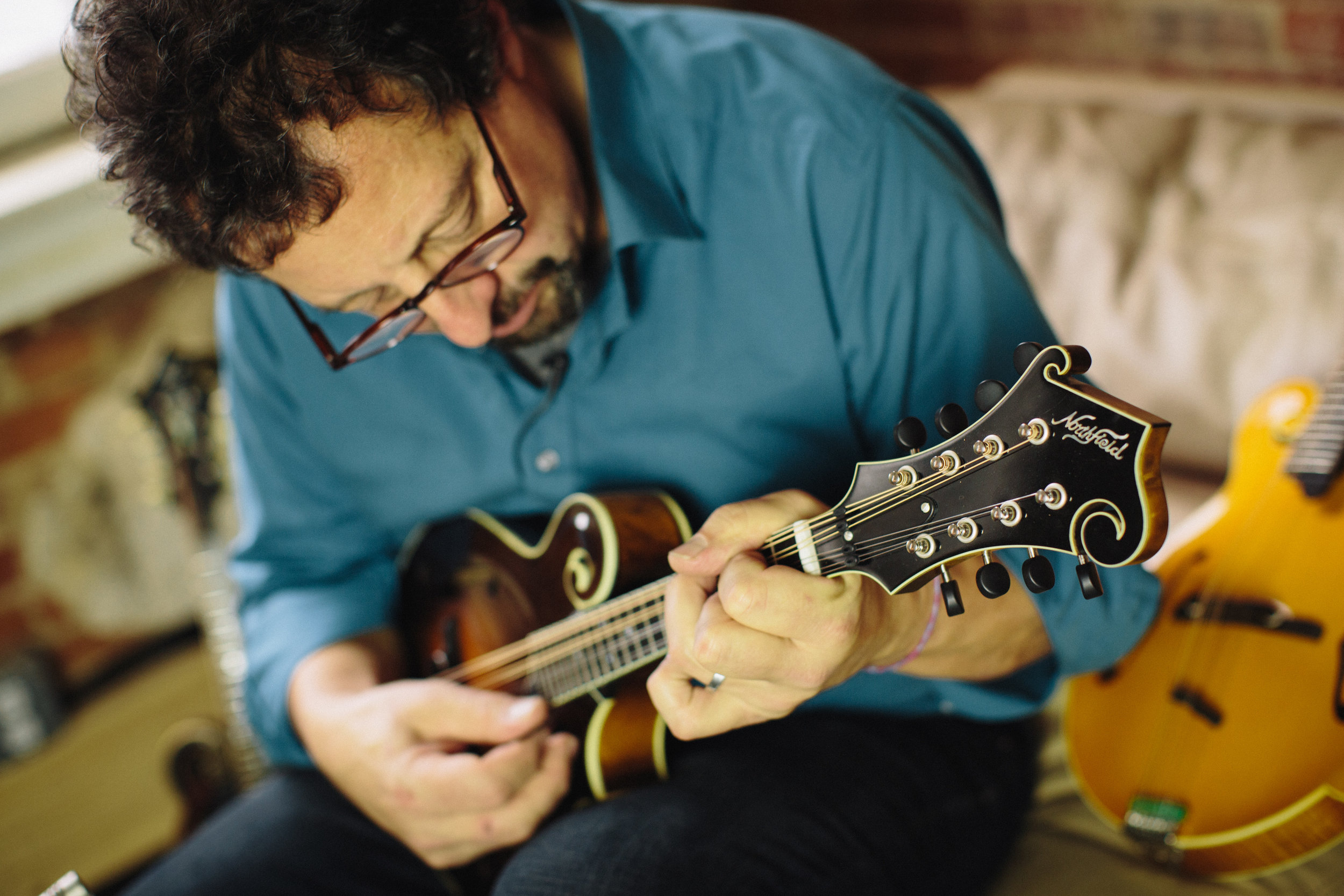 Mike is known for playing some very articulate notey stuff, he was kind of the Chris Thile before Chris. If he can do that on a mandolin, we can all do it on a guitar regardless of our sausage fingers.