Before I begin, I want to mention that on my model of phone, you can record slow-motion video in such a way that it will start at normal speed and then go to slow motion at a time that you choose in the app’s editor, so I recorded one video for each motion thinking that I would be able to just upload them with those edits included. However, the changes didn’t save for some reason, so all three videos are entirely in slow motion. Sorry in advance, I’m probably going to look into getting a newer phone for other reasons, anyways.

Since getting the Pickslanting Primer a couple of months ago, I’ve been working on the motions laid out inside and I’ve been getting some nice results. When I took all the motion tests (tapping the tabletop, scribbling, etc.) I got 200+ BPM 16ths speeds in all five motions, so I have pretty good confidence in myself to be able to bring any one of these motions that I’m posting close to those speeds. I got good with what appears to be the DiMeola DSX wrist motion first, followed by DSX elbow, followed by USX forearm(?). I’ve run into a few problems with particularly elbow and forearm motion.

When I perform the elbow motion for an extended period of time, I experience strain in my arm. Most times, it’s in almost exclusively the bicep, which makes sense to me considering what Troy pointed out in his video on the motion (the motion is similar to doing curls at the gym). However, sometimes, it’s the entire elbow/forearm region. It doesn’t start aching until after I finish playing, so it’s very difficult to nail down a precise time it starts aching, but the longest I’ve done the motion is probably around 10-15 seconds continuously and I experienced strain after I did it. It’s not painful and it goes away after a while but I just wanted to ask if this was normal or not, because I was under the impression that, as an end goal, these motions were meant to be effortless. It’s especially concerning to me because, as I pointed out in my introduction topic, before I found Troy’s channel, I watched a video from a metal guitarist named Al Joseph who said he got tendonitis from picking from the elbow, and regardless of whether or not that’s possible, I would like to avoid tendonitis, as I would imagine most people would. Below is the video of me doing elbow motion. To me, it looks like I’m doing it exactly like taught in the Primer, but please point out anything wrong that you see that you may think be causing the strain. I haven’t been able to measure the speed of my elbow motion, but normally it’s above 180 BPM 16ths. 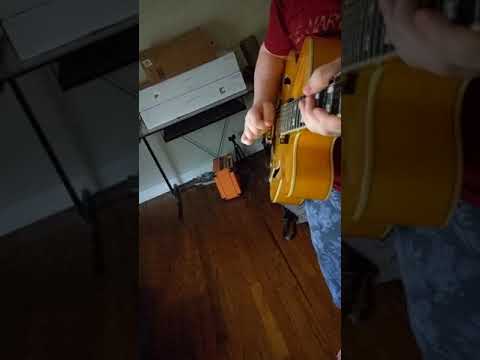 If I’m not able to get rid of the strain in the elbow, I might switch over to my DiMeola, because it’s the next fastest motion I can do. The fastest I’ve been able to do it was around 170 BPM 16ths. As a personal goal, I’m trying to reach a steady, constant 180 BPM 16ths with any motion before moving on to more complicated things. Since I already reached above that speed with elbow, I would be satisfied if it weren’t for the strain I mentioned earlier. Below is the video of me doing DiMeola wrist motion. 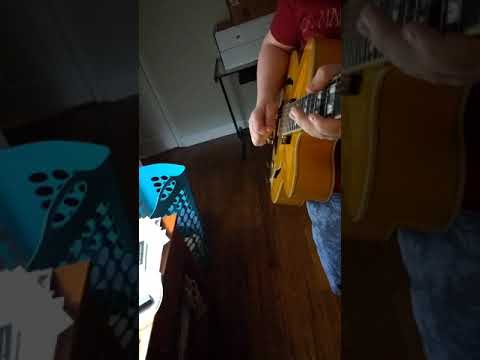 Since both of the above motions are DSX, I wanted a USX motion so that I could be able to do those kind of lines later down the road, so I experimented with what I think is forearm motion after seeing the in-depth video on Olli Soikkeli’s picking technique and I was able to get that up to a speed slower than my DiMeola, but still faster than string hopping speeds. When I tried wrist motion in the supinated arm position, I got the same speeds that I did for this motion, so I went with this one because it’s what Soikkeli seemed to be using. Below is the video of me doing the “forearm” motion. It’s the one I’m least experienced with so far, so it’s a little sloppy in the beginning, but I hit a stride about 20 seconds in. Let me know if what I’m even doing is forearm motion, because I’m not sure. I don’t see any movement in the “wiggle zone”, which is why I ask. 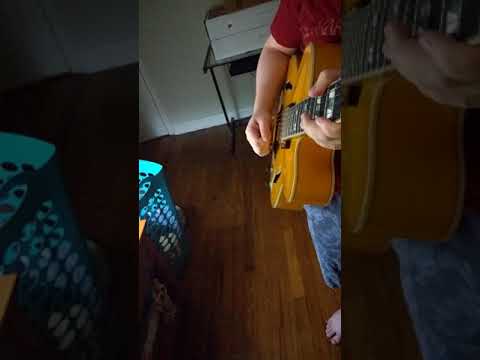 Lastly, I wanted to develop a fast double-escape to be able to do complicated string shifts later on. Whenever I try doing the motion based on the arc it makes, I get string hopping, which is why I at least remember somewhere in the CTC material Troy saying not to do that. I’m aware that DBX is not going to ever be as fast as something like DSX elbow without serious, serious work, but I was wondering if there was a specific motion, based on what I’ve shown here, that’s capable of doing it relatively fast, or if that’s just something that I have to discover on my own with experimentation shifting between the different motions.

Also, let me know if there’s anything else I need to mention that I either forgot or didn’t think was important enough to include.

Do you have any video that isn’t slow motion?

For what it’s worth, I think I used elbow motion for a bit but started shifting away once I started developing some trigger points in my tricep. I still start to feel it there if I play stuff with heavy accents for a long time.

I managed to find a video from earlier that night when I was experimenting with the camera positioning on my camera mount that includes a bit of all three motions. The DiMeola has a bit of elbow in it from the looks of it, but I think it’s still primarily wrist motion, and indicative of what I usually do when I try to go fast there. Just uploaded the video to YouTube. 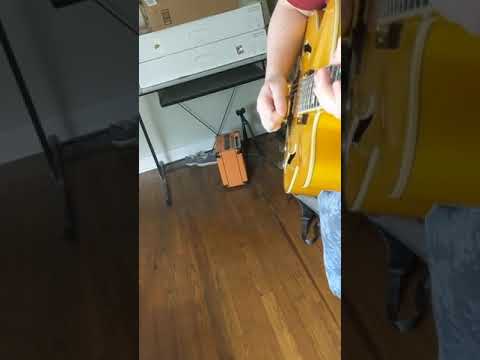 At the highest speed the motion looks like my old elbow motion. The first and second speeds definitely had more wrist and maybe some forearm rotation.

I think a sustainable elbow motion is really dependent on the person. Sounds like a cop out, but I’ve seen people use it to a great degree and still be able to play fast seemingly without complaints, while others eventually developed problems.

From my personal experience, if you’re starting to develop aches, I would consider switching to a different motion. I thought mine be would be temporary but it’s pretty much a trigger point that develops if I go all out with elbow motion. For what it’s worth, here’s a link detailing the location (#4, refers pain to the elbow):

I’m not too familiar with the “trigger point” terminology but as a matter of specifics, when I feel strain and discomfort from playing with elbow motion it’s usually felt in the areas highlighted in figures 2 and 3 of the diagram you linked. I never feel it on the very tip of my elbow. Sometimes, I feel it a little bit directly in my wrist, though I’m not sure whether that’s due to elbow motion or wrist motion. I hope it’s the former so it’ll be easier to fix, otherwise, I’ll have to worry about two motions at the same time.

I’ve been working at this for a few days now and I haven’t seen any reduction of strain in the elbow. Is this something that can even be improved by working on it or is it something that’s just inherent to the motion?

I’m also open to any critique of my wrist and “forearm” motions. I want to be able to get those up to the same speed regardless of whether I end up ditching elbow or not.

I’m also open to any critique of my wrist and “forearm” motions. I want to be able to get those up to the same speed regardless of whether I end up ditching elbow or not.

Can you post a couple videos with those two motions at their max speeds?

The second and third videos in the first post (5/31/2021 2 and 5/31/2021 3) should be slow-motion of the wrist and forearm motions, respectively, while the fourth video at normal speed that I posted after you asked for it (5/31/2021 4) goes through forearm motion, then wrist motion, then elbow motion. That video wasn’t something I was planning on publishing, it was more of a test video to see how each motion looked under the camera in case I needed to make adjustments to the frame, but I provided it after the first three came out as entirely slow-motion (they were meant to start at normal speed then go to slow-motion and back). Regardless, the motions in all four videos I’m doing at just about the fastest speed I can for each motion. I haven’t measured out the exact BPM for the elbow and forearm motions, but the wrist motion can get to about 170 BPM 16ths, which I’m looking to improve upon if possible.

Let me know if you need more explanation, I’m aware the way I laid things out is a bit confusing. In future topics, I’ll make sure to plan ahead for these kinds of software errors.

Update on the technique, there’s no demonstrable change but practicing the motions more and more has changed the elbow strain into more of a thing that feels like I’m doing dumbbell curls. There’s still a lot of strain in the forearm (even if I do just elbow) and I’m hoping to get more help with those motions anyway, so I was hoping I could get some feedback primarily on my wrist and forearm motions. If you have feedback for my elbow motion, too, I’m more than happy to implement that, too. The more motions I have down smoothly and without straining myself, the better.

I have always had an elbow motion as well. I try to stay as relaxed as possible and have never had pain after the fact. I have certainly felt a burn if pushing all out though like when working out. Not sure if that is normal or not. Definitely want to avoid injury but it has been pretty successful for me so far so not sure what to do.

@lba08001 How long have you been using your elbow for fast stuff? I started feeling the issues pretty noticeably around the 20 year mark lol.

I’ve been playing for about 20 off and on but only have really been trying to push speed for the last 5 or so. 2 seriously.

What did you end up switching too? I feel like I probably will at some point. Elbow just feels very natural to me.

I switched to what I think is primarily wrist with a little finger involvement, sometimes a little elbow involvement for accents.