a) Violin without vibrato
b) alto, cello etc. without vibrato
c) opera without opera singing technique
d) metal with dynamic range
e) in general classic music in tempo (I’ve heard hints of this, not pleasant at all
-> classical music has to be without strict rhythm?)

I’ve been online for well over 20 years, but these things just don’t seem to come accessible. Still today, if you put “violin without vibrato” search on Youtube, you get 20 videos instructing vibrato on violin…

I am starting to lose hope.

Check out baroque violin pieces, they don’t use vibrato at all, and yet sound enchanting

in general classic music in tempo

God save us! The least thing I want is to hear classical pieces adjusted in grid )

They usually (though not always) play choruses, verses and bridges differently. Depends on a type of metal, actually, since now it’s more like an umbrella term for very unsimilar subgenres.

P.S. Ravel’s ‘Bolero’ is often played in the same tempo. Well, that’s the idea behind this piece: same motif over and over, same rhythm, pure timbral dynamics (orchestration) 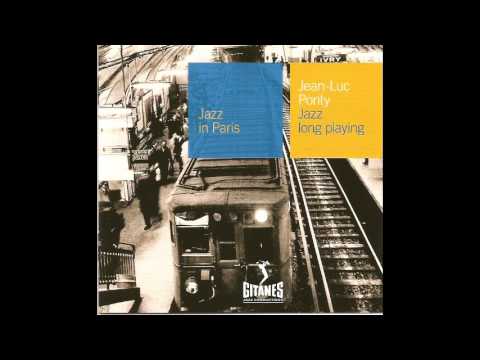 As @Arnadius points out, anything baroque will have almost no vibrato either when done in a period style. Edgar Meyer playing Bach on bass with a bow, for example:

Oh, wow, those strings without vibrato sound mesmerizing. I listened to some barocque orchestras with period instruments and they indeed use very little to no vibrato. It makes them actually play much tighter, since no one is waiting for that one long note at the end of each phrase. They also pretty much play in tempo and therefore basically groove like any modern band. Remarkable stuff. There is so much to barocque that I don’t know about.

They also pretty much play in tempo and therefore basically groove like any modern band. Remarkable stuff. There is so much to barocque that I don’t know about.

Yeah I was gonna suggest you check out some mid tempo baroque for classical music being played in tempo. @Troy and @Arnadius beat me to the baroque suggestion for non-vibrato, so I figured I’d let you discover that tempo part of it for yourself

Excellent assessment! I’d imagine waltzes from the classical period are often played in tempo, since after all they were written for people to dance to.

If you haven’t already listened to them, Bach’s Brandenburg Concertos are worth a listen.

Speaking about rhythm and waltzes… I’ve just remembered how I was amused when teacher told us that rhythmical structure of Vienese waltzes is not as simple as one-two-three in grid: second beat is shifted closer to first one, that’s the tradition. And I was like: “And how do they write this using notation?” and the teacher said: “They don’t. You just have to know it” ))

e) in general classic music in tempo (I’ve heard hints of this, not pleasant at all
-> classical music has to be without strict rhythm?)

Ha, I had the exact same feeling, back when I was still trying to be a serious player. I recorded one of the pieces where it bothered me the most, Vals No.3 by Barrios. It is not exactly a perfect recording under the best circumstances, but here it is, let me know what you think.

Awesome playing @7th11th. Pretty much every tune by Barrios makes me tear up!*

Pretty much every tune by Barrios makes me tear up!*

My instructor in college wouldn’t let me, but I pushed HARD to only play Barrios. Everything else felt like 2nd fiddle to me. He wrote in just about every classical ‘style’ available to us as classical guitarists, other than the modern stuff which is just not my thing. He had superb voice leading, was a master of form, highly melodic and emotional etc. Such a great composer. John Williams called him the greatest guitar composer, (meaning guitarist who wrote music for the guitar) of all. Not claiming he was a better composer than, say, Bach or anything. All that said, I wish his stuff wasn’t so damned hard to play!!! I’d love to be able to just enjoy his pieces while I played them. They require every atom of my concentration to get through.

All that said, I wish his stuff wasn’t so damned hard to play!!!

My Nemesis was always “allegro solemn” played at a decent enough speed(~140 bpm 16th), so the musical phrases would sound coherent. I could probably still play most individual parts of it individually at speed with a little practice, but all of them stringed together, into an even half-decent Performance - nope! Not in this life.
I wonder though, if that piece (allegro solemn) could work for hybrid picking on electric, since the polyphony is mostly broken up into moto perpetuo.
Want to give it a try @tommo? I would provide a transcription!

Vals No.3 by Barrios

Oh, wow! That was 3 minutes 12 seconds well spent. Wonderful music. I made it total 6:24 immediately after.

This reminds me of how I never really came to respect Segovia so much. I tried to listen to him when I first picked up the guitar as a teen. Eventually I had to give up because he couldn’t play anything without constantly pausing, all the time, and so randomly it made me uncomfortable.

Much worse in the opposite direction “back then” for me was Vanessa Mae, who had some classical pieces played with a pop band. Whereas with Segovia I have some problems, I cannot even listen to pop-Vanessa Mae or similar acts. That is just vulgar abuse of some of the finest pieces ever.

Following this theme I’ve listened to several interpretations of Paganini’s 5th Caprice lately. Violinists in general seem to have high regard for performances where the player flat out pauses to switch positions. No worries, it is so wonderfully expressive!

There are not many better headbanging pieces in classical than 5th caprice and precious few examples where I agree with the player.

Thank you!
The subject of rhythm and meter is kind of a grey area in classical music. For my taste, if it is skillfully done, rubato can add to the beauty of a piece, like time being diluted by enormous shifting gravities.
But I always felt that rhythm comes first. Especially so, when the piece is a dance. In the recording by John Williams of vals no.3, you can’t even distinguish the 3/4 meter a lot of the time.

Just to be fair to players like Segovia and John Williams, it is part of the style. There is an actual recording of Barrios himself playing that piece, with an outrageous rubato: 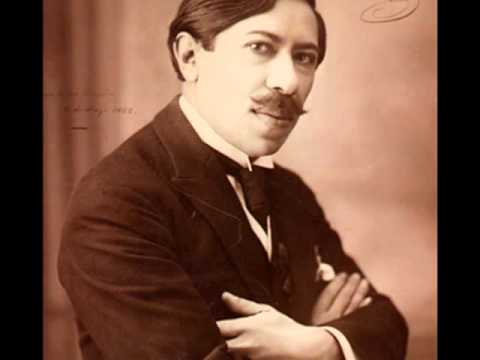 Yeah I think that piece was supposed to be sort of Chopin-esque, so rubato is kind of expected. There’s a LOT of it here though. I’ve already gushed over him on this thread so hopefully this comes across as an object comment, but I’m not into Barrios’ interpretation of his own piece on this one. I’ve heard this recording before too since it came with the Barrios complete works package I bought back in college. I’ve tried to like it, I just don’t. I prefer the Williams and Russell interpretations.

Probably Williams the most. He gets dogged for not using enough rubato. I think there’s beauty in the subtlety of his approach though, and haters gonna hate lol Williams is an absolute monster. My teacher and I would get into arguments about Williams all the time. We’d use his interpretations of sort of a baseline, listening to recordings together and he’d just shake his head the whole time lol To each his own I guess.

Thanks. To me that old Barrios recording shows tempo isn’t even so essential, as long as you flex it with taste, consistency and to an effect. John Williams is not for me, sorry Williams fans

That is just all over the place.

There are 33 pieces in Apple music from Augustin Barrios, from 1913 - 1942. It is categorized under New Age. Didn’t expect that one.

John Williams is not for me, sorry Williams fans

That is just all over the place.

I’m not offended one bit by that

In fact I just listened to the Williams recording right now and you’re right. Quite different from the way I remembered it. Rubato should stretch, he’s pretty start/stop in this one, isn’t he? I’ll stand by his tone though. His sound is always superb.

Yeah, of course, what else?!

Is Vals Nº 3 in drop D tuning? It should be under Metal, obviously.

Yeah it’s in drop D! But since my formative teenage years were the 90s, drop D means killing in the name, blackhole sun and heartshaped box to me. So I think it definitely goes under alternative rock!