this is one measure out of a book i bought.

the player in question i will leave anonymous

there is no explanation as to how it is suppose to be picked or fingered, or at least how he plays it.

so before i forget to add this, before people flood the replies, it is a measure from a book on technique.

Well, a transcription is simply a reference point - it’s always been just one person’s interpretation of “how” a line is played. Certainly there is going to be things that just won’t work for everyone.

I personally have long, long, LONG since given up on practicing things like this that are, umm… “in position” as a speed development thing because for me personally ( I can’t speak for you - I barely know myself… lol) ascending 4’s like this is kind of a nightmare for me, and trust me I have practiced the. crap. out of it every which way to Sunday and have have come to the following conclusions;

Playing Ascending 4’s And Descending 4’s is inefficient for me because a) I have an Elbow mechanic and a single escape technique - usually a DSX. So the problem for me is uneven number of notes per string vs rhythmic groove. Now, I have tried to develop a DBX or a 2way pickslanting thing with mixed/non-existent results. Really, it’s a lot more efficient for me to come up with a way to play what it is I want to play using the technique I have available. THAT is what I have learned from this site and Troy’s videos.

Anyways, as per the included graphic I have 2 ways that I can successfully play ascending 4’s.

Anyways, maybe tablature is part of the problem? Position playing and reading studies perhaps…? Then again reading studies aren’t really about super-speed, are they? I don’t know. All I know is my own experiences. But I do know this; there are about 50 books with variations of ascending 4’s in it played the same way (in position) and not one of them tells you what to do when you just can’t play it past 130bpm.

(easy answer - just do something else!)

oh trust me i understand your frustration and i see the solution with the one i have is that you swipe rest stroke on the first 10th fret on the c on the d string to upstroke the note. then just use the same directional slant to play the rest with down sweep string changes.

but i mean i figure the guy teaching his technique in a technique book would at least say something on it, or that he deviates from the normal economy musical ascend string changes when there is an inconsistency of one picked note on the next string. or say that he swipes it. i just think it is bad to do that to a paying customer when it is a book titled technique on the cover.

heck even you offered better advice for free and i wasted money on this book where its just not complete.

Or… He doesn’t know what he does, and leaves the “notes to be the teacher” if that makes any sense…?(ie, “keep grinding this 4 note pattern, in 6-20 years you will be fast!”)

I mean what do you do? Ascending 4’s happen in music lol

maybe only we are suppose to slur it, and leave the picking to the picking magicians who hide their picking tricks, even to paying customers.

would be like buying a how to magic book without the gimmicks.

Maybe the author is terrible at notation and just doesn’t know how to convey what he does on paper. How DO you notate pickslant/escape and mechanics exactly? Troy has pretty much created the vocabulary but it’s still missing a lot in terms of being easily explained to idiots like me.

Troy has pretty much created the vocabulary but it’s still missing a lot in terms of being easily explained to idiots like me.

you hit the nail on the head there needs to be much more than just down and up, you have swiped ups, maybe even swiped downs depending on pick slant but that would require muting the strings to hide the swipe, then you got rest strokes probably both down and maybe even reverse resting on upstrokes and dont forget to notate rest strokes on hammer on a pull offs as well. and i believe you can also have swiped rest strokes to take it even further.

Troy has pretty much created the vocabulary but it’s still missing a lot in terms of being easily explained to idiots like me.

Have you gone through the pickslanting primer? If you go through it from start to finish, it’ll cover everything that we currently know of, for the most part.

For the ascending 4’s, as an example, it really depends on what your primary is. I’m forearm and wrist. So for me, the easiest way to play it is to swipe. There is no way I’d attempt to do it “cleaner” with a secondary or helper motion. For me it would feel like wasted time.

For a dsx motion… ascending might be tricky. It’s not my primary so I’d have to pull out the guitar and see haha.

For a dsx motion… ascending might be tricky. It’s not my primary so I’d have to pull out the guitar and see haha.

i think for both dsx and usx when you go a certain way the 2nd set in the sequence is going to require a pick attack pull off/hammer on to get the pick back to the other string, no way around that if you stick to a specific slant. now if you two way slant you can pick everything both ascending and descending. or we could just flamenco 3 finger economy picado and solve all our problems.

Two way pickslanting isn’t really what we see though. That was what it looked like at the time, but since then a lot more discoveries of what players are doing have been made.

Andy wood for example. He does make upstroke string changes, but he is a dsx player. He also doesn’t have much of a slant due to his setup. So two way pickslanting isn’t really used anymore. Primary plus secondary motion, swipes, sweeps added to the primary is more often what is seen.

for myself i would probably just stick to one slant and do swipes and possibly the occasional upstroke when musically descending only because i have been engraining that 3 string yngwie arpeggio picking pattern with the up up not deviating the slant so it feels natural although this goes against the grain of gypsy rest stroke always switching on downs. i still do use this manuever only because i have been doing it my whole life. but i would also be utilizing the down, up, pull off, down, rest, hammer on/pull off, unrest, up as well when musically descending.

but that occasional upstroke sweep seems rather pointless, and honestly might be better to start training the middle finger pluck to help begin swybrid development and to assist with wide string skipping instances. let me show you how simplified it gets when you swybrid this pattern with gypsy style picking slant Scottulus shows the ascended version, here is both ascended and descended in a 3nps shape.

from what i can tell those plucks always work best for my slant style after an upstroke as the wrist has turned upward so the middle finger is exactly in position.

i am not sure how much marshall harrison’s swybrid is mentioned on this site but actually it makes complete sense to utilize this to go super fast.

the thing i would be thinking about now is how to engineer something so that when the middle finger plucks it has more of a pick like sound. something to put on the end of your finger.

i mean this isnt even swybrids full potential cause there wasn’t really a sweep. but it does help in certain situations to use half of the mechanics of the motion to aid in the inconsistencies of certain sequence scale picked patterns.

Yeah, I love the pick and fingers + sweep thing… While I work on getting the double escape thing down, that is always there for me when I get frustrated. lol Which is a lot! hahaha Every step forward is more like maybe a millimetre… And the only thing that bugs me about pick and fingers is the tone - that plucked note sounds not quite how I like it, hehehe as you mentioned!

As someone who player played chicken pickin’ for years, you’ll develop callouses and that does help even things out, others like Johnny Hiland use extensions.

How about a finger pick… 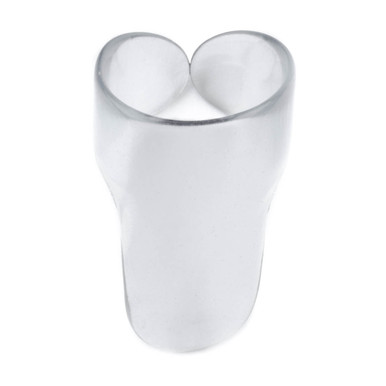 From picks to pedals and every accessory in between, Dunlop Manufacturing has been creating world-class gear for musicians for over 50 years. We consistently create the best selling picks and analog electronics, and carry a large line of accessories...

Me: “I can finally learn that solo I couldn’t figure out by ear.”
The band score:

I’m 50 and I grew up with Mel Bay chord books and later the officially licensed transcription books with standard notation and tablature for my favorited artists, chief among them was Edward Van Halen. The transcriptions, especially the lead guitar parts were (and still are) WOEFULLY inaccurate. It caused all sorts of problems that took me decades to correct.

What I’ve learned is that the people that transcribed rock music are very often not dedicated fans of the music they are transcribing and they are always doing so under the gun of a publication deadline for a magazine or a book. Most of these people do not have the time, resources or the inclination to actually get transcriptions done with any degree of true accuracy and virtually all transcribers leave out the details of left hand fingering and right hand picking directions. And of course there was no ability to slow down recordings without altering pitch…there was no internet to easily compare bootleg live audio/video recordings and no availability of isolated tracks to study. Even cross referencing interviews for evidence was much more difficult in the pre-internet age.

This is why I include these details for every note of my transcriptions and why I try to take full advantage of every modern resource. This is also why I seek the help of smart, like-minded people to collaborate on figuring things out as well…many such people are in this very forum!

I can only recommend that you take this lack of detail and lack of accuracy as a challenge as I have. Use it to motivate you to develop your ear…use it to motivate you to chase down all the audio/video and interview evidence you can find to make your own truly and demonstrably accurate transcriptions. I would still compare and study all available official and unofficial transcriptions and then create your own “ultimate” transcription and continue to study and constantly refine it. It’s extremely rewarding!