Interesting that Troy doesn’t look at this technique as a viable movement. Correct me if I’m wrong. I know hes addressed it, but not in a meaningful way.

What are thoughts on this movement?
Its soooooo small in contrast to all the CTC movements, and practically anti wrist

of course there is Ben Eller too, which makes it even worse. All brunettes too, they should at least dye their hair diff colors

Cesario Filho has an “Yngwie” course where he teaches a bit on the thumb…of course its in Portuguese so thats a slight issue lol. But just going by the video he is showing that thumb joint movement is a part of Yngwies style and it generally works best when matched with pretty aggressive edge picking. In other words if the pick were held parallel to the strings then thumb joint movement would be useless lol

you can see it clearly in most of his vids. I picked one at random

A lot of Japanese players seem to be thumb guys and/or have certain other pick hand idiosyncrasies. The guys Ben lists seem to have 3 different styles. Ohmura is a big time thumb guy. Shima seems sort of like a Yngwie/usx type where he uses the thumb sometimes. Ohta, at least in the one vid i saw, seems almost like a Jake e Lee or John Sykes type where he plays a lot of flash stuff filling in with tons of left hand

Some of the hardcore downward slant type guys use some big movements but in the end I think it does establish a ceiling on how fast they can go. Zakk Wylde comes to mind.

Seems to me that big slants and big movements work more for guys with good natural athletic arm speed. Its a more muscular way of playing in a sense. Sort of a legacy of gypsy playing style

I have given some thought to Troys teachings and the fact that he has certain opinions and preferences for teaching. Of course none of us had probably given much thought to these ideas before 2014ish or whatever.

Meanwhile other teachers, Claus Levin comes to mind, teach almost a dead opposite group of ideas. Nevermind that most of the guys who Troy has interviewed were not really consciously aware of things such as pick angles.

So what gives?? How did people achieve massive skill in the past??

So who is right, Troy or Claus??? They both are lol.

The way I see it is like this. There are different methods to achieve great guitar technique. Different styles.

Some people happen to gravitate towards a one way slant type of thing…perhaps a gypsy style with pretty decent downward slanting. Well then by definition they will adapt the other facets that make that style work. Maybe small movements arent a total prerequisite. Maybe they develop legato solutions too, ala Yngwie. Maybe picking DEPTH also isnt as important to them. There is more room for error built in because their style allows them to clear the strings anyway etc. So they can pick deeper and make bigger movements.

But there is at least one other path. Some players gravitated towards a more neutral pickslant…maybe even a lack of slanting. This type of player doesnt have the sort of “room for error” that is built into the gypsy hard-one-way-slanting style. Hence they develop very small precise movements and shallow picking depth. They may not be consciously aware of “two way slanting” because they never thought to give it a name. To them its just scale playing. The movements are so small as to be imperceptible, maybe even to the player.

To me this is where some of the teaching confusion comes in. A lot of troys ideas get filtered thru the fact that he cut his teeth for a decade playing downward slanting, thinking that was the only way. Whereas a guy like Claus gravitated more to the second path I described. Hence, Claus is sort of like “pickslanting?? wtf is that??”

Neither is “right” or “wrong” or “better” or “worse.” Its just horses for courses. Some stuff can be mixed and matched but some stuff cant.

Its kind of like 2 guys who weigh 175lbs and are in good shape and they are giving fitness advice. Well one guy used to weigh 350 and had to fight his way down…the other guy was chronically skinny and weighed 95lbs and had to fight his way up. Do you think their advice will be the same?? They both got to the same place but by different paths. Therefore they have different perspectives

In the pickslanting primer Troys mentions “breaking the plane” of the string. True. But by HOW MUCH?? Some guys break the freak out of it and thus if they end up being great its because they find a way to fit it into their styles. Another guy barely breaks it at all and he ends up with more options IMO.

for instance, when I look at one of my heroes, Jake E Lee. Great player. The Badlands first album is probably in my top 3 most listened to ever (alongside VH2 and Blue Murder first lol)

But when Jake tries to play certain lines fast it looks like he tries to use a 2 way slanting vibe but with big sloppy movements. Yeah, good luck with that. he made it work on stuff like Bark At The Moon solo etc but was it a really locked down and repeatable technique?? Nah.

there is a limit to how fast one will be able to play with bigger movements in certain systems. all that right hand slop disallows ynwgie type speed. check the 50 sec mark

But of course it sounds good

The use of the thumb is briefly mentioned in the Joe Stump interview.

This probably dependent on grip and maybe other factors.

I try for as little edge as possible. I use thumb and index movement on every pickstroke, and my speed, accuracy, and control take a big hit if I don’t. (Edit: The effect of the finger motion is to move continuously between leading and trailing edge, but I time it so that the pick edge is neutral when it strikes the string.)

I use an extended pincer grip, though, not a trigger grip. So that probably makes a difference.

Is Ben using the pincer grip? Like Michael Romeo?

In the video above he uses a trigger grip.

I’m not entirely sure the thumb movement thing is something you can just do by moving the thumb. Rather, I think it’s a consequence of the lines a guitarist plays, usually with economy and sweep picking as the basis. It’s a testament to how effortless and inuitive Yngwie’s system is, that his body seems to just know to use the smallest, most delicate joints and movements to produce insane speed and tone when given the proper environment of pickstrokes and note choice.

I took a lesson from Jon Li years ago. He’s a death metal guitarist (or was?) and uses primarily economy picking or at least did when I knew him. In person, it appeared as if only his thumb joint moved. At the time he said something to me I’ll never forget: “Do you really think any of these players think about these things?” We were talking about Eric Johnson and circle picking.

I responded no, but I didn’t believe it. It took years for me to realize he was right.

“Do you really think any of these players think about these things?”

most of the “stars” learned as kids. Not a lot of conscious thought processes going on.

Us adults think that we can “brain” our way into things. In a way we can but I think we have to try to not lose the “just do it” aspect too

I agree. I think it’s funny that if you jump on YouTube and look at the comments sections for young players like Lisa-X you see a lot of people saying “I want to put my guitar on eBay!”

I think the response should really be “If a kid can do it, then why can’t I?”

When u look at where Rick Graham was after 2 years of playing…just massive shredding. Then you hear Claus Levin say that he got the bulk of his skills in about 2 years.

Rather than depress us it should make us say “well who cares how long ive already tried, I SHOULD be within 2 years of massive shredding”

We tail chase so much though that we go in circles.

Im really getting back into my gym workouts the last couple months. Its awesome (after a solid 5 yr layoff lol).

Im pretty sure the same thing applies in the gym. if after 2 years you dont look radically different, you are doing some things WAY wrong

Any players out there use this technique but with mainly a DSX wrist setup?

I know how to do it just wondering if there are any great players that might do this with a more DSX style wrist placement.

Did you see this recent thread?

He says it’s a neutral setup and USX/DSX happens almost for free if you just change your angle slightly. To me that indicates if you wanted all DSX, you’d just slightly pronate a little.

I have used that thumb-forefinger technique in the past. Chris Brooks told me to not do it. A few other people in their videos have said not to do it. But I disagree with them totally. It is a viable technique to use. The pick is always in contact with the string which is good and you can make very small movements this way.

Did you take a lesson with Chris Brooks? What was his reasoning for telling you not to do it?

No I never had an in person lesson with Chris. He saw a video of me playing. He told me to knock it off because he said you can’t get any real motion with it.

in fact it sounds pretty killer

He used to look like pure index-thumb movement - I think that’s still the primary driving motion now, but he also has some slight forearm rotation going. Here’s an old vid, cued to his fast attempt. 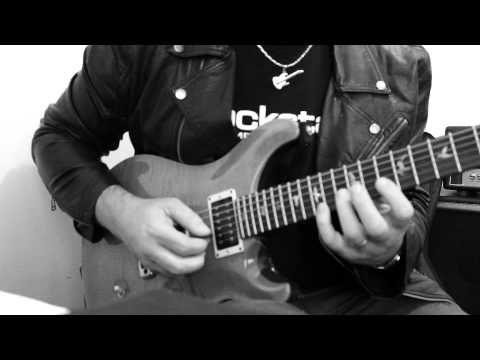