Another “unofficial” quick lesson from me. [Meaning it’s not official CTC material or representative production value!]

Mostly improvised, although I had a rough lesson plan in mind. The key idea I wanted to share is a simple “trick” to experiment with the sound of modes and make scale practice al little less boring.

Key idea: skip the second note! This also has the benefit to give you a slightly different fretting & picking pattern, compared to your usual “3nps” stuff. And variety is good right? 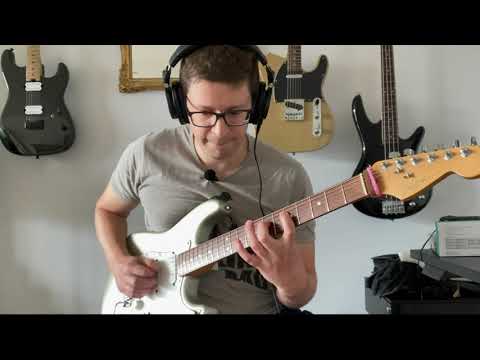 Hope you can get something out of it and as usual feedback on my delivery / explanations etc. is welcome so I can incorporate it when I film more proper stuff for CTC

Thanks for watching @jptk! I asked for feedback elsewhere and I concluded I am going a bit too fast from concept to noodling.

Also, the way it currently is, the lesson is a bit “advanced” because it kind of assumes people already know modes and the associated fretting patterns.

Just for teaching practice I may try to record this again with better pacing, clearer examples and perhaps I will just focus on a few of the modes, with all 7 it gets laundry-listy.

Hey @tommo I liked it, nice job. It’s application focused which I think is vital for…everything

We can all google how to play any scale/mode etc. You showed musical ideas of how to apply them, so mission accomplished.

I know you mentioned it’s “unofficial” CtC. Maybe one way to get slightly more toward “official” (without having to get awesome at video production lol) would be to explain some licks/riffs based on these modes and talk about any string change implications depending on USX/DSX/DBX preference. To me that would be the next logical step. Sort of like “Ah, I have this awesome modal musical idea…now how do I play it blazing fast based on CtC principles?”

explain some licks/riffs based on these modes and talk about any string change implications depending on USX/DSX/DBX preference. To me that would be the next logical step.

Ha that is a good idea! I’ll definitely include it in the next attempt

Thanks! Thinking about it again, that could even be like a “part 2” thing, if you wanted to make a small series out of it.

Ah okay! Well I think a bit of noodling is required so we can hear how avoiding the 2nd in the mode sounds. Playing the scale straight up and down, although that still sounds cool, probably wouldn’t give the same effect as playing some licks using your idea of skipping the 2nd degree. Hopefully that made sense?

Another thing that might help get the sound across would be to have a backing track. It can just be a static chord, maybe with a keyboard type sound to sustain it. This might also help people who are not yet that familiar with the sound of some of the modes.

Maybe even do a couple of separate videos. The first maybe to focus on the major modes and another to focus on the minor. I’m not sure if that would make a huge difference, but might help some people who aren’t too familiar with the modes yet. Give them just a few to start off with, as the 7 might be a little daunting.

These are just a couple of things off the top of my head that might help. I enjoyed the video myself as is !