Trying to get back to the dream (sort of)

Maybe some of you can relate to where I’m at with guitar - I started playing at 15, I had some friends who were really good, and there was a pretty decent metalcore scene in my pocket of the midwest. I had played piano a small bit, and played saxophone more competently (did school band classes through middle and early highschool).

After 6 months or so of messing around I was taking lessons from a teacher/jazz guitarist with a ton of formal guitar education and started getting into a ton of fusion and proggy metal stuff. I studied everything I could get my hands on - Speed Kills, guitar forums, sites with lessons and riffs, Rusty Cooley instructionals, Holdsworth instructionals, modal jazz stuff a bit.

After 2 more years I was auditioning to get into Berklee for guitar performance, but didn’t get a scholarship I thought I could swing, and decided to just go on to college and maybe try again in a year, which ended up never happening.

In that 2 year span I was able to play fast (the oldest recording I could find since MySpace ate several much older ones - is this one - I was probably 19-20 and had slacked off for a while at that point) , I knew I hadn’t hit anywhere near my potential, but I never seriously practiced again. Not the way I did then.

That went on for 12 years. Just no focus on music really. Then when quarantines hit, I started composing some electronic stuff - I have some of it up on soundcloud here
I also had some more time to mess with guitar, but didn’t so much - yet.

About a year ago, I’d been hanging out with my buddy who’s a very accomplished metal guitarist, and started getting that bug again - I’m permanently work from home now, I started setting up a home studio/office. He actualy reminded me CtC exists, which I’d come across here and there in the past. So I got the pickslanting primer, worked through it for a month or so and tried recording this. (warning, I had no idea how to record and it sounds rough as hell).

So for the last 10 months - I’ve been at it with all the free time I can spend, writing music and practicing (for the last 4 months it’s been mainly really nailing sweeping). Now I’m working on Loomis, Becker, Brandon Ellis stuff - and writing music that I actually enjoy (here’s the latest thing I’ve been writing recording).

Here’s something from today: 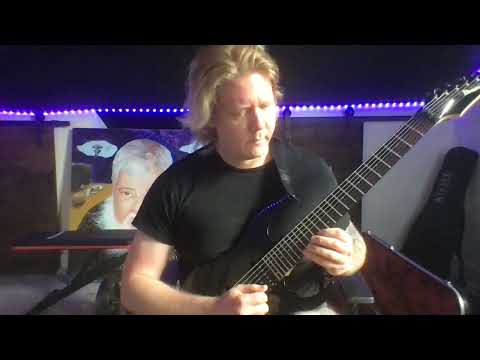