Lately I’ve been working on my picking with a focus on speed. Through feedback on Technique Critique submissions, I’ve settled into a pad-to-pad grip that is akin to what I learned to call “Benson Picking.”

But when I’m strumming (or playing a simple rock or country song), I don’t hold the pick that way. I hold it with more of a conventional grip. Habit, I guess.

Anyone else have more than one grip for upward pickslanting?

Anyone else have more than one grip for upward pickslanting?

A question to ask first is if this is a viable thing to do? My thinking is that it’s going to be limiting to have to physically re-orient the pick (e.g. to get more or less pick-point, or to move from pad-pad to trigger) between various parts of a song. I don’t think we’ve seen anyone do that in the interviews? Instead, it might be worthwhile to see if you can get a strumming motion going with your new pick-orientation. Though she uses another grip, an example to study is Molly Tuttle. The way she seamlessly moves between rhythm and scalar lines is a thing of beauty.

Thanks, Lars.
For me, switching between the two grips is not a problem. The “rhythm” grip has been my default since youth, so it’s not something I have to think about. It’s the pad-to-pad grip which took getting used to. It is unquestionably faster and smoother.
As it happens, the pick orientation is pretty much the same for both. The pad-to-pad grip is just faster, hands down. (The wrist orientation is a little different for each.) It’s a ‘trailing edge’ approach and that’s faster for me. Conversely, the conventional grip is ‘leading edge’ and that provides a bit more definition when riffing. For funk strumming, the pad-to-pad grip doesn’t feel right to me.
The conventional grip is better for things with lots of downstrokes (such as blues riffs or popular melodies with quarter notes) because it provides more definition. The pad-to-pad is better for smooth speed.
It was not a choice I made but a habit I discovered. (I use Jazz IIIs and had no idea I was an upward pick slanter for a long time because when I look down at my hand, I just see the thumb, not the pick! ;o) With the pad-to-pad grip I see the whole pick.
I can play rhythm that way too. But I often play the other way. (It’s not something I decide to do; rather, when playing and taking a glance at my hand I can see that is what I have been doing.)
If something is a problem and can only be played (by me) one way, then I have to play it that way.
But most things that aren’t real fast I can play both ways.

Paul Gilbert comes to mind as someone who can change pick grip on the fly between strumming and single-note stuff:

(PS: this whole clinic is amazing) 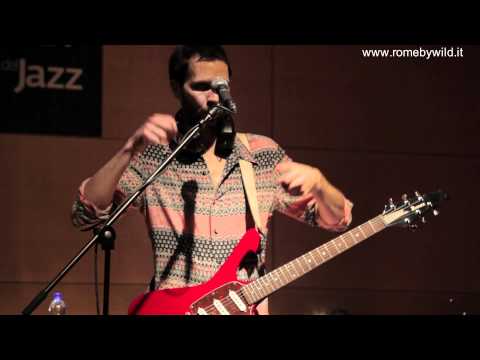 Have you looked into Cory Wong style strumming? He can get some pretty amazing strumming with a pad-to-pad style grip.

I love Cory’s playing. I spent some time on a site learning funk strumming (TastyGuitar.Com) and found the material solid but my progress wasn’t. I had trouble keeping the pick in any one position while doing a sustained 16th note funk strum. It can be done, of course, but I wasn’t able to. Not for long. So, I realized I would have to make a change. I started with changing picks and grips, but it might have been wiser to start with isolating my picking motion and finding a grip that suits that. Live and learn. ;o)
Now that I’ve done some work here and realized I’m an upward pick slanter, I’ll have to see how to make that work for funk.

Thanks, Tommo. That’s a fun video. Paul Gilbert is such an entertaining guy----he seems to have such fun playing and he can play at such a high level!
That idea of using two fingers (index and middle) for rhythm is one I’ll experiment with. (I have been told I experiment TOO MUCH and should SETTLE DOWN with one approach until it’s second nature before starting to experiment with something else.)