Is there a pickup for an SSS strat bridge position that can do both the Malmsteen/Blackmore rhythm guitar tone as well as the typical humbucker 80s superstrat tone? I’ve found that humbuckers don’t do that round chunky rhythm tone found on songs like “Kill the King”, “Rising Force” or “Highway Star” well even when split. I was thinking maybe Fishman Fluence strat set but I can’t find a demo that isn’t generic clean to slight OD blues. Any ideas?

I use Zexcoils and they fit in a single coil-sized route. However they’re not really single or humbucker, they’re… six coils. And they sell them in different windings / impedances that reproduce everything from low-output vintage to high-output modern. So I basically use a humbucker wind in the bridge, what they call the “Juicy Bucker”. It’s a little dark for the neck so in that position I use the “Throaty Bucker”. That’s kind of your matched set.

You’re not going to get the ability to change the sound like you can with a Fluence, but they sound just like “regular” pickups, they’re passive, and very low noise — much lower than a humbucker.

They do have a new model which packs two of these inside a humbucker-sized package, along with a toggle. So you can basically have two sounds that you can flip between, or four when you put one in the neck pickup. It’s a good solution for Les Paul people that want multi-sound and low noise, so I might eventually install those in the Les Paul down the line.

But if you only have single-coil routes then the originals are their best option. Again, not sound-selectable but they do have a variety you can choose from. For our original purpose, which was low noise, the Juicy Bucker sounded very similar to the Duncan Little '59 we had in there, just minus any noise or hum.

I would suggest the Quarterpound made by Seymour Duncan, it’s a regular single coil but can handle gain a lot better than most traditional single coils.

Another good option is the Trilogy Suite pickup by Bare Knuckle. Beefy strat pickup that doesn’t sound like a humbucker.

I have no experience with this pickup personally (and I only mention it because I’ve never played a bridge humbucker that sounds convincingly like a Strat singlecoil while split, or a singlecoil with the thickness of a humbucker) but the Rio Grande line of humbuckers boast what they call “true splitting” by basically being two true singlecoils, stuck together and wound in series. Their singlecoils are supposed to be great, though I’ve never tried them. Worth a look, at least.

Dang, I have a 7 string HSS, one of those would be killer in the neck.

dimarzio hs-2/3s split would do the trick I think.

I have no experience with this pickup personally (and I only mention it because I’ve never played a bridge humbucker that sounds convincingly like a Strat singlecoil while split, or a singlecoil with the thickness of a humbucker)

Definitely. I used to wind my own pick-ups - I remember going down that nerdy rabbit-hole revealed the second coil of a humbucker still affects the sound even though it’s grounded out by virtue of it’s physical position. That’s why a coil split usually sounds ‘anemic’ if you are expecting a strat-like single coil tone from a coil split - I think of ‘single coil’ and ‘coil split’ as two different animals now.

There is a common tele mod that I have put in a few strats - it involves replacing the 5-way switch with a 4-way and having the 4th position (the one you would assume is ‘neck only’) place the bridge and neck in series (like a humbucker). It’s a thick sound you wouldn’t expect from a single coil, not anemic like a coil split, however not quite as much growl as a humbucker. One downside is you lose the middle pick-up position - which is important to some and not to others.

*a mod note is that I have always swapped the middle pick-up with the neck pick-up physically as the middle pick-up is reverse wound compared to the bridge and neck - this mimics the humbucker design further. Just a thought someone could try for the price of a 4-way switch and bit of solder if you are so inclined. 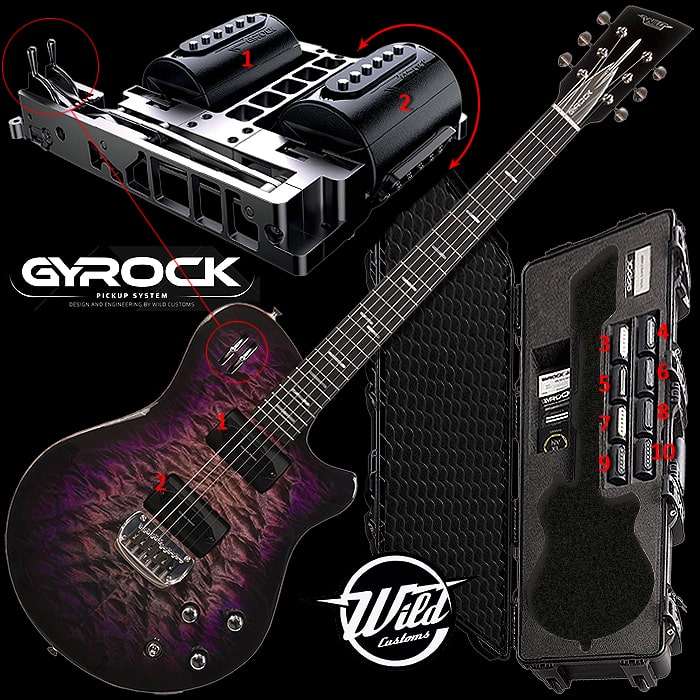 
This is a bit extreme but very interesting!

Some great suggestions in this thread. You guys are feeding my GAS receptacles

@Dissonant_Timbres What’s your amp/cab/sim situation? And what strat and pickups do you have now?